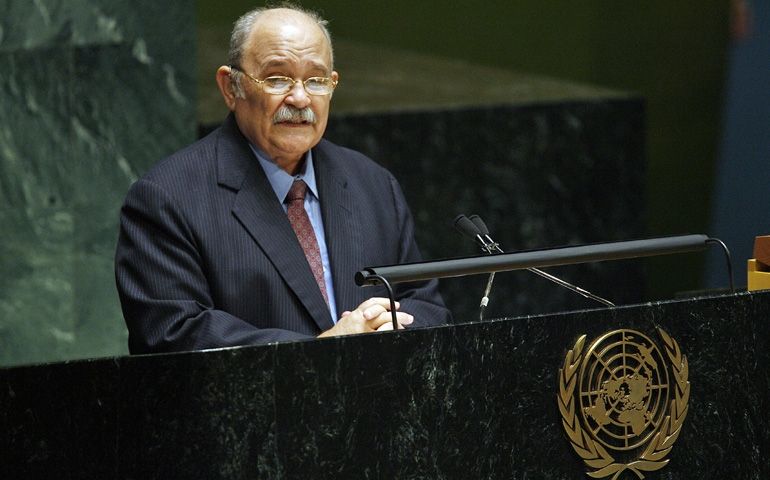 Miguel D'Escoto Brockmann, the Maryknoll priest who was suspended from the priesthood in 1984 because he was serving in the Nicaragua government, has died. He was 84.

D’Escoto died June 8 in Nicaragua, according to an announcement from the headquarters of the Maryknoll Fathers and Brothers. D’Escoto was reinstated to the priesthood and active ministry in 2014.

The Associated Press reported that D'Escoto had suffered a stroke several months earlier, but his death came "unexpectedly" on Thursday.

D'Escoto supported the socialist Sandinista National Liberation Front in its effort to overthrow the government of Anastasio Somoza. When the Sandinistas came to power in 1979, he was named foreign minister, a position he held until 1990, when the Sandinistas lost political power in Nicaragua.

D’Escoto was born in Los Angeles, California, on February 5, 1933. Son of a diplomat very close to dictator Anastasio Somoza, he was ordained a priest of the Maryknoll Order and embraced Liberation Theology in the 1970s.

NCR will update this story.

Following are some recent stories in NCR about D’Escoto:

D'Escoto served as president of the United Nations General Assembly in 2008 and 2009. NCR contributed Patricia Lefevere had an extensive interview with him at that time:

The ties that bind: How the Catholic Church can respond to the cult of personality

We talked about love, but we used hawk words