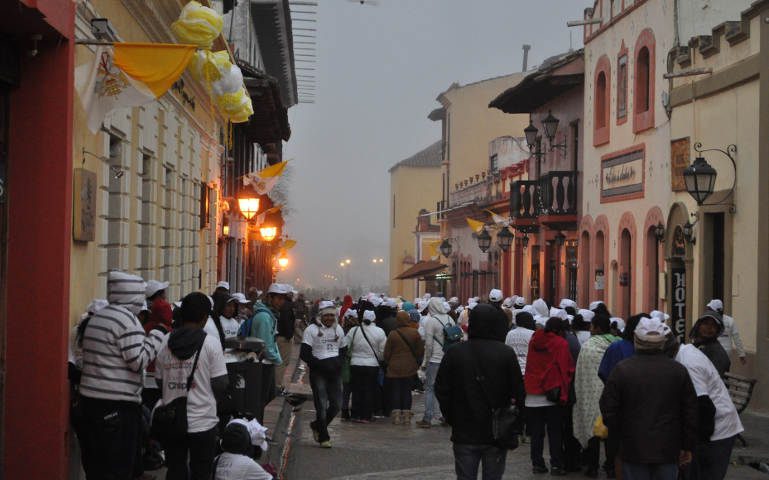 Full coverage of Pope Francis' trip to Mexico is here, Francis is in Mexico, but here are a couple highlights (ICYM them):

Obama Pledges to Appoint Scalia's Replacement "There will be plenty of time for me to do so and for the Senate to fulfill its responsibility."

Republicans rule out replacing Antonin Scalia until new president is elected “The American people? should have a voice in the selection of their next Supreme Court Justice. Therefore, this vacancy should not be filled until we have a new president,” says Senate majority leader Mitch McConnell.

What Happens to the Big Supreme Court Cases After Scalia's Death?

Perth, Australia -- Catholic Bishop of Australian Defence Force cleared of abusing boys A jury on Monday deliberated for about four hours before finding Bishop Davis not guilty of all six charges.

The European Union's foreign policy chief wrote on her blog Saturday about a new initiative to jumpstart talks on a two-state peace agreement between Israel and the Palestinians. Israeli Prime Minister Benjamin Netanyahu denied he was consulted.

Daily Bread, a series of short reflections written by four authors who meet regularly to share the readings.

Daily Bread is intended to help daily preachers and others who pray from the assigned Scriptures each day to orient themselves to the Living Word addressed to the church in the world. It's a great way to begin the day.