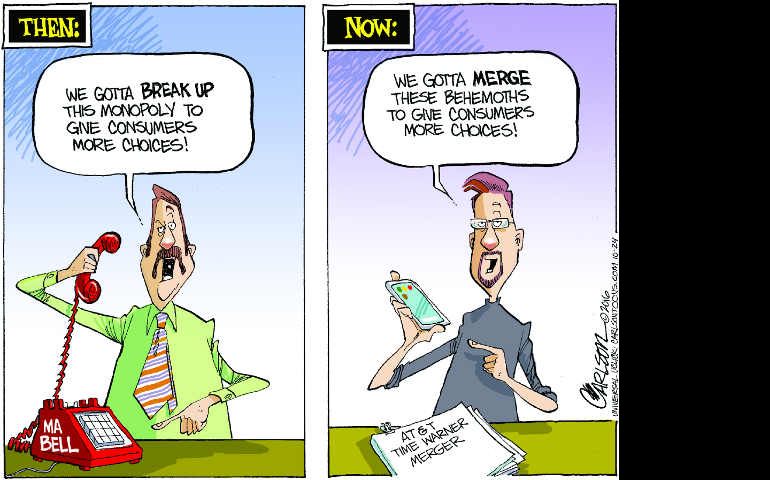 Election 2016: Last night, EWTN aired an interview with Donald Trump, conducted by Raymond Arroyo, the host of their weekly news magazine show. It had the feel of an audition: Not for Trump to be president, but for Arroyo to work at FOX News, says Michael Sean Winters

Can it be? EWTN officially endorses Trump for the papacy

Election 2016: Election guidance from Terry R. LaValley, Bishop of Ogdensburg, N.Y.: "I find it very difficult to trust two candidates who want to lead our nation. I am embarrassed, disgusted and extremely concerned about their leadership abilities, their vitriolic language, their deathdealing values and their vision for tomorrow. What is one to do?"

Election 2016: Yesterday, The Journal Gazette of Fort Wayne, Indiana, published a story about an address Bishop Kevin C. Rhoades of the Fort Wayne-South Bend diocese gave on Catholics and voting. The story isn't available now on the internet, but the paper is running this: Bishop responds to story about speech and this The full the text of Bishop Kevin Rhoades' speech, "Voting from a Catholic perspective," at the University of Saint Francis.

‘Off the charts unbelievable': Will acquittal of Oregon refuge occupiers embolden extremists, militias?

Halloween: The Catholic Bishops' Conference of the Philippines is urging folks to spend money on charity instead of costume parties. Attending Halloween parties will not benefit a person’s faith, a spokesman says.

The Egg and I: Dominican community celebrates Mother Earth

A church for the poor, not a 'pure' church

N.J. priest, a widower and father, applies family experience to his ministry