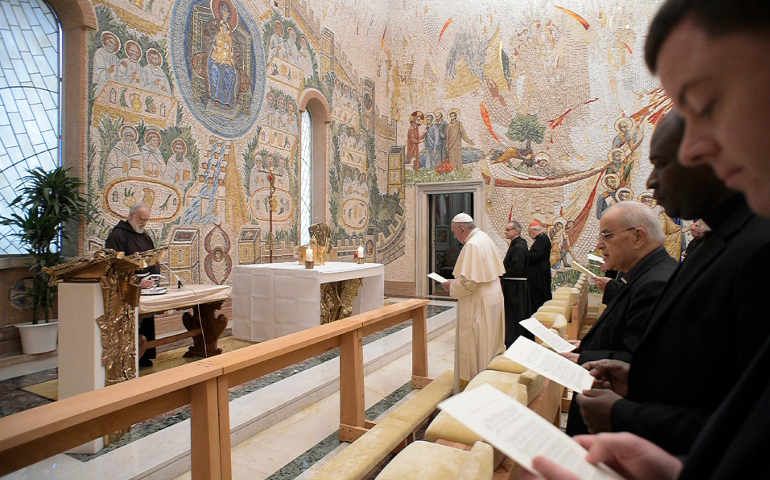 Recommended reading: Why white evangelicals are feeling hopeful about Trump: They're worried about poverty, hunger, drug addiction, and the "softness" of the country. And they've got high expectations for their president.

Cardinal Cupich shoulders Chicago's Catholic future: The Chicago archbishop has "got a lot of work to do" to revitalize this sprawling bastion of U.S. Catholicism. Collaboration is how he's set about getting it done.

Trump chooses former campaign rival Ben Carson to be Housing secretary: How important is this appointment? Maybe you haven't been following Kiefer Sutherland's latest TV show, in which the mild-mannered HUD director becomes the Designated Survivor.

Beijing -- In Trump's Taiwan Kerfuffle, Beijing Has Been Uncharacteristically Measured

Manila, Philippines -- A Catholic bishop was among 19 people honored as Philippine "heroes and martyrs" for their role in resisting repression during Ferdinand Marcos' dictatorial rule. The name of late Bishop Julio Xavier Labayen of Infanta was among those etched on the Wall of Remembrance at the country's Monument of Heroes.

Manila -- Philippine bishops support Department of Health campaign against irresponsible sex but oppose the distribution of condoms in public schools.

"Take and Read" is a weekly blog that features a different contributor's reflections on a specific book that changed their lives. Today: Mary Daly exposed the slimy underbelly of religion's treatment of women by Susan A. Ross

Chilean women march for rights, organized by the Chilean Network Against Violence Toward Women

Nairobi, Kenya -- Poor management decisions and leakage of funds amounting to at least 400 million shillings by former officials of the Catholic University of Eastern Africa have left the 32-year-old institution in a precarious financial position. That's almost $4 million.

Pencil Preaching by Pat Marrin. Every morning, Pat Marrin breaks open the Word with a pencil sketch and a short meditation.