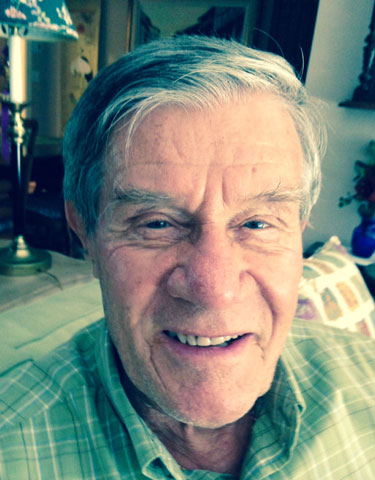 Editor's note: Introducing NCRonline's blog series "Reader's Retrospective": A special project that commemorates NCR's 50th anniversary by telling the stories of readers who have been faithfully subscribing to the National Catholic Reporter since its beginning. ​Read about the project's origins here.​​​​​​

Five decades ago, Fr. Bill Gianola was a young, newly ordained priest from the "rugged, individualistic state" of Wyoming thoroughly schooled in Latin and the "unchangeableness of liturgy," yet increasingly aware of the need for "a new kind of learning," he recalls.

Ordained within the Cheyenne diocese six months before the Second Vatican Council, Gianola spent the next 25 years as a priest at various local parishes and as a campus minister at the state university. From 1989 until his retirement in 2000, he served as chaplain at Catholic-run Memorial Hospital in Chattanooga, Tenn.

Gianola's yearlong training for hospital ministry taught him that he must be aware of his own feelings in order to help others. Being present with, and ministering to, dying patients and their grieving families were reminders of his own mortality, he said.

Gianola himself had suffered personal catastrophe as a senior in high school when his father, Tony, was killed in an underground mining accident. (His brother Jimmy, also a miner, died at the same mine 20 years later.) Though Gianola understood the dangers that overshadow mining communities, he'd never dreamed such disaster could happen to his own family. His mother, Marguerite, went on to raise Gianola's five younger siblings on her own.

Gianola wanted nothing to do with a mining career. Initially enrolled in a pre-dentistry program at the University of Wyoming, he eventually decided to transfer to a seminary. A large number of his ordination class later left the priesthood, but Gianola is convinced that the National Catholic Reporter was a major reason he chose to stay, keeping him connected to "social justice issues the church must face" and reassuring him "that the church is bigger. ... You can stay in and reform it."

Long fascinated by other cultures and perspectives, Gianola spent the last decade traveling the world as a cruise chaplain. Now a resident of Naples, Fla., he serves as the full-time caregiver of an elderly friend; he also enjoys cooking Mexican cuisine, and is a fan of local opera. At his 80th birthday party, hosted by his nieces and nephews in Wyoming, Gianola had the opportunity to hold his newborn grandniece in his arms -- Marguerite, named for his mother.

A version of this story appeared in the Aug 28-Sept 10, 2015 print issue under the headline: NCR a readers' retrospective: Fr. Bill Gianola.