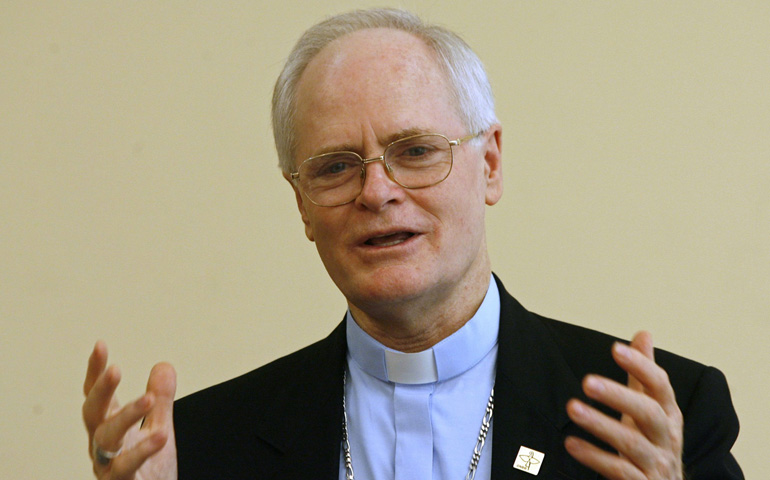 For a long time, Brazil’s great hope to be pope was a veteran of the all-important Congregation for Bishops, giving him a reputation as an insider who knows how to make the Vatican work, but with vast experience too of running a complex archdiocese in the world’s largest Catholic country. Seen as close to the pontiff he served, this Brazilian was never tainted in the mind of some cardinals by association with his country’s progressive liberation theology movement, but wasn’t part of the most ferocious reaction against it either.

We might as well be talking about Cardinal Odilo Pedro Scherer of São Paulo, but in fact the reference in that paragraph is to Cardinal Lucas Moreira Neves, a longtime intimate of John Paul II and former prefect of the Congregation for Bishops, who died in 2002 from complications related to diabetes.

For the better part of the decade before his death, Moreira Neves was seen as tanto papabile, the leading candidate to be the first pope from Latin America. He seemingly had it all; Roman seasoning, in-the-trenches pastoral mettle, and a reputation for doctrinal orthodoxy as well as a capacity for reconciliation. For most of the 1990s, the Brazilian was at top of virtually every “next pope” short list.

Today, many observers believe the mantle of the leading Latin American papabile has been inherited by the 63-year-old Scherer, who profiles as a sort of remembrance of things past vis-à-vis his renowned Brazilian forerunner.

Born in the Brazilian state of Rio Grande do Sul in 1949, Scherer comes from a family of German immigrants from the Saarland. As a seminarian he studied at Rome’s Pontifical Gregorian University, then held a series of teaching and pastoral assignments in Brazilian seminaries before being posted to the Vatican’s Congregation for Bishops from 1994 to 2001.

Scherer’s next stop was as an auxiliary bishop in São Paulo, typically seen as one of a handful of the world’s most challenging archdioceses. Though more liberal prelates in Brazil initially viewed him with suspicion because of his Roman grooming and basically conservative outlook, Scherer quickly carved out a reputation for pragmatism and brokering consensus, becoming secretary general of the Brazilian bishops’ conference in 2003.

Scherer took over as archbishop of São Paulo in March 2007, and became a cardinal just eight months later.

In broad terms, he’s come to be seen as a more traditional figure than his two predecessors in São Paulo – Cardinal Paulo Arns, who was a champion of the liberation theology movement, and Cardinal Cláudio Hummes, a Franciscan seen as a moderate. Scherer is certainly robustly pro-life. When Brazil’s Supreme Court voted in 2012 to legalize the abortion of fetuses with malformed brains, he made headlines by asking who the court would next define as undeserving of life.

Yet for the most part, Scherer does not come off as a hard liner. On liberation theology, for instance, he’s applauded the movement’s social mission while criticizing its Marxist leanings. Scherer has also embraced the strong environmental concerns of the Brazilian bishops, especially with regard to the Amazon. In 2004, he called on the Brazilian government to strictly control the expansion of farmland in the Amazon, “so that measures are no longer taken after the problem is already there, after the forest is felled and burned.”

Scherer has also offered proof that he’s capable of making his decisions stick, perhaps suggesting to his brother cardinals that he’s tough enough to lead.

In 2012, for instance, the students, professors and staff at the Pontifical Catholic University in São Paulo voted to reelect the university’s rector. Scherer, however, acting as the university’s grand chancellor, instead appointed a candidate who had come in third. The students first filed a lawsuit in protest, then went on strike, and even tried to block the new rector from entering her office, surrounding her and the bodyguards she was forced to hire and forcing them to flee in a taxi.

Scherer, however, refused to back down, and today his pick, Anna Cintra, is indeed the university’s rector. (It's worth noting that Scherer spent this political capital in order to name a woman to the university's top post.)

Scherer clearly has the esteem of Benedict XVI. When the pope created the “Pontifical Council for Promoting the New Evangelization,” a project that’s the apple of his eye, he named an A-list of heavy-hitter prelates around the world as its first members, and Scherer was one of just two Latin Americans in the mix.

Here’s the argument for Scherer as a papal candidate.

First, at the symbolic level, he would be the developing world’s first pope. His German roots, however, give him a cultural and linguistic tie to the Old World, so in a sense he could strike many cardinals as a “safe” bridge between the church’s past and its future.

Second, Brazil may be the world’s largest Catholic country, but all is not well for the church there. Not only have mushrooming Pentecostal and Evangelical movements siphoned off a significant share of the Catholic population, but in 2007, at the time of Benedict XVI’s trip to Brazil, the state-run Institute of Geography and Statistics estimated that the percentage of Brazilians with no religious affiliation had shot up from 0.7 percent to 7.3 percent in the last two decades.

In that context, the choice of a Brazilian pope could offer a massive shot in the arm to the church in a country destined to be one of the world’s emerging superpowers in the 21st century.

Third, Scherer’s experience in what’s widely seen as one of the Vatican’s most important departments, the Congregation for Bishops, coupled with his reputation for administrative chops, may suggest to some cardinals that he could execute a much-desired reform of the Vatican’s bureaucracy.

He’s dropped hints over the years that he grasps the case for modernizing the Vatican’s operations. In 2009, for instance, at the peak of the global furor over lifting the excommunication of a Holocaust-denying bishop, Scherer bluntly conceded that the Vatican hadn’t done a very good job of explaining its logic to the world.

“When we use our own jargon, sometimes everything seems clear to us, but not to anybody else,” Scherer said. “Church spokespersons have to remember that the general culture no longer has a religious formation, so our words or deeds can be misunderstood or misinterpreted.”

Fourth, Scherer’s Italian is very good and he obviously knows the lay of the land in il bel paese, suggesting he would be comfortable serving as the Bishop of Rome.

Fifth, Scherer is by-the-book when it comes to doctrinal orthodoxy, making him a safe choice for conservatives in the College of Cardinals, but he’s also seen as a pragmatist who wouldn’t necessarily impose his own views on the entire church.

There are, however, some significant question marks.

First, despite Scherer’s Vatican résumé, many cardinals say they don’t know a lot about the Brazilian. The nature of working at the Congregation for Bishops is to stay out of the spotlight, meaning he didn’t leave a deep impression during his time in Rome, and since returning to Brazil, Scherer has not maintained a particularly high international profile. Some cardinals are saying that he looks great on paper, but they’d like to get a better sense of the man in the days ahead.

Second, if the cardinals want a “missionary-in-chief,” somebody who can be a compelling salesman for the Catholic message, some Brazilians will tell you that Scherer isn’t necessarily the guy. He’s personally gracious and approachable, but in public settings he can sometimes come off as a bit too buttoned-down and cautious, and few people would really describe him as “dynamic” or “charismatic”. That’s true not just of his personal style, but also the kind of Catholicism he’s willing to embrace.

For instance, Scherer has voiced reservations about Fr. Marcelo Rossi, Brazil’s most famous Catholic priest, whose exuberant liturgies draw tens of thousands of eager Brazilians a former glass factory on the southern edge of São Paulo. (Rossi once actually celebrated Mass for two million people on a Formula One race course.) Scherer has testily said of Rossi that “priests aren’t supposed to be showmen,” but many Brazilians insist that Rossi is actually the “New Evangelization” in action.

Third, given his ancestry, some cardinals may look at Scherer and see not necessarily the first Brazilian pope, but potentially the second German pontiff in a row, and ask themselves if that’s the right profile.

Fourth, the last two Brazilians who came to Rome, Hummes and Cardinal João Braz de Aviz (who currently heads the Congregation for Religious), both have been seen by insiders as nice guys but somewhat inconsequential, so there may be some built-in ambivalence about a Brazilian candidate.

Fifth, some observers question how effective Scherer has been at stemming the tides of Pentecostalism, secularism and religious indifference that have eaten away at Brazil’s Catholic base. It’s unreasonable, of course, to expect anybody to reverse decades of cultural trajectories all by themselves, but some cardinals may nevertheless think, “Do we want the whole church to go the way of Brazil?”

A decade ago, Moreira Neves died before his chances of becoming pope were ever tested in a conclave. Today, despite these reservations, Scherer may well be the man to carry Brazil’s chances one step further – whether he actually is elected is anyone’s guess, he seems certain to get a serious look.