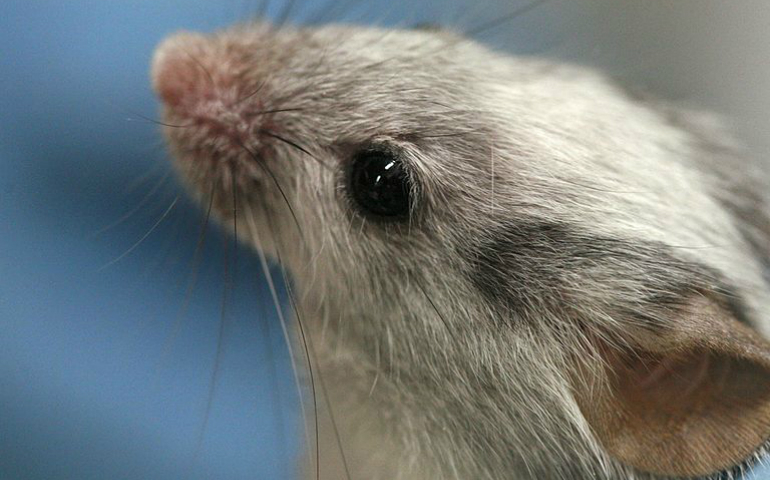 If there were a meeting between Pope Francis and U.S. President Donald Trump, it would be great to be a mouse listening in the room. (Wikimedia Commons/Rama)

The administration is reportedly reaching out to the Vatican to see if it might be possible for President Donald Trump to meet with Pope Francis when the U.S. leader is in Sicily in late May for a summit of the Group of Seven (G-7) nations.

It's not yet clear if it will happen, but if it does, I'd love to be a mouse in the room!

Still — whether the meeting gets scheduled or not — it's fun to think about what subjects they might discuss. For the record, Trump is a Presbyterian (nominally, at least) but no president, of any faith tradition, can really ignore the pope these days — especially this Pope. Thus … the attempt at a meeting.

So suppose they do meet … I would hope that Pope Francis works on the "education" of Donald Trump. Now, they would definitely need more than 15 minutes to cover this curriculum, but here are what I believe to be the essentials.

First, Pope Francis should give Trump a copy of "Laudato Si': On Care for Our Common Home," his encyclical on the environment. And he should emphasize the fact that climate change is real, a developing and dangerous reality recognized by more than 95 percent of the scientific community.

Second, Pope Francis might have a "heart-to-heart" with Trump about the dangers of colluding with Russia in today's world. I am sure that Francis knows a great deal more about foreign affairs than Trump (most of us do, I suspect), and he might enlighten Trump about the Cold War and, especially, the struggles in Poland under Pope John Paul II … struggles in which Russia played a role in attempting to suppress democracy.

Third, Francis might describe the suffering of the poor, in Italy, in his native Argentina, and in the world generally. That is a reality outside the experience (and probably the world view) of Trump. But Francis could encourage him to "see" that reality, learn more and provide generous foreign aid to those "on the bottom." I suspect this would be a novel idea for Trump.

Let's assume for a minute (in a dream world) that this conversation is possible. Would Trump hear — really hear — Francis' messages? Would he give Pope Francis enough time to develop even one of them? Hard to say. And if even one of them were presented, how would Trump respond? Very hard to say.

So, Francis … if you are reading NCR these days … this is worth a try! Nobody else seems to be able to educate Trump on the basics of our world, and an ethical path forward. Maybe you can! It would be a service to all of us!