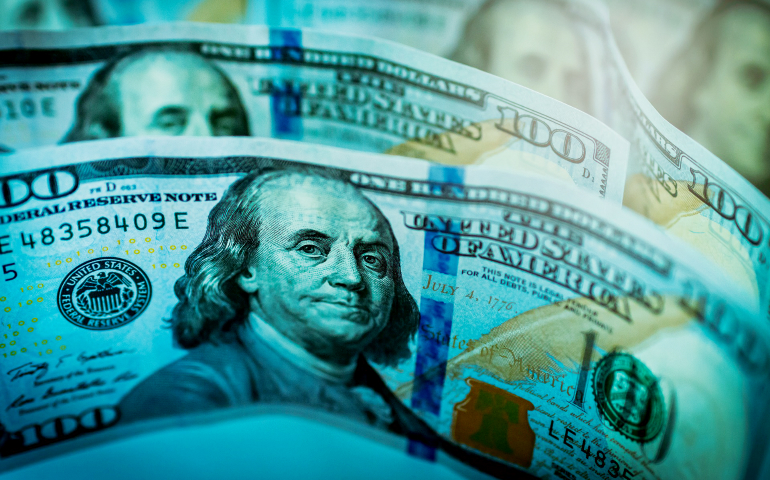 In my experience, throwing money at problems often solves them. Scores rise in schools that have enough money to meet the needs of their children. Health care outcomes are better where the clientele are wealthier and better insured. The sports team with the most money wins. So does the political candidate (present president excepted). Wars are generally won by the richer side.

We act as if it is a terrible thing to throw money at a problem — like poverty or low-performing schools. Consider the job-training needs of unemployed coal miners and insurance executives when coal is no longer legal and single-payer health care is the law of the land. I grant that these last things haven't happened yet, and, in fact, fear of job loss is one of the obstacles to planning for job loss, as if doing the planning would make job loss more likely. It's a set of problems that would go away if we would just throw some money in the problems' path.

Now, I know that "throwing money" carries the implications of no oversight, no planning, no sense of what the outcome might be. And I would argue that we do throw money at the Pentagon in that very mode of impulse shopping, mostly in the vague hope that it might create some jobs and in the vague fear that it might deter somebody bad out there somewhere.

If we had a guaranteed income floor of, say, $30,000 per head of household, a minimum wage of $15 an hour, we fear that the poor would imitate the idle rich. But we see in Scandinavia that income security fosters educational and career goals.

The United States could be the land of plenty instead of suffering the scourge of billionaires who are forever reducing the quality of our lives. (I just spent three hours at our polls, asking voters to reject one billionaire's sales tax proposal.)

Imagine if we did share the wealth. Remember Jesus' injunction in Matthew 6:21: Where your treasure is, there your heart lies. See also Luke 12:34. Jesus was making a good point.