The Trump presidency is at hand 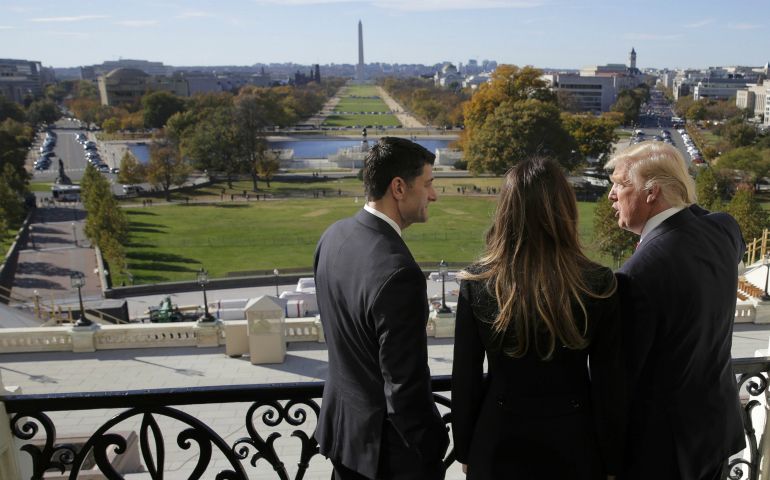 In a few short weeks, we will have a new president. Pundits and voters alike are still shaking their heads over the campaign that produced President-elect Donald Trump.

We used to call President Ronald Reagan the "Teflon president." No matter what he did, it seemed that nothing stuck to him. I'm not sure the words have been invented yet that can explain how, despite everything that happened during the campaign that would have doomed a lesser figure, Donald Trump keeps marching on.

Some of the concerns voiced about a President Trump are seen in this article written during the campaign. It provides a quick review of all the reasons the never-Trump crowd was, in fact, never-Trump. The article notes that Trump is vulgar. He speaks against women, Mexicans and Muslims. The list of well-known and unknown figures he has insulted is endless. He is seen as both racist and sexist.

The attempt to psychoanalyze this figure also moved into high gear. Here is one attempt by three renowned psychiatrists. While they could not offer a definitive diagnosis (because of professional ethics), they had no problem indicating their concerns. They listed his grandiosity and impulsivity. They were concerned about his hypersensitivity to criticism and his apparent inability to distinguish fantasy from reality. They ended up questioning his fitness for office.

Finally, a New York Times opinion piece looks at President-elect Trump and suggests what we may have to fear from his coming presidency.

Initially, the author, Dani Rodrik, suggests that on the economic front, dangers may be less great than many fear. He will probably not be terribly protectionist despite his rhetoric. Rodrik, however, does not address the harm that Trump's economic policies may cause to the greatest in need among us.

Rodrik sees the great danger of the Trump presidency as being the undermining of the politics and norms that sustain our western democracies. Trump advocated divisive politics of identity — he raised racial and ethical tensions and inflamed passions against imagined enemies — Mexican immigrants, Chinese exporters, Muslim refugees.

Trump will fail to keep his promises to the poor and middle class because no one can bring back the manufacturing jobs that have been lost forever.

When his supporters start to be disillusioned, Rodrik fears Trump may react to any criticism by intensifying his identity politics. He will "rip American society further apart along racial and ethnic cleavages. The ugliness that characterized politics during the presidential campaign may be nothing compared with what may be yet to come."

I said immediately after the election that Donald Trump will be our president and we must try to work with him when we can. We must not do to him what Republicans did to President Barack Obama. I still believe that, but neither can we remain complacent.

The signs during the transition have been disturbing. He has even interfered with the activities of a sitting president. Still, he has taken no action as president yet. We need to hope and pray that he will not be as bad as the evidence suggests. He is entitled to a honeymoon, but it is likely to be short lived. We need to be vigilant and make clear our continued support for the poor, the immigrant, and all those threatened by many of his policies.

Those who are concerned about the results of this election need to consider involving themselves in the political process starting at the local level. School board members, state legislators, every level of government needs to be impacted by the Gospel and the spirit of Pope Francis. Active involvement in the process is required.

It is a time for vigilance followed by activism. Let me suggest two Catholic organizations worthy of your consideration: Faithful America and Catholics in Alliance for the Common Good.

Politics | The Trump presidency is at hand

President Trump has abilities that need to be carefully noted

Trump's legacy may be unintended consequences