Trump's problem with the truth 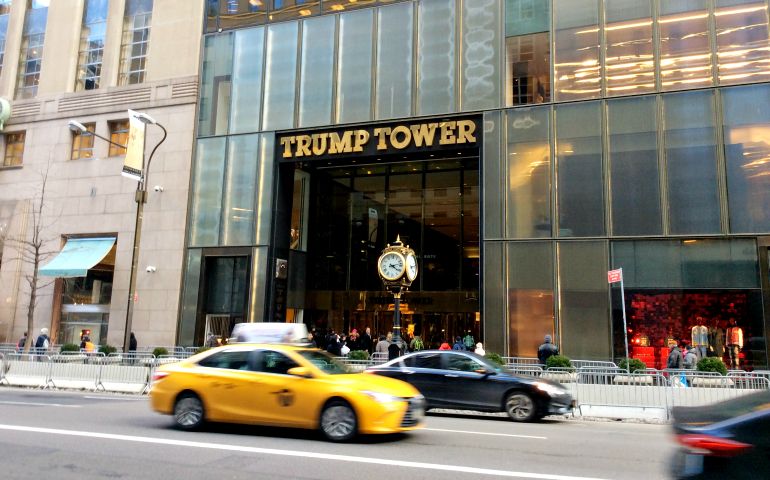 I don't know about you, but one thing that was hammered into my head as a young person was the importance of being truthful. My parents, parish priests and, of course, the nuns who taught me in school — all emphasized the importance, the centrality, of truth-telling in life.

Indeed, this is the Eighth Commandment: "You shall not bear false witness against your neighbor." And Jesus called himself "the way, the truth and the life."

In addition, the Catholic catechism has strong words about lying or misrepresenting the truth: "Offenses against the truth express by word or deed a refusal to commit oneself to moral uprightness: they are fundamental infidelities to God and, in this sense, they undermine the foundations of the covenant."

That's why I find Donald Trump's inability to come to terms with the truth on so many occasions to be deeply troubling. If you doubt the frequency of his public telling of falsehoods, you might want to check out Politifact, which routinely scrutinizes the statements of many public figures for the truth.

And these statements by Trump are not about trivial issues. They deal with the size of the national debt, the defense budget and the countries from which terrorists typically come.

Most recently, he sent out tweets accusing the Obama administration of wiretapping his offices in Trump Tower in New York during the presidential campaign. As The Washington Post wrote in its headline: "Trump, citing no evidence, accuses Obama of 'Nixon/Watergate' plot to wiretap Trump Tower." No less a figure than James Clapper, who directed national intelligence under President Barack Obama, denied the assertion flatly on "Meet the Press" on Sunday, March 5.

Why did Trump make such a claim? My guess is that he wants deflect media attention away from the scandal with Attorney General Jeff Sessions, who testified (falsely) in his confirmation hearing that he had not had conversations with the Russians — when he did indeed have such conversations. Under pressure, he later admitted it.

Sometimes, all this can sound trivial in the media. But it is not. Truth-telling is a bedrock principle of democracy. If public figures cannot reveal something that is confidential or top secret, we expect them to say that. If they have to speak unpleasant truths, we expect them to do that too.

What we do not expect, and cannot tolerate in a democracy, are blatant falsehoods. And we've already heard far too many from this administration.

Politics | Trump's problem with the truth