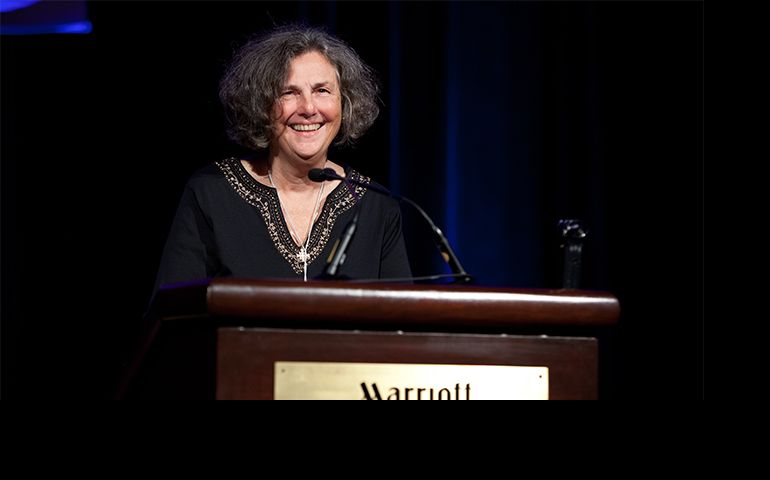 NCR columnist Phyllis Zagano will receive the 2014 Isaac Hecker Award for Social Justice from Boston’s Paulist Center Saturday, Jan. 25. The award will be given at the 5:00 p.m. liturgy at the Paulist Center at 5 Park Street, Boston.

Zagano is an internationally acclaimed Catholic scholar and lecturer on contemporary spirituality and women's issues in the church. Honoring her columns for NCR in 2013, the Catholic Press Association called Zagano’s writing “Thoughtful and thought provoking. Powerful voice for woman's perspective.”

“Her life and her work have consistently echoed the cry of the poorest of our society for dignity and for justice both inside and outside the church. This award honors Dr. Zagano’s exceptional efforts and lifelong commitment to the goals of Isaac Hecker,” says Susan Rotkowski spokesperson for the Boston Paulist Center.

The Paulist Center is a Catholic community that draws members from throughout metro-Boston as well as those  for whom social justice, education, and evangelization are central to their faith.

Budgets are about Values

Why Bishop Tobin is Truly Wrong