Listen to Jesus, see how he acts, follow him 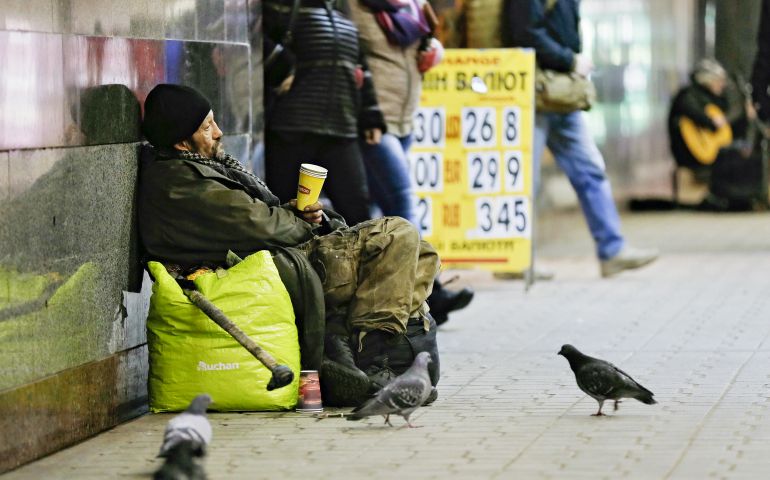 To listen deeply to today's lessons, I think it's important for us to remind ourselves of last Sunday's lessons. You may remember, the first Sunday of Lent we always hear the incident about Jesus going out into the desert and being tempted by the Devil with three very serious temptations. But in rebuking the Devil, Jesus simply brought him back to the book of Deuteronomy and quoted to him reasons why Jesus would not respond to the Devil's wishes.

Now Jesus confronts evil and he obeys what God wants. Perhaps you would know, or perhaps not, but the word obedience comes really from a Latin word, which means to listen — audire; and then it has a preface, ob audire — to listen intently, to listen responsively. What did we hear in today's Gospel? God is telling us to listen to Jesus, just as Jesus listened to God. He overcame evil, resisted the temptations, rebuked the Devil, drove him away, and we, too, are called to listen, to listen deeply.

You may remember, if you attended Mass on Ash Wednesday, that there were three things we are asked to do during Lent: to pray more intensely than ever before; to fast and do penance; and to give alms, to share the gifts that we have with those who are in need. We need to listen to those messages.

Today, that whole idea of listening is reinforced because now God is saying listen to Jesus, see how he acts, hear what he says and follow him. Listen deeply and responsively — that's what our Gospel message is today.

I think that we're blessed in the church right now because Pope Francis is one who clearly listens to God, listens to Jesus, and then teaches us, probably not so much by words, but by his example.

Just recently, there was an interview with Pope Francis in an Italian newspaper that then in translation appeared in this country. It was an interview entitled "The Pope and the Panhandler." Pope Francis had the poor, people we see begging on the streets or homeless, living in shelters or struggling just to have barely enough, people we see but also those beyond our immediate environment and other parts of the world — Pope Francis showed us how Jesus would act.

He showed us he was listening to Jesus when he brought back refugee families from the Middle East when he traveled there and he found homes for them in Rome.

Certainly, Francis is listening to Jesus who tells us to welcome the stranger, the refugee, and the homeless. Perhaps even more dramatically, he was asked about what do you do when you see someone begging on the street? What does anyone of us do?

I think sometimes we feel irritated. Why do they have to put themselves right in front of us? Then maybe we feel guilty enough that we do give something. But that's not the way it should be. If you listen to Jesus, and listen again, is what I think Pope Francis does, to act as he says.

Here's the article that describes it. He said the way of giving is as important as the gift. You should not simply drop a bill into a cup and walk away or write a check and mail it someplace. No, you should stop, look the person in the eyes, and touch his or her hands.

The reason to do this is to preserve dignity, to see another person not as a pathology or social condition, but as a human person with a life whose value is equal to your own, a person like each one of us made in the image and likeness of God.

If you read in the Gospels at any length, you'll find all kinds of examples of Jesus treating people with dignity. I think of the poor beggar on the street and the crowd when Jesus was going from Jericho to Jerusalem, the final journey of his life. Do you remember, the beggar cries out, "Jesus, Son of David, have pity on me!"

The people around him try to quiet him down like he's an embarrassment, "Be quiet. He doesn't need to see you." That's what I can hear them saying.

What does Jesus do? He stops; he calls the man over. (The man is blind, in fact.) But then, with respect (instead of presuming what the man wanted), Jesus says, "What do you want?" He engages him.

Jesus gives him his sight and the man follows Jesus on to Jerusalem.

Do you know the most important thing about that incident? Not that Jesus gave sight to a blind person, but that Jesus showed respect for that poor blind beggar who was disrespected by the crowd around him.

That's what Pope Francis is telling us. We need to try to have personal contact if we come across poor people, and find a way to reach out to the poor, the suffering, the refugee and the immigrant. They're human beings made in the image and likeness of God.

Listen to Jesus — that's what we're told in today's Gospel. Listen to Jesus, hear what he says, watch what he does, and follow him.

[Homily given at St. Ann Parish, Frankfort, Michigan, March 12, 2017. The transcripts of Bishop Thomas Gumbleton's homilies are posted weekly to NCRonline.org. Sign up here to receive an email alert when the latest homily is posted.]

Justice | Listen to Jesus, see how he acts, follow him

The Center lends help in heart of Hollywood