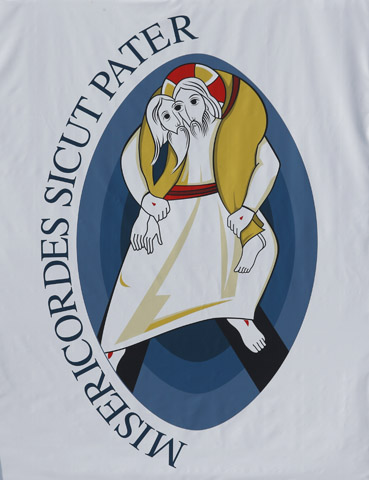 The Year of Our Lord, 2016, is off to a sluggish start at the Vatican -- according to certain reports.

Pope Francis is no longer drawing the massive crowds that were so evident in the first two years of his pontificate.

Statistics suggest that many fewer Christian pilgrims are coming to Rome to pray at the tombs of the apostles -- or those of the saintly and not-so-saintly dead popes -- that are found in various churches, crypts and catacombs throughout the Eternal City.

But even more worrying is that these pilgrims, and all other types of tourists, are no longer flocking to St Peter's in record numbers to see the reigning pope himself.

This has led some scribes to declare that the Holy Year of Mercy, which Francis opened last Dec. 8 and will bring to a close at the end of next November, is doomed to be a colossal flop.

No crowds, no party.

Catholics who have been resistant to the Jesuit pontiff's "revolution of tenderness and mercy" must be smiling. They have been terrified that his intention is to use the Jubilee to unleash a tidal wave of God's mercy and forgiveness, even to the point of allowing divorced and remarried members of the church to return to receiving the sacraments.

God forbid. This just will not do.

These peoples' greatest nightmare is that this borderline heretic pope, who never even earned a doctorate in theology, might be tempted to conform the church's doctrine to "the spirit of the world" and end up peddling "cheap grace."

This is not an exaggeration.

There are even bishops -- some of whom are in the College of Cardinals -- who use these exact terms. But their greatest fear is that the doctrinally impoverished Francis could be duped to actually usher in -- hold on your rosary beads! -- the "Protestantization" of the Catholic church.

It is in incredible that fifty years after the Second Vatican Council (1962-1965), there are still Catholics who continue to look with such contempt at their brothers and sisters who belong to the Reform churches and communities. More horrifying is that not a small number of them are comfortably ensconced in the Vatican or employed in the Roman Curia.

But it does not matter.

Pope Francis' "revolution" is well underway and gaining momentum. Even if many millions of pilgrims do not come to Rome during the Holy Year, this phenomenon cannot be slowed down.

In fact, the pope does not want huge crowds of people to come to Rome for the jubilee. He wants them to celebrate the yearlong event in their home dioceses, by being the first pope ever to encourage every diocesan cathedral around the world to have its own holy door. And not just the cathedrals, but also all significant shrines and even chapels in every prison.

So any jubilee flop will be of small consequence, even if supplies a bit of schadenfreude to those who have been lukewarm and even opposed to the way this pontificate has unfolded.

They actually know this.

And they fear that it may be the only consolation they will be able to claim. They are terrified what Francis will say (especially about divorced and civilly remarried Catholics) in his much-expected (or -dreaded) post-synodal apostolic exhortation on the family.

But not only that. They are really worried that it will not be the only document offering greater mercy that he will release in this holy year.