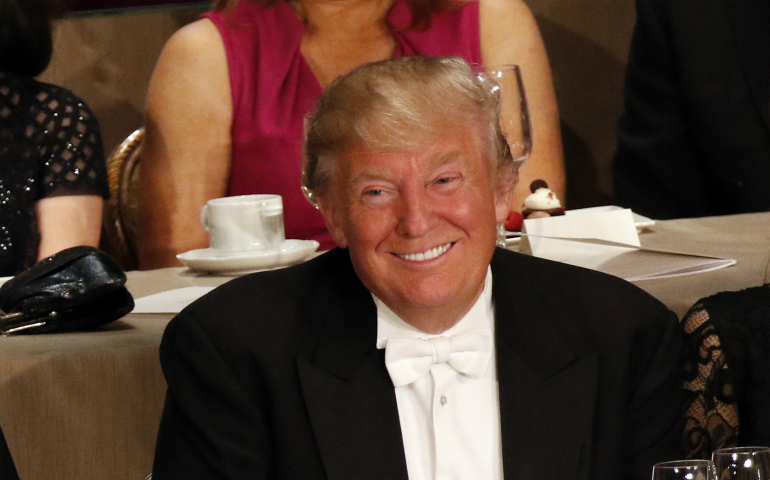 Donald Trump has described himself as a Presbyterian. From what I can tell, however, if he were arrested and charged with being a Presbyterian there wouldn't be enough evidence to convict him.

But there's plenty of evidence that he's in spiritual and economic harmony with the disastrous and idolatrous "prosperity gospel." Among the charlatans who preach this twisted message that God wants you to be rich is Paula White, who has become a close spiritual adviser to the president-elect.

So there's reason to believe that Trump's rendition of civil religion will include the idea that individuals should first seek wealth and health and that prosperity is a sign that God is on your side. The inescapable corollary, of course, is that poverty and disease are signs that God doesn't think much of you.

What is especially disheartening about proponents of the prosperity gospel is that they turn both the letter and spirit of the Bible on its head.

Time and again, Scripture warns people about the dangers of wealth, just as it teaches us to care for the poor: "The money lover isn't satisfied with money; neither is the lover of wealth satisfied with income," the preacher says in Ecclesiastes 5:10. "Those who are gracious to the poor lend to the Lord, and the Lord will fully repay them," says Proverbs 19:17. And in Luke 12:15, Jesus is reported to have said, "Watch out! Guard yourself against all kinds of greed. After all, one's life isn't determined by one's possessions, even when someone is very wealthy."

And, of course, in the counter-cultural Eight Beatitudes in Matthew 5, Jesus says that the "poor in spirit" are blessed.

By contrast, there's Paula White, described as Trump's "God whisperer." In a post-election story, Religion News Service noted that "White's TV, radio and megachurch ministries have been lucrative. In 2007, the St. Petersburg Times reported that White owned a $2.1 million house in Florida, had a condo in Trump Tower and bought [prosperity gospel preacher and mentor T.D.] Jakes a Bentley convertible for his 50th birthday."

The Whites, the Joel Osteens, Creflo Dollars and Kenneth Copelands of the prosperity gospel world have turned away from the hard words of Scripture that encourage us to have compassion and mercy for the poor. The poor, in their view, are out of favor with God and need to start pulling on their own bootstraps, though that old cliché assumes they can afford boots.

The nation's welfare system has plenty of flaws, and no doubt there are people who game the system. But it exists because of the foundational belief, nurtured especially by the Abrahamic faiths, that every individual is of ultimate worth. In his book, The Political Meaning of Christianity, political scientist and Episcopal layman Glenn Tinder calls this belief the "spiritual center of Western politics."

But if attitudes associated with prosperity gospel preaching take root in the Trump White House and in the Congress that now is controlled by the new president-elect's party, America's poor and needy are in for a hard time.

This is why it will be necessary for people who hold to traditional Christian, Jewish and Islamic values to be vigilant and to be ready to help protect the voiceless and marginalized. This does not mean that there can't be reforms to our welfare and health care systems. Indeed, reforms are needed — in some cases, desperately so.

But it does mean that when those who get battered by our economic system — many of whom, against their own interests, voted for Trump out of frustration with that system — are tossed aside by a government marinated in the prosperity gospel, the rest of us must come to their aid and demand that everyone be treated with respect, especially those who can't afford to buy respect on the open market of American capitalism.

To do less would be to reject the compassionate heart of Jesus.