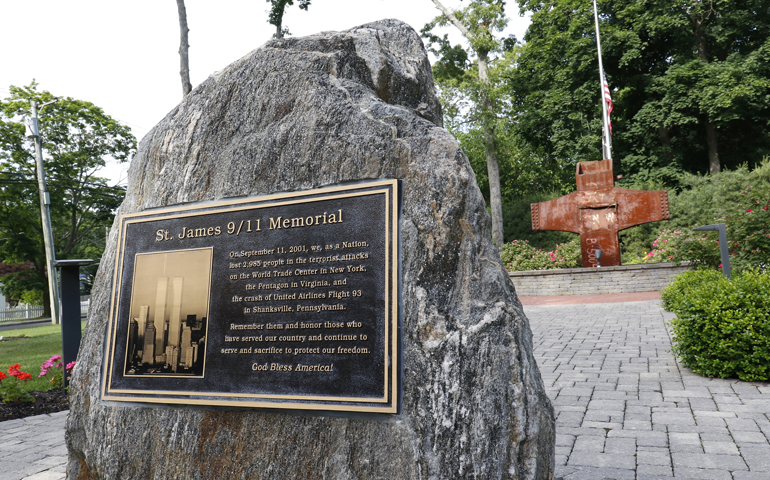 One of the maddening realities that especially struck me as the nation commemorated the 15th anniversary of the 9/11 terrorist attacks earlier this week is that the world continues to be plagued by dangerous, destructive and delusional religious certitude.

The Islamist terrorists who murdered nearly 3,000 people that day in 2001, including my own nephew, were driven by a remarkably convoluted version of Islam, cobbled together from half-truths, quarter-truths and outright lies.

Lies? Yes. Do you think the Quran promises 72 virgins for Muslim men who commit suicide and mislabel it martyrdom? Not once. In fact, there's an interesting case to be made that instead of 72 virgins the Islamic promise in paradise is for 72 raisins.

And if the bin Ladens of the world mislead young people about that, imagine what other claptrap they're offering. The problem is that religious extremists think that the opposite of faith is doubt, so the last thing they want to promote is doubt or an openness to questions.

But the opposite of faith isn't doubt, it's false certitude, as I argue in my just-released book, The Value of Doubt: Why Unanswered Questions, Not Unquestioned Answers, Build Faith. Let me be so impudent here as to quote myself from the book:

Doubt creates the space in which faith may live. Certitude kills faith. It turns faith into a rigid caricature of itself, a Madame Tussauds' wax figure of the real thing. It may, from a distance, look genuine, but no real blood runs through it. There is no health in it. As much as its holders might pretend that it is vibrant, it is, in fact, comatose.

If we are part of a faith community that won't allow doubts and difficult questions that challenge orthodoxy, we almost certainly will never get to a wholesome, authentic faith.

Spoon-fed theology may be necessary at the beginning of faith formation, as the Apostle Paul notes in his first letter to the Corinthians: "Brothers and sisters, I couldn't talk to you like spiritual people but like unspiritual people, like babies in Christ. I gave you milk to drink instead of solid food, because you weren't up to it yet."

But if all we ever get is milk, we remain babies in the faith. We need solid food, and that can come only when we're ready to ask the bruising questions we must tackle eventually: Why is there suffering and evil in the world if God is good? What difference does it make whether Mary was or wasn't a virgin? How can this bread and this wine ever be anything but bread and wine? Where did God come from? Is there really a hell? If so, does everyone who hasn't acknowledged Jesus as lord get sent there? Did God dictate the Bible or did humans just write what they thought was true?

You can list three dozen other such questions that Christians simply must engage at some point if they are to live anything like an examined life.

A failure to allow doubt or a resistance to awkward questions is, in part, what killed not just all those people on 9/11 but the hundreds and thousands of victims of faith-based terrorism since that malignant day 15 years ago. It's what keeps the fanatics from the Westboro Baptist Church in Topeka picketing the funerals of gays. It's what drives bombers of abortion clinics to commit atrocities.

There's deep value in doubt, in questioning. It's how we find faith, however provisional it may be. Without doubt and questioning we may embrace, instead, extremism. And we all know how lethal that is.