The NFL reflects the worst of our humanity 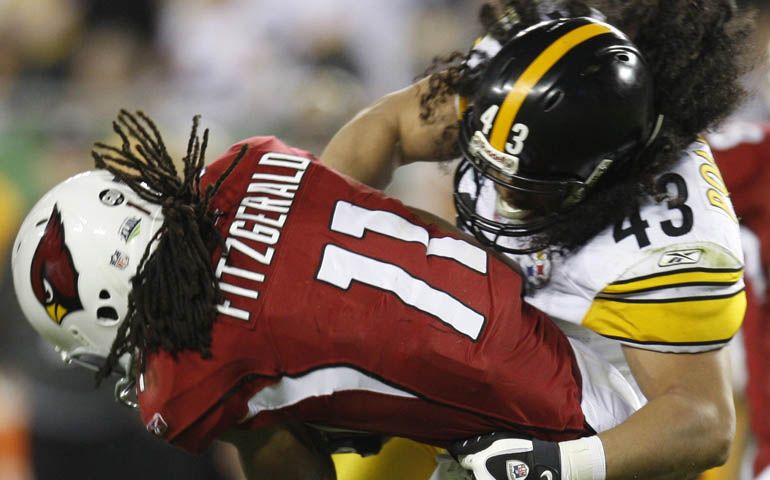 The National Football League -- under attack recently for its atrocious handling of domestic abuse by its players, its long tolerance of pernicious concussions, the racist names of some of its teams and for more -- is us.

Which is to say that humanity, from the beginning, has been both "very good," as God pronounced in one of the Genesis creation stories, and savage. The evidence of this streak of violence, evil and relentless hunger for power began, in the biblical witness, with the story of Adam and Eve's so-called original sin and then the murder of one of their sons by his brother.

As Voltaire noted in his Essai sur les Moeurs, "The history of the great events of this world is hardly more than the history of crimes."

In the Reformed Tradition of Christianity in which we Presbyterians locate ourselves, we have the Doctrine of the Total Depravity of Humankind. It's not as bad as it sounds, but it does say that the image of God within us has been covered over by the stain of our sin, and we can't fix that alone.

The NFL, it turns out, simply reflects the worst of humanity to which that old doctrine points, even though the league, now and then, also offers evidence that even 300-pound linemen can have charitable hearts off the field.

The human lust for violence and blood, however, seems insatiable, despite the teachings of the world's great religions. Indeed, quite often, that violence and blood come in the form of wars fought because of religion.

It's foolish to deny this truth. What we can do, however, is acknowledge that the NFL -- as well as professional boxing and wrestling and perhaps other sports, such as professional hockey -- encourages our baser instincts, and does it for profit. Pro football is simply a reincarnation of the ancient Roman sport of gladiators.

Those old fighters, as the History Channel notes, were "the working class heroes of antiquity." Surely the hulking brutes on the NFL's playing fields are just that for us today.

The question is why we seem to be drawn to this vicious, gory spectacle in the way that the people of ancient Rome were drawn to watch gladiators try to destroy one another. What is it in our faith traditions that gets ignored and even defied when more and more of the population thinks of Sunday not as a day of rest and worship but as a day to watch bulked-up male warriors, some of them misogynous, pummel each other into incoherence before some go off the field to treat women that same way?

I think it has something to do with our faithless fear of death.

When we see an NFL linebacker crack his helmet into the fast-moving body of a running back at full-tilt-boogey speed, we hold our breath a bit to see if either or both will survive or perhaps sustain career-ending or even life-threatening injuries. They are our proxies in this. We deputize them to challenge death so we won't have to.

It may well be the same reason we attend car races and pay special attention when a vehicle crashes into a wall and the surviving driver gets out and challenges the driver he thinks caused the accident. Over and over, we watch video of that walking driver getting hit by a speeding car, ultimately resulting in the walker's death.

It's why we love violent action movies and TV shows in which countless people die ferocious deaths while we sit safely in a theater or in our homes. It's why we love stuntmen, dare-devils.

The National Football League satisfies this blood lust every Sunday (and Monday and now Thursday). And a lot of people pay good money for the privilege of watching, too.

We think we're better than all of that. But the long arc of history shows us we're not.

The NFL reflects the worst of our humanity