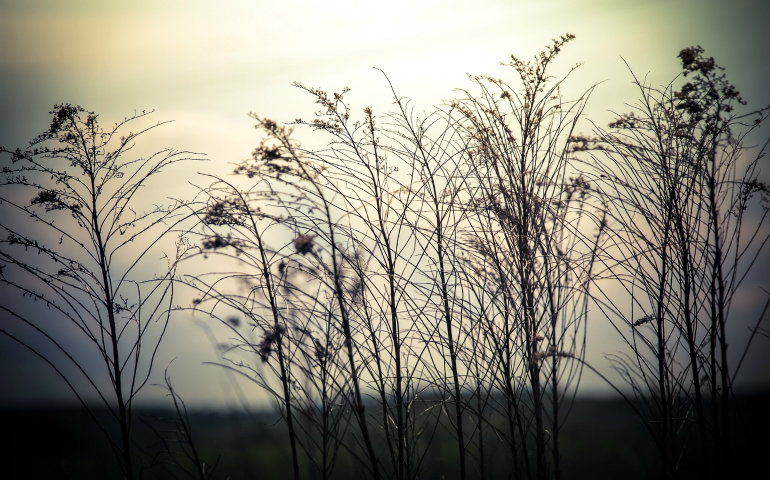 The unforgiving reality of my own mortality has been rudely slapping me upside the head in recent weeks. And I'm glad.

After all, nothing focuses the mind more intensely than death. And without a focused mind, I may well just drift through life without serious meaning, thought or purpose. Living like that would say to the giver of life that the gift was mediocre, uninteresting, tedious. It's hard to imagine saying anything less loving to God than that.

So one day I attended a memorial service at a United Methodist church for a woman I knew and respected, someone who was eight months younger than I am. And I wondered: Is this how it will be now? I outlive my peers? I attend funerals of friends?

The next day, Yordano Ventura, a blazing 25-year-old pitching star for the Kansas City Royals, died in a car wreck in his native Dominican Republic. If I had died at 25, my career at The Kansas City Star would have been measured in months, not decades.

The day after that, a cousin just two years older than I am died in Illinois. Another cousin sent a note saying that of the six of us who had worked together on a family reunion book in the 1990s, only three were left.

So, yes, Psalm 103:15 had it right when it moaned, "The days of a human life are like grass: they bloom like a wildflower; but when the wind blows through it, it's gone; even the ground where it stood doesn't remember it."

But, thank God, that isn't the whole story. That ignores the reality that while we yet live, we have important work to do, comfort to give, hands to hold, souls to enrich.

In an adult Sunday school class that I regularly attend at my Presbyterian church, we've been talking in depth about our responsibilities as Christians to be dutiful citizens. One of these discussions took place the day after the post-inaugural Women's March on Washington and a related local event that drew thousands. We were seeing the sort of civic energy that some of us had not seen at such a pitch since the days of the Vietnam War.

How, we've asked in this class, do we use our prophetic voices to stand for or against public policies being proposed and adopted by the president and Congress or the governor and state legislators? When do we march in organized protests? When do we do whatever would be today's equivalent of burning our draft card?

These are not easy discussions with simple answers. In fact, one day, one of our regular class members, angered because she felt the discussion had turned too political and too partisan, walked out.

But despite the difficulties, we are called not to be silent when we believe that what's happening breaks God's heart. Our own hearts also must break when God's heart does, though we'd do well to have a little humility about how clear our vision is on that score.

Our time is transitory. As I've recently been clearing out old files from my childhood and even from my parents' childhoods, nothing has been clearer to me than life's brevity and preciousness.

It's one more reason to make sure that as we near the end of our time (whether that's at or near 100 or, rather, the mere 25 years that Ventura had), we won't be overcome with regret because we didn't comfort the afflicted, did not use our prophetic voices to take note of obvious evil in our midst, did not offer the love that so many in our midst are dying to receive.

We are blades of grass who will blow away with an indifferent wind one day. Perhaps even today. But we are not without the means to matter, to help transform the world into a place that glistens with God's grace.