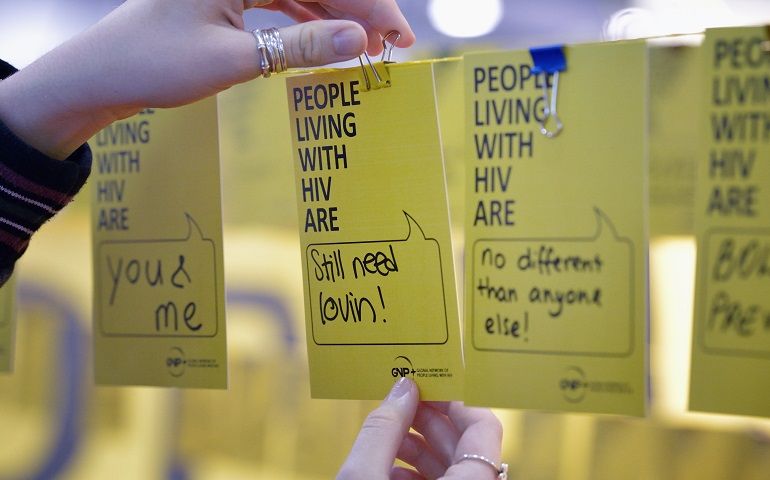 In 1989, already several years into the HIV/AIDS public health crisis, my congregation sponsored a weekend workshop called "AIDS and the Church," led by two men from Texas who had established successful AIDS ministries there.

The result was our own AIDS Ministry. Over the years it achieved much, including helping to create a 24-hour skilled nursing facility for HIV/AIDS patients, Hope Care Center, which this fall celebrates its 20th anniversary. You'll usually find me there every Monday afternoon leading bingo for residents.

As the science of AIDS treatment has advanced, the disease itself has changed from being an almost-immediate death sentence to being a manageable long-term condition. It still can lead to death, not to mention to dementia and other terrible outcomes. But it's much more treatable than when it first was identified in the early 1980s.

Which means that the deathbed volunteer work lots of us did in the early days of AIDS has changed to activities like playing bingo in a group home that is designed to feel as much like home as possible for those diagnosed with the disease.

But that doesn't mean that theological thinkers have dropped their exploration of how people of faith should respond to AIDS. In fact, there's a new book I recommend to any congregation doing any kind of AIDS ministry. It's called Dignity, Freedom, and Grace: Christian Perspectives on HIV, AIDS, and Human Rights, edited by Gillian Paterson and Callie Long. It comes from the World Council of Churches Publications and the Ecumenical Advocacy Alliance.

One of the book's values is that it reminds us that lots of people around the world still suffer not just from acquired immune deficiency syndrome but also from attacks on their foundational human rights and the respect they deserve as persons.

In its early days, AIDS was seen as an ailment that mostly affected young gay men, and thus there was a stigma attached to it. Indeed, most of the religious voices heard when AIDS was new were coming from harsh faith communities that saw it as God's punishment for people who chose to be gay.

It was, in part, to counter those harsh voices of denunciation with a voice of compassion that my congregation established its AIDS Ministry.

The new book also is helpful in focusing on the sometimes controversial role that human rights have played in the matter of AIDS and other crises, especially since most of the world's nations adopted the Universal Declaration of Human Rights, written in 1948. Since then, the idea of rights has expanded and, some would contend, it's gotten out of hand.

As Julie Clague, who teaches Christian theology and ethics at the University of Glasgow, notes in her opening essay in the book, "Many churchgoers also regarded rights-based individualism as selfish and disruptive of the social order, and with the decline of Christianity in the West, it became possible to characterize Western individualism as a secular disease leading to moral decline."

Such philosophical worries aside, the reality is that there still are many people in the U.S. and around the world suffering from the destructive effects of AIDS, which continues to spread even though it's a preventable disease.

I can tell you that when I play bingo with Mike and Tina, with Philip and Henrietta, with Daniel and Della, I see people who continue to need the finest medical treatments available for AIDS. And I know that some of Hope Care Center's 16 residents suffer from some stage of dementia or physical limitation. Wheelchairs and walkers are common there.

But I also see people much like myself, which is to say, people in need of grace. It's that need that this book especially affirms.

Justice | People of faith still need to respond to AIDS

In behalf of the human family