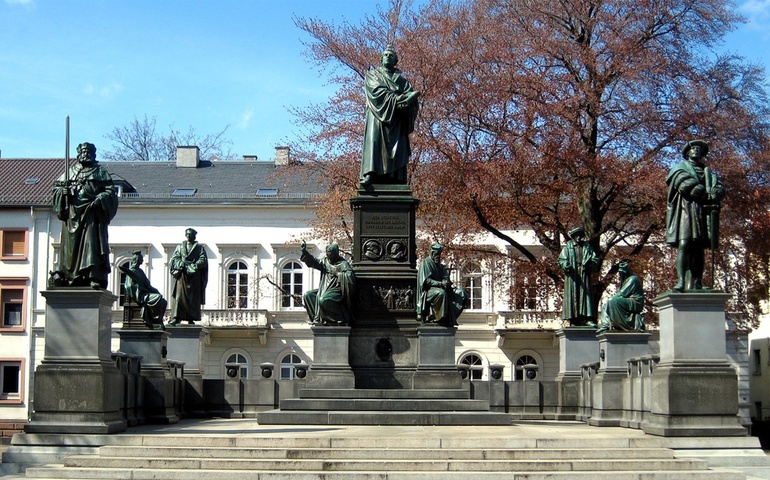 A year from now Christians around the world — some with pride, some with sorrow, many with ignorance — will commemorate the start of the Protestant Reformation 500 years ago.

Commemorate — not celebrate — should be the goal, given all the pain and divisiveness the Reformation ultimately caused.

I'm part of a planning group at my Presbyterian church that already is thinking about how to do this. I hope Catholic parishes will find appropriate ways to mark the occasion, too.

Some scholars now question whether Martin Luther, a German monk, really nailed his 95 theses to the front door of the castle church at Wittenberg or, instead, just mailed them to church authorities. No matter. The upshot, which Luther did not intend, was a decisive schism that continues to this day.

And that rupture in turn led to an atomization of the Protestant world, which now contains thousands of denominations.

This 500th anniversary offers a good opportunity not just to teach people some important history but also to heal some of the wounds that Catholics and Protestants have both suffered and caused and to look forward.

Here are some Reformation-related ideas we're kicking around at my church. Maybe some of them will seem worth trying in your congregation:

• Some of our members will do a pilgrimage to Scotland, which along with Geneva, Switzerland, is pretty much Presbyterianism's ground zero.

• We may offer classes or programs that explore art and music before and after the Reformation.

• We also may offer classes on the history of Christianity, including the issues Luther raised that led to the Reformation. As part of that we might set up a lecture series on some of the lesser-known reformers, including Luther's wife.

• We'll be looking for ways, including through a sermon series, to help people understand that each one of us is a theologian and that what Protestants call the "Priesthood of All Believers" includes everyone.

• We hope to find ways to join with a neighboring Catholic parish to share some conversation and, ultimately, to create a ministry partnership of some kind. Details still need to be worked out, but our hope is that years from now our congregation still will be in some kind of useful relationship with a Catholic parish that focuses on common goals and that unplugs some of the anti-Catholic and anti-Protestant prejudice that has long harmed us all.

Well, there's much more in the hopper because it would be foolish to let this important anniversary pass without using it to help people understand their own ecclesial history and to point them toward a more peaceful and productive future.

There's no need to relive all that history, but we need to know enough about it to understand why the body of Christ is so divided today and whether there's any possible path toward reconciliation.

In the U.S. that work necessarily will have to pay attention to the ways in which Catholics were targets of prejudice and hatred for a long time when white Protestants pretty much ruled here. And it also will have to focus on the future of ecumenical and interfaith relations now that Protestants no longer make up a majority of the American population.

Perhaps the most redemptive activity for both Protestants and Catholics would be for each to create a modern 95 theses list aimed not at the other branch of the faith but at what needs attention in their own church. Self-examination, done with clarity and motivated by a spirit of renewal and forgiveness, can move the church from stagnation and slippage to a place where the Holy Spirit might have more of a chance to change hearts.

That would be a true reformation.

Bill Tammeus, a Presbyterian elder and former award-winning Faith columnist for The Kansas City Star, writes the daily "Faith Matters" blog for The Star's Web site and a column for The Presbyterian Outlook. His latest book is The Value of Doubt: Why Unanswered Questions, Not Unquestioned Answers, Build Faith. E-mail him at wtammeus@gmail.com.