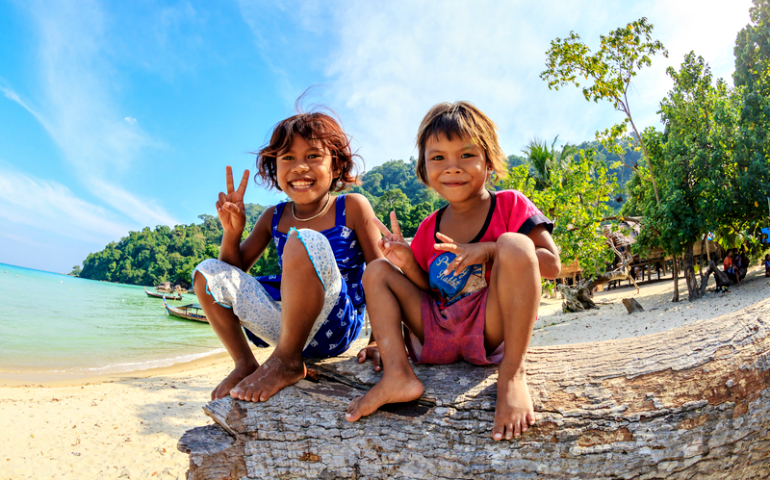 Dec. 26 marked the 12th anniversary of the Asian tsunami that resulted in the death of some 300,000 people, many of whom were caught unawares and engulfed in waves up to 30 feet high. The 2012 movie "The Impossible" captures both the tragedy and heroism of the occasion.

What remains in my memory, however, are the parable-type stories that ensued over subsequent weeks and months. None was more impressive than the amazing foresight and ingenuity of a little-known indigenous group known as the Moken tribe, sometimes described as the Morgan fisherfolk. This Austronesian ethnic group, numbering no more than 3,000 members, maintain a nomadic, sea-based culture. Scientists have discovered that their children can see like dolphins down to 75 feet, and that this improbable skill can be learned by any child. The group lives mainly on the islands and coastal region of the Andaman Sea on the west coast of Thailand.

As they gathered for breakfast on the morning of Dec. 26, 2004, several of the Moken groups noticed that the seawaters had receded to levels rarely seen, and fishes were popping up and down like toy figures in a carnival game striving to survive. One group invoked the wisdom of the elders as they detected that nature was out of balance and wondered how they should respond.

The elders advised that in a short time those receded waters would return with a momentous and highly destructive force. The group took preemptive action, gathering as much as they could of their meager belongings and headed for higher ground where they knew they would be safe.

On the way up, they met some Western tourists heading for the seafront. Unable to speak English, they urged the Westerners not to go down, but to little avail. As they went down, the tourists were trapped in the untimely waves and killed. A fortunate few scrambled their way back to higher ground and eventually reconnected with the Moken people. It was one of those lucky ones who told this story of the Moken people to the Western media.

If Jesus were around today, I suspect he would use this as a parable story. Widely regarded as a primitive, ignorant group of people (they have little access to formal education), the Morgan fisherfolk are endowed with a wisdom that has not just survival value but gives them access to the natural world to a degree that most Westerners have lost entirely. Perhaps more significant was the simple but profound discernment they did on that precarious morning — and I believe discernment is the right word to describe the depth of their wisdom and intuition.

While we in the West hunger for new Earth wisdom — mainly through science and the new cosmology — and while the precarious state of our Earth becomes increasingly scary, there are still among us those folks who model another way of being with deep spiritual and ecological wisdom. In the United States, we encounter this unique quality of wisdom in the several indigenous, or First Nations, peoples (the Hopi, the Apache, the Sioux, etc.).

Typically associated with a deep love for the land, along with the desire to retain and maintain the pristine quality of the natural environment, the indigenous peoples evoke the curiosity of tourists and researchers, but are often poorly understood by mainstream society. And despite a range of initiatives at land reform and cultural integration, they still remain highly marginal in most people's minds.

The integration of such indigenous wisdom is further hindered by our unexamined religious attitudes. Some dismiss such people as pagan, unaware of the meaning of the word: "lover of the Earth." Others among us with a tendency to judge others by whether or not they attend church and participate in sacramental life fail to observe the ancient depth of indigenous peoples, usually focused on their devotion to the Great Spirit.

Faith in the Great Spirit is probably one of the oldest belief systems known to humankind. Long before we evolved an understanding of God as a powerful ruler inhabiting a distant heaven, our ancient ancestors felt the living presence of the Holy One in the Earth itself. It was immersion in the Earth, not escape from it, that defined our sacredness. The Earth itself was perceived to be a living organism pulsating with the heartbeat of God, named by indigenous peoples to this day as the Great Spirit.

Was it this quality of faith that enabled the Morgan fisherfolk to do such a brilliant piece of discernment on Dec. 26, 2004? The God they knew to be right there in the living energy of creation itself spoke deeply in their hearts, empowering them to see beneath waves of fear and act with a wisdom that surely must challenge the most sublime knowledge any of us claim to have.

Perhaps this is what a mysticism for the 21st century looks like. Long after the first Pentecost, the Spirit still blows where she wills, and particularly to the advantage of those still open to being surprised by the innovative Spirit of the Holy One.

[Diarmuid O'Murchu, a member of the Sacred Heart Missionary Order, is the author of many path-breaking books, such as Evolutionary Faith and Religious Life in the 21st Century. All Soul Seeing columns are available online at NCRonline.org/blogs/soul-seeing.]

A version of this story appeared in the Jan 13-26, 2017 print issue under the headline: What will mysticism in the 21st century look like?.