Acting on the word

Each Gospel is unique. Each evangelist not only structures his work in a special way, he also treats his main characters differently than the other three, giving them traits or personality dimensions on which his original readers were expected to reflect. Luke’s treatment of Mary of Nazareth is classic.

He believes it’s essential that his readers know and imitate the qualities of a true disciple of Jesus. For Luke, such a disciple is always anxious not only to surface God’s word, but to do what’s necessary to make that word a reality in his or her life. In an uncomplicated way, Luke points out how Jesus’ mother completely fills that role: She’s the perfect Christian. 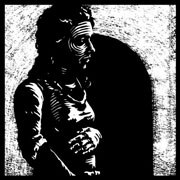 Mary is not important for Luke because Jesus is her son, but because she actually does what Jesus expects all his followers to do: hear God’s word and carry it out. Notice how he deliberately inserts at least parts of his perfect Christian definition into every passage in which Mary appears. For instance, Mary, after her annunciation, assures Gabriel, “Let it be done to me according to your word” (1:38). And when, during Jesus’ public ministry, a woman from the crowd yells, “Blessed is the womb that bore you and the breasts that nursed you!” Luke’s Jesus responds, “Blessed rather are those who hear God’s word and carry it out!” (11:27-28). Luke’s Mary is worthy of imitation not because of her special selection by God, but because she always acts on what she hears.

In today’s pericope, Elizabeth is given the honor of proclaiming Luke’s theme. “Blessed are you,” she tells her kinswoman, “who believed that what was spoken to you by the Lord would be fulfilled.” In other words, “You not only listened to what God told you, you’re actually going to spend your life carrying through on it.”

This carefully crafted scene not only creates an occasion for Mary to proclaim her signature Magnificat, it reinforces Luke’s theological point that the Baptizer is Jesus’ precursor. Already in his mother’s womb, John recognizes Jesus’ superiority by leaping with joy at Mary’s pregnant arrival. (Notice, Jesus doesn’t leap in Mary’s womb when she first meets Elizabeth.) Something big is about to happen because Mary is carrying out God’s word, and John will be a part of it.

For Luke, Jesus is the perfect Christian, the person we should be imitating, the person who actually does what God wants him to do. “He [Jesus] says, ‘Behold, I come to do your will.’ ... By this ‘will,’ we have been consecrated through the offering of the body of Jesus Christ once for all.”

Years ago, during a workshop on values, the speaker had us draw a line down the middle of a blank sheet of paper. On the left side we were to make a list of 10 things we held as important in our lives. Easy to do. But then he sprang the trap. On the right side, we were to list the last time we actually did any of those 10 things. I was more than surprised; I was astonished. It proved that just having certain praiseworthy values is no guarantee I’ll act on them.

Spiritual writer Fr. Ed Hays has famously said: “The earliest followers of Jesus imitated him long before they worshiped him.” He couldn’t better have described the sacred authors’ experience. Only after they actually imitated his dying and rising by giving themselves to others were they able to understand not only who he was, but also what they were to become. One would “logically” think that a fulfilling life is based on receiving, not giving. But the opposite happened when Jesus’ disciples began to imitate his actions.

I sometimes hear married couples defend their lack of affection for one another by saying, “I just don’t feel like kissing or hugging him anymore.” Or, “When I start to have romantic feelings for her again, I’ll act on them.”

In those situations I usually encourage the couple, “Do it even before you feel like doing it. The feelings will almost always come after, not before your signs of affection.”

I presume the historical Jesus must have given similar advice to those who dared follow up on his basic message that God’s kingdom is in our midst. They didn’t experience God working effectively in their lives just because Jesus said so. They had first to go through the repentance -- the metanoia -- of changing not only their value system but the way they acted on those newfound values.

Without actually starting to die and rise with Jesus, we’ll always lack something, not just on Christmas, but throughout our entire lives.


[Roger Vermalen Karban is a priest of the Belleville, Ill., diocese and pastor of Our Lady of Good Counsel Parish in Renault, Ill.]

Spirituality | Acting on the word

Bringing God to a detention center

Grief could be classified as mental illness after diagnostic changes