Comings of the Christ

With the season of Advent, a new liturgical year begins, and the praying assembly is called to look back with gratitude on all that has been and forward with hope to what will be. In looking back, we are to ponder what J.B. Phillips has called “the towering miracle of God’s visit to this planet” (“The Christian Year,” Good News: Thoughts on God and Man, Macmillan, 1963). 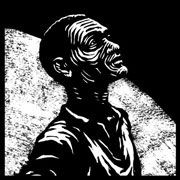 Born of Mary from the line of David, God has come to us in Jesus, the “just shoot” celebrated by Jeremiah (first reading). Through his words and works, Jesus has established God’s justice on Earth. All who believe and are bound to God in love and hope are also bound to one another. Those so bound, insists Paul, are to increase in love for one another and for all people, and to conduct themselves, at all times, in a manner that honors God and God’s greatest gift to humankind, Jesus.

Our rejoicing in the fact that God has actually been here is half of the meaning of Advent. The other half focuses our attention on the second coming of Christ, which is described in apocalyptic terms in today’s Lucan Gospel; although the language is symbolic and quite picturesque, it instills in us a sense of the suddenness of the end. When Christ appears with power and glory, Phillips writes, “the human experiment will end, illusion will give way to reality, the temporary will disappear before the permanent and the king will be seen for who he is.” We, for our part, are to be vigilant at all times and pray for strength.

Vigilance does not mean that we sit back and watch the cosmic horizon for signs, or that we withdraw from reality and pray to keep ourselves unsullied by the world. On the contrary, our annual remembrance of the Incarnation celebrates God’s desire to become immersed in the human experience. To do justice to this great gift, we are also to immerse ourselves in every aspect of the human condition. There we will find Christ.

With her eyes made new by her faith, and her heart warmed by her sense of God’s presence, Dorothy Day recognized and welcomed Christ in the needy, the hungry, the homeless and the forgotten. Jesus’ words about serving his needs in God’s poor ones were seared into her soul. As Brennan R. Hill has said, Day was “one of those rare figures … who can shine a new light on gospel teachings and actually live according to Jesus’ word and example” (8 Spiritual Heroes: Their Search for God, St. Anthony Press, 2002).

Unfortunately, Day’s lived faith and commitment to Christ continues to remain something of a rarity. We hold her out as unique, and so she was. But rather than simply admire Day, we are to emulate her example. Day was convinced that that prayer was more than words. She was certain that prayer can be the witness of one’s life, the work one does, the friendships one cultivates and the love one gives and receives from others. Through her prayer, she was able to recognize and serve Christ in his many comings among us.

When she died, just after Thanksgiving in 1980, those in whom she had seen and served Jesus were gathered at the church for her funeral. Beggars, day laborers, bag ladies, addicts, eccentrics, priests and nuns came together to pay their respects. Day’s biographer William Miller shared his experience of that day: “At the church door, Cardinal Terence Cooke met the body to bless it. Just then, a demented person pushed through the crowd and, bending low, peered intently into the coffin. No one interfered because, as even the funeral directors understood, it was in such as this man that Dorothy had seen the face of God” (Dorothy Day, Harper and Row, 1982).

As we celebrate the comings of Jesus, the example of this good Christian woman and the spirit of the Advent season invite us to take stock of ourselves. Is our eye keen enough, our faith firm enough, our heart warm enough to recognize the face of Jesus in all our brothers and sisters and to serve their needs?

Spirituality | Comings of the Christ