When I began studying Scripture years ago, I also began giving some scriptural confessional penances. But I'd always first inquire, "Do you have a Bible?"

If there was any hesitancy in the response, I'd relieve the tension by lightheartedly suggesting, "Maybe, as a birthday gift next year, you could buy yourself a Bible. But in the meantime ..." 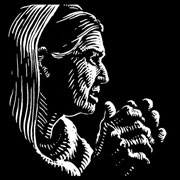 One night there was no penitent hesitancy. "No!" the man emphatically answered. "I used to be a Protestant. I became a Catholic so I wouldn't have to read that damn book, and now you're giving me a penance from it?"

We Catholics haven't had a good track record when it comes to the Bible. Our catechisms traditionally employ a whole list of biblical "proof texts" to validate our doctrines and practices. But that's far from having "known the sacred Scriptures from infancy" and using their "wisdom for salvation through faith in Christ Jesus" (2 Timothy). Have you ever compared the number of diocesan priests who have degrees in Scripture with those who have degrees in canon law?

To understand the message our sacred authors are trying to convey, it's essential to put their writings back into the original context they were writing from. They never composed their Gospels to be used in a eucharistic setting, where most of us encounter them chopped into small, manageable servings, proclaimed with two other readings and a responsorial psalm. The Gospels, like all good literature, were meant to be read and appreciated in their entirety.

Likewise, most people hear God's word not in abstraction but in particular contexts of lived faith. Their lives don't start and end with a one-hour "church experience" every weekend. Each of us has unique experiences of God in our daily lives.

Our sacred writings were collected and saved, among other reasons, to assure us of the value and validity of those experiences. That's why our ancestors in the faith instinctively included readings from Scripture in their celebrations of the Eucharist and not readings from a catechism.

Some years ago, Southern Illinois University in Carbondale did extensive research on our basic fears, eventually discovering that almost all human fears can be reduced to just one: the fear of being alone.

Nothing is more personal than one's faith, nothing more unique. At times, our experiences of God working in our lives give us the impression we're completely alone. No one has ever encountered God quite like we've encountered God. At times we even wonder if these encounters are "invalid" — just a heretical figment of our imagination.

But those who regularly delve into our Scriptures eventually discover a people who also had unique experiences of God. They find out they're not alone.

The Bible doesn't give us our faith. Ideally, its writings kick in only after we've had personal faith encounters.

That's why the Bible is such a thick book. There's no one way to experience God. That creates a problem for us analytical "Greek-thinkers," constantly looking for an "either/or" answer to every question. We forget (or don't even know) the people who composed our Scriptures were synthesizing "Semitic-thinkers," continually coming up with "both/and" responses to almost every question.

For instance, today both the author of Exodus and Luke's Jesus assure us that God answers our prayers. We need only keep our "hands raised up," as Moses does, or eventually realize, after a lot of badgering, that God has our best interests at heart. Yet, at the same time in other parts of Scripture we hear Jeremiah complaining that Yahweh never listens to him, and Luke will later tell us not even Jesus gets his initial Gethsemane prayer answered.

Theologians consistently teach that one of organized religion's main tasks is to help us come into contact with the God around us. That lays a big burden on any institutional church. Are the members of a particular denomination being led to actual experiences of God, or to just experiences of the organization? There's a big difference between the two.

I can't repeat often enough the aside Cardinal Avery Dulles made during a 1969 lecture at St. Louis University: "Had there been a Holy Office at the time the four Gospels were composed," the Jesuit scholar dryly remarked, "we Catholics would have just one Gospel in our Bibles: Mark (the first written). But in our history books we'd have references to three notorious first-century Christian heretics named Matthew, Luke and John."

Thankfully our sacred authors' different experiences of God weren't limited by an institution, otherwise a lot of us would still be convinced that we're alone.

Lord, why am I not worthy?

Cry of the eunuch

Our community carries its crosses on Good Friday