Students of Scripture know, in dealing with any biblical text, it's often more important to know the issues being addressed by the author in his or her own time than to know the history of the past events being recalled.

In explaining today's Exodus reading, for instance, scholars aren't so much concerned with surfacing the specific Egyptian "calf-god" being worshiped by some recently liberated 12th century B.C. Hebrew slaves as they're interested in discovering the eighth century B.C. concerns about calves that prompted the Exodus author to include this event in his writing. 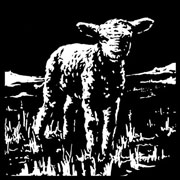 If the author's immediate readers weren't having some sort of "calf problems," he would never have told us about the problems their ancestors were having with calves during their Sinai wanderings, 4,000 years before.

Also writing in the eighth century B.C., the prophet Hosea tells us in 8:4-6 and 13:2 what the more contemporary calf issue was about. Hosea's "calves of Samaria" to whom "men throw kisses" probably were "cherub" statues positioned in Yahweh's shrines as a symbol of his presence. Biblical cherubs aren't the baroque baby angels whose semi-nude bodies inhabit Renaissance churches. Cherubs originally were mythological creatures -- body of a bull, wings of an eagle, and head of a man -- on whom the gods were thought to be enthroned. Shrine architects frequently worked cherubs into the décor of their sacred places, reinforcing the worshipers' faith that the god or goddess they sought -- even Yahweh -- was actually present in this spot, just as a sanctuary candle reminds Catholics of Jesus' presence in that church's tabernacle.

A rather harmless symbol -- until some Israelites who frequented the Yahwistic temples in Samaria's environs began to believe the shrine's cherub actually was Yahweh! They sacrificed and prayed to the creature -- the "calf" -- convinced the statue was their savior. It was easier to relate to a statue than to Yahweh.

Hosea and today's Exodus author insist the cherubs must go, even if Jewish priests had originally installed them in the shrines. (That seems to be why Aaron, the first Jewish priest, plays such an important role in the complete Exodus 32 narrative. They must be good; the priests gave them to us.)

Biblical Israelites aren't the last people of faith to replace the real God with an idol. Our God's personality goes far beyond any symbol we can create.

Luke's community was likewise dealing with some false images of God. If they didn't have problems with God's forgiving personality, Luke wouldn't have given us today's three stories about "finding the lost." It's easy for us to conceive of a God who strictly rewards or punishes everyone according to their actions, a God symbolized by a judge balancing our lives on eternal scales.

But Luke's Jesus insists that worshiping such a human projection of God is just as idolatrous as worshiping Hosea's calves. Though our image of a God who rewards the good and punishes sinners might inspire awe and warn us to take moral responsibility for our actions, it's not really God. Jesus is convinced our God constantly steps outside human logic, and expects his followers to do the same, especially when it comes to forgiveness. Jesus' prodigal God is just as spontaneous and illogical in searching for lost people as we are in searching for lost things, even if the mercy expended in that search exceeds the logic of strict justice.

The author of 1 Timothy, writing in the name of Paul, reminds us of Christianity's most basic beliefs. "Christ Jesus came into the world to save sinners. Of these I am the foremost." Only God's passion to save all people can explain God's actions through Jesus.

It's essential for people of biblical faith to understand that "salvation" is much more than just "getting into heaven." As Marcus Borg points out in Speaking Christian (HarperOne, 2011), the biblical term salvation normally refers to a "rescue or deliverance from whatever ails us" right here and now. It offers us a way to transform both ourselves and the world in which we live. This only happens when we build loving communities.

Are there "cherubim" in our popular faith that absolve us from transforming ourselves and our world -- calves to whom we throw kisses just to get into heaven?

Older Catholics will remember our pre-conciliar emphasis on doing things nine times: nine First Fridays, nine First Saturdays. Who can forget the stresses on devotions to a special saint or the obligation to wear a particular medal?

I presume we can still conjure up similar practices or images of God today. If we can't, we shouldn't listen to today's three readings. After all, it's our calves, not theirs, that our sacred authors want us to surface and destroy.

The scandal of mercy

How I learned the meaning of success the hard way

Walk in the light