Today's three readings bring up some essential questions of faith: Where are we going with our lives? Do we have a specific direction? If so, does the way we actually live our everyday lives fit into the path we've decided to take? 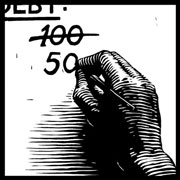 Back in the late '50s and early '60s, two of my Jesuit professors at Rome's Gregorian University, Maurizio Flick and Zoltan Alszeghy, were creating problems for traditional moral theologians by writing articles and lecturing on the "fundamental option."

The pair said, "To have some ... fundamental orientation of life is not the exception but rather the rule; most people have a more or less definite orientation ... which constitutes a form of life for them. It provides an organizing norm to which their particular activities are related."

At one time or another during our life, each of us decides how we're going to live that life.

Though theologians continue to debate some aspects of Alszeghy and Flick's insights, our church bought into their basic thesis -- for a while. Some will remember the 1973 reform of the sacrament of reconciliation that came out of the Second Vatican Council's attempt to make all seven sacraments more scriptural and meaningful. About the only part of that document that still remains is the opportunity to confess face to face. Yet if you go online and read the entire decree, you'll be amazed how deeply its authors were immersed in fundamental option theology.

Liturgist Fr. Jerry Broccolo, who conducted diocesan workshops for confessors at the time, frequently pointed out the difference between our "confessional" seminary training and the new way of looking at and celebrating the sacrament contained in the reform document.

Priests were trained to be judges, evaluating the seriousness of the penitent's sins, his or her sorrow for committing them, and what kind of penance fitted this particular occasion. With the reform, more important than judging was guiding penitents to reflect on the option they once made to become imitators of Jesus, and how their individual actions either helped them on their chosen path or led them on a detour. Their confessed sins -- along with their confessed good actions -- were important only in as far as they helped them more deeply understand the direction in which their lives were going.

"Confession" really changed once the fundamental option came into the picture.

In today's Gospel pericope, Luke's Jesus also lets us know everything must change for those who decide to be his followers. Discipleship isn't a part-time job; our whole lives revolve around our decision to be other Christs. That's why he brings up the case of the "squandering" steward. He expects us to be just as consistently creative in doing good as the steward is creative in doing evil.

More than 700 years before Jesus' birth, Amos was also concerned with his people's direction in life. It's clear from their observance of the "new moon" and the "Sabbath" that the prophet is ministering at one of the country's shrines, talking to God-fearing Israelites -- God-fearing in the sense they keep all their ritual obligations. Yet their faith only revolves around those obligations. Either they've yet to make a decision to carry out Yahweh's will in everything they do, or they've already decided not to go down that road.

They're concerned only with knowing the exact time the "holy days" are over so they can "diminish the ephah, add to the shekel and fix [their] scales for cheating." They're heading in a different direction than their ancestors' covenant with Yahweh presumed they'd head. "They trample upon the needy and destroy the poor of the land."

The unknown author of today's 1 Timothy pericope wants his community to understand what's important in their lives. This Pauline disciple clearly lays out his priorities. "There is one God. There is also one mediator between God and us, the man Christ Jesus, who gave himself as ransom for all."

We presume the author believed Paul had made a fundamental option to follow Yahweh's will long before he started on the road to Damascus, while he was still a practicing Pharisee. That option helped him eventually open his eyes and heart even to those parts of Yahweh's plan for him that wouldn't surface until he was far along on his journey of faith. Without his wholehearted dedication to God, the apostle would never have noticed the presence of the risen Jesus in the men and women he persecuted.

Living our lives from the perspective of a fundamental option will be different for many of us and, like the reformed rite of reconciliation, will create problems we never experienced doing it the "old way." But imagine the possibilities.

A child shall lead

All that we need for a full human life