To understand why Jeremiah is so despondent in today's first reading, it's essential to appreciate the role of biblical prophets in the history of salvation.

Contrary to popular opinion, they normally don't predict the future, certainly not the coming of Jesus. Unfortunately this false notion of their ministry is often reinforced in our liturgies. The Second Advent Preface, in the old translation, stated, "(Jesus') future coming was proclaimed by all the prophets." In the revised translation, it still says, "For all the oracles of the prophets foretold him." 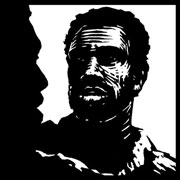 Almost 40 years ago, during a general diocesan clergy conference, Raymond Brown told us, "There are no predictions of Jesus, as we know him, anywhere in the Hebrew Scriptures." His statement wasn't some radical exegesis; it represented the opinion of the vast majority of scholars, Catholic and non-Catholic alike.

If prophets aren't predictors, who are they? If they don't announce Jesus' coming, why are they included in our Scriptures?

There are two classic, overlapping definitions of prophets. The first, by Fr. Bruce Vawter: "Prophets," he taught, "are the conscience of the people." The second, from the great Hans Walter Wolff: "Prophets," the renowned scholar insisted, "are the people in the community who provide us with the future implications of our present actions."

Prophets are the community's reformers, those who take us back to the beginnings of our faith. Long before we developed a hierarchical church structure, or even before our faith ancestors began to regard our Scriptures as divinely inspired, the biblically accepted way of discerning God's will in our lives is to surface the prophets in our midst.

Our sacred authors presume God always gifts each faith community with inspired people who can cut through the intricacies of organized religion and take us back to what God originally intended for God's people. No wonder Paul, in 1 Corinthians 14:1, encourages his readers, "Pursue love, but strive eagerly for the spiritual gifts, above all that you may prophesy."

That's why biblical prophets constantly remind their audiences to "return to Yahweh" -- to relate to God, not to an institution, not to a set of rules and regulations, or to an authority figure or structure. God's people are expected to go one on one with the Holy One, the essential force in their daily lives.

Yet, as Jeremiah, points out, disturbing things happen to those who dare relate to that supreme Other. The reform he's preaching and his own relationship with Yahweh is destroying his life. Not only does it force him to remain unmarried, his fellow Jews regard him as a traitor to them and their country. "The word of Yahweh has brought me derision and reproach all the day."

During Jesus of Nazareth's earthly ministry, most people regarded him not as the unique Son of God, but as a prophet. He was historically rejected and killed because of his prophetic statements and lifestyle, not because of his divinity.

Though Matthew's Jesus never pushes the theological envelope anywhere near Jeremiah's imagery, he often reminds his followers, as he does in today's pericope, that those who plan on rising with him must first die with him. Jesus contradicts Peter's no-pain version of Christianity not only with "Get behind me, Satan!" but also with the biting statement "Those who wish to come after me must deny themselves, take up their cross, and follow me." Since we're surely not to seek a literal crucifixion, how are we to imitate his dying?

Many scholars are convinced Jesus originally encouraged his followers to carry their "tau," not their cross. Some of Jesus' Jewish contemporaries employed the tau -- a T -- the last letter of the Hebrew alphabet, as a symbol that they were totally open to whatever Yahweh wanted of them. (As we'd do something from A to Z, they'd do it from aleph to tau.)

If that's the case, carrying one's cross didn't refer to patiently enduring some dramatic moment of suffering. It described an ongoing, generous, open and honest relationship with God, a daily quest to discover what God wishes of us. Jesus imitators know exactly where Jeremiah was coming from; such a quest always involves a real death to self, including lots of pain.

To what else could Paul be referring when he encourages the Romans, "Be transformed by the renewal of your mind, that you may discern what is the will of God, what is good and pleasing and perfect?" The apostle has already discovered what carrying his tau entailed.

In some sense it's too bad so many of Jesus' followers eventually put his prophetic ministry in the background once they discovered his divinity. But, on the other hand, worshipping him is a lot less painful than imitating him.

'Blessed are those who hear the word of God and do it.'

Indigenous Ghost Dance teaches love of Earth and Jesus, 'He Who Makes Live'

The spiritual ecology of the Lord's Prayer