Many parts, one body

Years ago, I had the privilege of living among the Aymara people of Peru. Born in territory conquered by the Incas and again centuries later by the Spaniards, this stubbornly rooted people have maintained their own language and culture in spite of all attempts to impose a uniform culture and way of speaking on them. I have always admired them for their centuries-long fidelity to the truth of who they are. 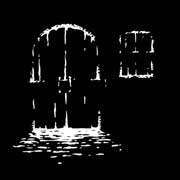 The Aymaras know that there are things that can only be said in your mother tongue. Ideas may be translated into Latin, Spanish or Greek, but no translation expresses the flavor or depth of truth conveyed by the original words and the way they echo in their home context. If you want to communicate something profound, it is best said in your own tongue.

The feast of Pentecost brought the Aymara people to my mind. As I read Luke's account of the Spirit's effects on the disciples, I was struck by the fact that their gift of evangelical speech was not some charismatic Esperanto -- one language that could resolve all the complications of diversity in vocabulary and culture. No, in fact, our readings lead us away from that sort of bland elevator-music harmony to savor the cacophony and mystery of multiple tongues.

Luke is careful to point out that the Spirit-filled disciples addressed the multitude in the languages spoken by each group. That means that the message they shared could be -- in fact, had to be -- communicated in any and every language.

If you want a visual depiction of what that means, study the image of Our Lady of Guadalupe. There we have the Virgin Mary, the Mother of God, not as a Jewish maiden or Renaissance saint, but as Maria morena, a brown beauty robed as an indigenous princess, surrounded by Mesoamerican and Christian symbols.

For centuries, people have understood the message she represented: Christianity could not only come to America, but could become genuinely American in its expression. In other words, the Spirit of God can't be confined to any particular culture or time.

As Pope Francis warns us in Evangelii Gaudium, "God's word is unpredictable in its power. ... The Church has to accept this unruly freedom of the word, which accomplishes what it wills in ways that surpass our calculations and ways of thinking."

In his first letter to the Corinthians, St. Paul himself sounds a bit unruly as he uses the image of the human body to talk about varieties of personal gifts and expressions of Gospel life. We can be thankful that when he specifies parts of the body to represent community members, he confines his allusions to ears, eyes, hands and feet, allowing the readers' imagination to fill in what he calls the "weaker" or "less honorable" parts.

Paul uses this provocative image to emphasize the importance of his point. Talking to a community endangered by competition and classism, Paul wants them to realize that they are inextricably connected.

Paul started this selection with the wild claim that "no one can say 'Jesus is Lord' except by the Holy Spirit." He's not referring to the pronunciation of a series of words, but to membership in the community gathered by Christ and the Spirit. Paul is asserting that everybody here has been called by the Holy Spirit -- so, whether you like it or not, this is the community God has formed.

In Paul's view, our baptism has joined us to one another as truly as it has joined us to Christ. It is only through this community of the baptized that we will know Christ and be able to make Christ present in the world.

Today's Gospels complete this picture as Christ promises his Spirit and then appears as the Risen One in the midst of his frightened, hiding disciples. The message he gives them is peace, the mission he gives them is forgiveness. The peace he offers is reconciliation; he wants them to know how fully and unreservedly they are loved. The mission he hands over is simply to share that peace and message of love.

Taking our cue from these readings, we discover that Pentecost is the feast of an ever-expanding heart and mind. It is the celebration that invites us to look at the astounding, sometimes even irritating, variety in the body of Christ and to believe that we are God's gift to one another. It is Christ's promise that the Spirit will empower us to speak the Gospel as the mother tongue of the body of Christ.

Most of all, Pentecost is not a one-time event. It can happen if only we wait on the Spirit.

Spirituality | Many parts, one body

What Advent teaches us about wonder

Third Sunday of Advent: A fiesta of love and liberation