Our testimony of Jesus

Scripture is never simple. Even before we begin to read, we must know who is speaking, and why, and to whom, and with what agenda. To make matters even harder, the events and teachings we read about took place millennia ago in a language, culture and context different from our own. Despite this, we return to the Scriptures again and again to understand what God wants of us. We need to know what God's love is asking of us here and now in our own culture, language and circumstances. 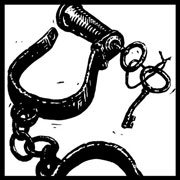 The Lectionary readings this Sunday provide a good example of just how complex our search is as we look at one of the most contested passages in the Christian Testament: Peter's identification of Jesus as the Messiah.

In 16:13-20, Matthew's Jesus calls Peter the "Rock" on which he will build his church and gives Peter the keys to the kingdom of heaven, an authority that includes the power to bind and loose in the here and hereafter.

It is noteworthy that in Chapter 18, this same power is given to the church community as it deals with offending or dissenting members (18:18) and when it prays, guaranteeing that whatever two or three agree to pray for, God will grant it. Questions of authority and leadership were critical in the life of the early church.

While Jesus is still giving Peter the keys to the kingdom, our contemporary minds think about concepts like authority, papal primacy and apostolic succession. These were no doubt beyond Matthew's concern. It is only in hindsight that this scene at Caesarea Philippi becomes important as the church emerges from its early roots in Palestine to become Christendom.

Comparing Matthew 16 with the same scene in Mark 8, we note that the dialogue between Peter and Jesus in Matthew does not appear in Mark, which is thought to be the source text for Matthew. Both Gospels have the dramatic scene in which Jesus asks his disciples who they think he is. Both show Peter professing that Jesus is the Messiah. But Mark says nothing about a special selection of Peter as leader. So why did Matthew add this?

One theory is that Mark, written 20 years earlier, reflects a time in the early church when the question of authority was still being debated. But by the time Matthew wrote his Gospel, Peter's faction had won out and because Peter was associated with "the Jewish wing of Christianity," this appealed to Matthew's predominantly Jewish Christian community.

More importantly, though, for Matthew this new ekklésia -- literally "the called-out gathering" -- is not simply a movement that arises after the Resurrection to promote Jesus' teachings. Matthew wants the emerging local Christian community to understand itself as formed by the earthly Jesus to continue his work. It is Jesus' identity and authority that Matthew is primarily focused on in this reading, not Peter's. Matthew uses Peter to point to the divine at work in the newly forming community. And why is there a need for this?

In Matthew 15, the Pharisees and Sadducees had accused Jesus of not following the Law. "Why do your disciples break the traditions of the elders?" They accuse them of not washing their hands before eating. Jesus in turn, asks them, "And why do you break the commandments of God for the sake of your traditions?"

Not long after, when the Pharisees and Sadducees ask Jesus for a sign of who he is, he chides them for not being able to read the signs of the times. Today's Gospel passage therefore emphasizes the formation of a new community in response to the Jewish leaders' rejection of Jesus' ministry and his divine identity, now revealed through Peter.

Let us remember that Matthew was writing at a time of conflict as the early church formed itself into an entity apart from the Jewish community. Many of us have been present at the beginning of organizations. We know what it takes to regroup after losing an institutional affiliation, how many meetings it takes to reach a shared mission statement, choose leadership and figure out lines of authority and decision-making. The backdrop of both readings from the Christian Testament today is conflict: conflicting views about the identity and mission of the new ecclesia; authority and autonomy; and, in the absence of Jesus, relations with the "nonbelieving" Jewish community as well as believers.

Does all this sound familiar? These same questions have been at the heart of much confusion and hurt in the Catholic church. We are, perhaps, moving into a time and a task analogous to that addressed by Matthew. Something new is emerging. Pope Francis seems to be urging us to look again at how we answer these same questions in light of the signs of the times today.

[Angie O'Gorman is a freelance writer in St. Louis, where she works at Legal Services of Eastern Missouri.]

Spirituality | Our testimony of Jesus

The hunt for God's real presence in everyday life

Can I get an amen? Black Americans' faith, religious practice detailed in Pew study

There's a baby in this bath water, and we must save her

Off with you, visionary