It’s impossible to understand today’s first and third readings without an appreciation of the idea of biblical apocalyptic literature.

The Bible isn’t a book, it’s a library. Not only does it include books written by different authors at various times, but, like any library, it contains works composed in different genres. We need only walk into our local library and look at the names above the bookshelves to surface those genres: history, fiction, reference, biography, etc. 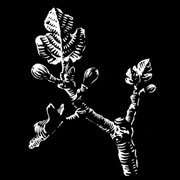 Knowing the genre is key to understanding a book’s message -- especially when it comes to the apocalyptic. Contrary to the interpretation of fundamentalists, the apocalyptic genre is more an escape from history than actual history. The triggering device for such literature is persecution. Things are so bad for God’s followers that they can only look to the distant future for relief. Apocalyptic authors speak about that future in symbolic terms. But not wanting to instill false hope, they often inform their readers that things are going to get much worse before they get better.

One of the most interesting but overlooked aspects of apocalyptic literature is that many of the events the authors predict had already taken place before their books were written. Each of the first three Gospels includes apocalyptic sections, but given the prevalence of apocalyptic literature when those Gospels were written, Christian authors generally avoided conveying their faith in that genre. They were concerned not so much with describing a distant future than with making certain their readers were familiar with the basic issues around which Jesus’ ministry revolved.

This wasn’t the case for the author of today’s Daniel passage. Written during the second century B.C., in the midst of Greek persecution of the Jews, the author directs his readers’ eyes to the future. Eventually Michael, Israel’s guardian angel, will liberate the chosen people from their persecutors.

Today’s passage from Mark may also spring from a community in distress but not because of religious persecution. One of the causes of that stress and a basic challenge first-century Christians faced was how to switch from a short-term to a long-term faith. It’s clear from Paul’s letters that Jesus’ first followers expected his imminent return and believed they would still be alive at the Parousia.

As time passed and Jesus did not return, some gave up hope it would ever happen and abandoned their faith. Others thought he might have already returned and they had missed it.

Mark is among those who believed Jesus was going to come back soon. So he encourages his readers to hang in there. Jesus will eventually come, though his arrival is being delayed for reasons beyond our understanding.

There is an important difference between Mark’s expectations and those found in the Book of Revelation, and this regards the Christian commitment to nonviolence. Mark’s Jesus is a pacifist, whereas the author of Revelation depicts God and Jesus as taking revenge on the persecutors of the church before the Second Coming.

Mark doesn’t teach this. Though he believes “days of tribulation” will precede Jesus’ arrival, these destructive phenomena are independent of the Parousia. The darkened sun and moon, falling stars and shaken heavenly powers are standard imagery in all apocalyptic literature. Mark believes such phenomena have yet to take place, but it will not affect the Parousia because the risen Christ is already in our midst.

The anonymous author of Hebrews employs some of the same theology. Comparing Jesus’ sacrifice to the daily sacrifices Jewish priests offered, he concludes that Jesus’ sacrifice is eternally more significant. And though he’s still waiting for Jesus’ “enemies to be made his footstool,” Jesus’ delayed triumphal return doesn’t stop his death and resurrection from transforming the world now.

The scriptures don’t predict the future or prepare us for its surprises. In October 1962, who could have predicted the changes the Second Vatican Council would bring? Many presumed the 2,500 bishops arriving in Rome would vote for the documents the Roman Curia had prepared beforehand and the whole thing would be over in a couple of months.

Fifty years ago, who could have predicted that many of the council’s reforms would be officially resisted and delayed over the intervening years?

If our faith ancestors could eventually adapt to Jesus’ delayed Parousia, then we should also be able to adapt to situations we weren’t expecting. Of course, we can only pull this off if we can separate the essentials of our faith from the nonessentials.

Eighth Sunday in Ordinary Time: The gift of blind guides

Pew study: A third of US Catholics say their faith strengthened during pandemic

Wandering for God: a weekly pilgrimage