When I was a child, the sisters taught us to pray the Angelus as the noon bell rang at school. Then, it seemed like little more than a rote recitation of Hail Marys punctuated by call and response. The faster it went, the sooner we could start lunch and recess -- and that was the real importance of the bell. 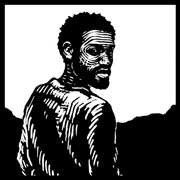 A few years ago, I returned to the Angelus in the context of my ministry and discovered a wonderful richness in it. As I heard the ringing bells from the nearby tower of St. Matthew’s Parish, I found that it offered me something both new and ancient. I had always thought of it as a Marian prayer. The New Catholic Encyclopedia describes it as a prayer celebrating the Incarnation. I think the two go together. What I now find in the Angelus is a reminder of the mystery of Christianity.

The first dimension of that mystery is God’s free initiative to send the Angel Gabriel to invite us to participate in the divine project. The second part of the mystery is humanity’s free response to God’s invitation: “Behold the handmaid of the Lord.” The third movement of the mystery is God’s ongoing incarnation in history via human collaboration: The Word continually becomes flesh, dwelling in and among us.

The Angelus, with its reminder of the mystery of God’s love and the human vocation, came back to me as I pondered the Scriptures for this Sunday. On this weekend before the Fourth of July, we are invited to recall our Christian vocation and how it intersects with our place in history as citizens of the United States.

Elijah’s call to Elisha sounds so simple, and yet it was not only a summons to leave behind family and fortune but also an invitation to join a risky ministry, to take part in a conflict with a nation that chose idolatry over worship of the God of Israel. The prophets Elijah and Elisha were called to condemn the activity of their government and fellow citizens. As in the invitation to Mary, the task was far from easy and not very predictable.

The same goes for Jesus’ disciples on the road to Jerusalem. Jesus’ chosen disciples were all too ready to do everything their own way -- in this instance, to wreak vengeful punishment on anyone who would reject them. As happened so frequently, Jesus had to remind them that it was their task to follow him, not to script the mission. Later, when someone met Jesus along the road proclaiming the desire to follow him “wherever,” Jesus replied that “wherever” was a destiny that even he did not control. He had been rejected by one town and was headed toward much worse. Only if people were willing to face that uncertainty would they be able to join him along the way. The other two potential disciples, one called by Jesus and the other making a limited self-offering, were not ready for Mary’s style of self-abandonment. More like the disciples who were ready to write the script for Jesus, the latter two wanted to fit discipleship into their existing plans.

The Gospel portrays those semi-willing disciples as lacking what they probably thought they were protecting: freedom. A Bob Dylan song proclaims, “You’re gonna have to serve somebody. ... It may be the devil or it may be the Lord, but you’re gonna have to serve somebody.” That’s the message we get from Paul in today’s selection from Galatians. In Paul’s vision of humanity, we are either slaves to self (seeking self-perfection through the law, wealth, status, pleasure, group affiliation, etc.) or graced with the freedom to live for Christ in love. For Paul, the paradox is that true freedom comes from God and enables us to give a free response of self-donation.

With that, we come round to the fullness of the Christian mystery recalled in the Angelus. Like Elisha and Jesus’ disciples, we are called and graced through God’s loving initiative. We say as much in the second Eucharistic Prayer: “We celebrate ... giving thanks that you have held us worthy to be in your presence and minister to you.” Today’s readings teach that true freedom is not a right, but a grace. God acts with us as with Mary: Vocation is an invitation to which we can respond, “No thanks,” “Maybe later,” or “Be it done unto me according to your word.” Only we can decide to accept the freedom God offers or to maintain our attachment to our cherished Ba’als, plans and ties. One thing we must know: God’s plan will not be thwarted. Not everyone called will accept discipleship. Those who do offer themselves must take on the discipline of learning from the Master, trusting that the Spirit of God will continue to grace them with a freedom that no law or constitution can approximate.

What I learned being silent with monks

Everything is a gift from God. Be thankful, and you will be joyful