Receive what you are

Students of Scripture must be well versed in the principle of Uhrzeit als End-zeit. Many of our sacred authors employed it. The German phrase can be translated as "The beginning is actually the end." The technique is used when one is trying to direct his or her readers' eyes to a future goal that the author is deeply committed to instilling in their minds and hearts. But instead of just stating, "This is what I expect you one day to become," the writer paints a picture of an ideal past in which those longed-for qualities were already present and practiced. The challenge is: "If we did it back then, why can't we do it now?" 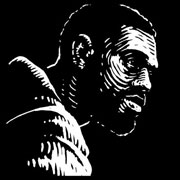 We must especially keep this in mind when we hear the three "summaries" in the Acts of the Apostles' first five chapters -- short passages describing how Jesus' first Jerusalem followers practiced their newfound faith.

Today's first reading provides us with a classic example of Uhrzeit als Endzeit. "They devoted themselves to the teaching of the apostles and the communal life, to the breaking of bread and to the prayers. ... All who believed were together and had all things in common; they would sell their property and possessions and divide them among all according to each one's need."

In other words, they were the ideal other Christs the risen Jesus intended them to be.

There's just one problem. This isn't the only picture of the first Christians that our sacred authors passed down to us. Luke composed Acts about 50 years after Jesus' death and resurrection, long after the diaspora of the Jerusalem Christian community and the 70 A.D. Roman destruction of the city. Luke's not giving us a contemporary picture of that community; he's writing for a mid-80s church.

Paul, in 1 Corinthians 11, provides us with a very different picture of how some Christians in Corinth were practicing their faith in the late 50s, during the time he was composing his first letter to that Greek community.

Not only does the Apostle mention nothing about his readers' commitment to the communal life, he points out that there are some in the community who can't even die enough to themselves to become one with all who are joining in the breaking of bread.

Paul eventually informs those selfish individuals that they are "eating the bread and drinking the cup of the Lord unworthily. ... For those who eat and drink without discerning the body eat and drink judgment on themselves" (1 Corinthians 11:27, 29).

It was only after I had been ordained for five or six years (with a licentiate in theology) did I discovered in a doctoral course on 1 Corinthians that Paul wasn't speaking about discerning the eucharistic bread as the body of Christ; he was saying that the community was the body of Christ.

Growing up Catholic, I learned a long list of sins that made one unworthy to receive Communion. But I don't recall on that list the sin of failing to recognize the person next to me in the pew as the body of Christ. That sin was at the top of Paul's list -- an action so serious it would exclude someone from participating in the breaking of bread.

Most Lucan scholars believe the evangelist included summaries of an ideal life in the early Jerusalem community because the Christians for whom he wrote in the mid-80s -- like Paul's mid-50s Corinthian readers -- were having problems recognizing the body of Christ among them. His description of the church "in the beginning" was actually the church he was trying to help create "at the end."

I suggest we've never, ever had an ideal Christian community anywhere or anytime in the church's 2,000-year history. We've been working at becoming the body of Christ for a long time.

That's why in today's Gospel from John, Jesus specifically points to the forgiveness of sins as one of the fundamental ways in which the Spirit helps us carry on his ministry. Only by forgiving can we form a viable community. Such loving communities are also part of that "new birth to a living hope" the author of 1 Peter insists the risen Jesus has given to us. We can't be saved in the biblical sense without constantly working to create such communities.

Consider the practice in many parishes today of bowing before receiving Communion. In some places, to save time, people are instructed to bow when the person in front of them is receiving Communion. It can appear they're bowing not to the consecrated host or cup but to the person in front of them, acknowledging him or her to be the body of Christ.

Not only would our Christian sacred authors be pleased with that idea, St. Augustine would rejoice. In distributing the Eucharist he always employed the formula, "Receive what you are: the body of Christ."

Spirituality | Receive what you are

With God, all is possible