Many of us learned in grade school religion classes that Jesus' resurrection was simply God's seal of approval on everything Jesus taught and did. So if he didn't actually rise from the dead, then the religion he founded and all the rules we learned in our catechism classes weren't binding on anyone. We'd best look for another religion.

Back in the 1960s, high-profile Episcopal Bishop James Pike made national news when he claimed he'd lost his faith in Jesus' physical resurrection because of the contradictions he found when he actually read those post-Resurrection Gospel passages in one sitting. He reasoned that if such a life-changing event had really taken place, we Christians should have just one rock-solid account of the happenings surrounding it. Our personal commitment to imitating Jesus' dying and rising demands no less. But as things stood, if these Gospel writings were employed in a court case to prove Jesus' resurrection from the dead, the judge would have no choice but to declare a mistrial because of contradictory testimony. 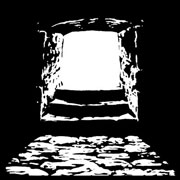 On the other hand, in his classic book The Virginal Conception and Bodily Resurrection of Jesus, the late Fr. Raymond Brown not only identified differences in the Gospel Resurrection narratives, he even supplied comparative charts to highlight them. This showed that contradictions abound when we ask questions like "Who went to the tomb that morning? Why did they go? What did they discover? How many angels were there? What did the angel(s) say? What was the women's reaction? When and to whom did the risen Jesus later appear?"

But as Brown faithfully pointed out, those contradictions aren't a reason to deny Jesus' resurrection. There's something going on in the Gospel narratives that most people never notice. Jesus' resurrection is employed by the evangelists to convey more than just God's seal of approval on his ministry.

We begin by recognizing the nature of Gospels. Their authors simply never intended them to be read as biographies of Jesus. The four Gospels (and all Scripture) aren't the news pages of the daily paper; they're the editorial pages, the section we turn to after reading the news in order to understand the implications of those events.

The key to understanding the different Gospel Resurrection narratives revolves around people's experiences -- those of the authors and the people for whom the narratives were originally composed. The evangelists presumed their readers were convinced long before they heard their Gospels that Jesus had risen from the dead, but also that they had already experienced the risen Jesus in their daily lives. The unique accounts of the events they narrated were prompted and shaped by those experiences. It is highly unlikely that any of the evangelists had ever encountered the historical Jesus. They and their readers knew only the risen Jesus. It's the risen Jesus, alive in the community, to whom biblical Christians are committed. For followers of Jesus, the present is always more important than the past.

Today's Gospel account of Mary of Magdala at the tomb addresses a common misunderstanding about the Resurrection. Mary sees the empty tomb and assumes, "They have taken the Lord from the tomb, and we don't know where they put him."

As Brown notes, Mary's quest for Jesus' body represents the notion of some on the periphery of the evangelist's readers who hadn't experienced the risen Jesus and thought that the resurrected body was simply the same body he had during the 30 years or so of his earthly existence. But that was not how the community had experienced the risen Jesus. Their experience is summarized in the verses that follow when the risen Jesus insists that Mary "stop hanging" on him. After the Resurrection, we're dealing with Paul's new creation, a phenomenon that can't be isolated to one place or time, or limited to one particular manifestation. Mary tries to hang on to someone who has been transformed.

The author of the Letter to the Colossians lays out the basics of such an encounter. As Paul constantly taught, one must first die with Jesus before rising with Jesus. They are two sides of the same action. Once we start to imitate Jesus' death by generously giving ourselves to others, our lives start to evolve on a different level. For Paul, we have become a "new creation." We're no longer the same people we were before we died and rose with Jesus. "If then," the author reminds his readers, "you were raised with Christ, seek what is above, where Christ is seated at the right hand of God. Think of what is above, not of what is on earth. For you have died, and your life is hidden with Christ in God."

Converts like Robert Lax bring something fresh, something unexpected to communities