Four neighbor women gather their teenage children as the smog-filtered sun begins to rise. The mothers check backpacks and bundles, all the while giving directions. Do this, don't do that. Go here, don't go there. Keep clean. Pray. Every day, pray. Everyone is frightened, confused. Each holds on to another as if existence itself depends on the feel of skin on skin. The teens hold back tears. The mothers' eyes are overflowing.

It could be Honduras or Guatemala, El Salvador or Detroit. In order to be safe, the children must leave. Violence that looks a lot like drugs, or crime, or capitalism, has corrupted life itself. The children have been fleeing, just as you or I would. For just over a year, they've been arriving at the U.S. southern border. 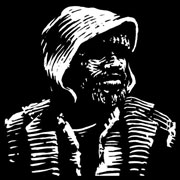 Except for the children of Detroit. They are taken by the state. Detroit continues to shut off water to thousands of households per week. Upwards of 200,000 customers, low on employment and late on bills, are threatened with shut-offs while welfare authorities take children from homes without running water. Detroit's water department says it needs to recoup millions, but it is not shutting off water at the golf club, the Red Wings hockey arena, the Ford football stadium or more than half of the city's commercial and industrial users, all of whom reportedly owe a total of $30 million.

The children crowd my thoughts as I read Sunday's Scriptures, stunned by their timeliness. "I will rescue them from every place where they were scattered when it was cloudy and dark," says God through Ezekiel, "but the sleek and the strong I will destroy, shepherding them rightly" (Ezekiel 34:12, 16).

We have reason to be afraid. The readings do not meet our standards. In fact, they measure standards in an entirely different way. Where we claim the right to refuse scores of refugee children who wish to enter our borders, today's reading would have us acknowledge their right to flee for safety. Where we claim economic theory as an authority for taking children from their homes rather than lowering utility rates, Psalm 23 reminds us that God accompanies the dispossessed. If we help create conditions of economic and political injustice, Matthew reminds us that our treatment of the victims will determine how Jesus treats us on the day of decision.

While today's feast day is called the Solemnity of Our Lord Jesus Christ, King of the Universe, each reading uses images of shepherds and shepherding. Each offers insight into what shepherding means, not just in physical terms, but in terms of a worldview, an engaged faith. I am reminded that the image of a shepherd was a metaphor for kingship in ancient Israel and throughout the Near East. It was a metaphor for both nurturing and power.

Ezekiel, who was the prophet to Jewish refugees in Babylonia, depicts God as a shepherd gathering the scattered sheep. God is the seeker of strays, the injured, the sick. God also knows how to shepherd the sleek and strong. In this reading we already see reference to judgment between the rams and goats.

Psalm 23 presents shepherding as the act of accompaniment. God participates in the community as its members bear each other up in times of evil and destruction. The psalmist describes God's role, showing how accompaniment becomes deliverance.

For Matthew, the shepherd sorts out those who opted for the kingdom and those who opted out -- the sheep and the goats. The Gospels do not get much clearer in delineating the kind of relationships we are called to have, whether they are personal, political or economic.

I cannot read Matthew's Last Judgment scene without thinking of Fritz Eichenberg's many woodcuts in The Catholic Worker newspaper. One, "The Christ of the Breadlines," depicts Jesus as the central figure in a dark, Depression-era line of homeless and hungry men.

In what lines of suffering humanity would Eichenberg place Jesus today? How would the artist interpret, visually, the economic violence that regulates our resources to benefit the few at the expense of the many? Would Jesus stand with the fleeing children or with those sending them back home? Would he stand with the families losing access to water or with the powers that set the rates? And where do you and I stand?

There are urgent choices to be made about how we live our lives. There are worldviews to choose from and a faith to be lived out. May the feast we are celebrating, in both its nurturing and its power, be our guidance and strength.

[Angie O'Gorman is a freelance writer living in St. Louis, where she works at Legal Services of Eastern Missouri.]

It ain't your baby

Twenty-Sixth Sunday in Ordinary Time: Hunger affects us all