According to the Bible, around 1200 B.C., God began enabling dependency. In one 40-year episode, God sent a substance called manna to a people wandering in the desert. Had God let them be self-sufficient, they might have found their own food, or eaten less, or just gone back home and gotten jobs. Well, maybe not back to Egypt exactly, but somewhere they could find employment. On the other hand, self-sufficiency may not have been what God was after. 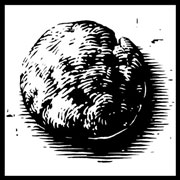 Manna had a strange effect on the wandering people. It helped organize them. They had to figure out a way to collect and distribute and consume this daily edible event, and do so before the day's end, for the manna would not last overnight. The next day the same process would begin all over again.

So manna fed the people not just physically but socially and economically, too. And, of course, the experience day after day of this good gift, beyond anything deserved, hoped for or imagined; this experience of being loved and cared for -- it formed them, too. It meant they didn't have to be self-sufficient any more.

Years later, Moses told his people, as they sat on the stony ground at the border of the Promised Land, to consider self-sufficiency. "Remember how for 40 years," he said, "the Lord, our God, directed all your journeying in the desert."

The form of the word translated in this passage as "your" is not individual but communal. It may have taken 40 years, but a community now existed, with all its riches and limits, its brokenness and grandeur, its need for rules and rituals. Where there used to be a gathering of individuals, there was now a community, a people with the capacity for the Promised Land.

I suspect that during those long years in the desert there were some people who had difficulty walking, some who could not sustain the scorching sun, some who really did not care about the Promised Land but went along for their own reasons. Some thought the trip was a mistake. Some would have gone back to Egypt. At least there was food there. Some got sick, or grew old and slowed down the pace for others. Some got angry. Self-sufficiency would say: These people can be left behind. We should be as independent from these people as possible. They impede everything. They can cost you your life.

But I do not find a biblical basis for leaving anyone behind, certainly not in today's readings. Today's feast celebrates our surviving because we refuse to be self-sufficient.

Centuries later, Jesus pushed the same dependency theme further. He also used food, materially and symbolically, to build community that was pointed toward the Promised Land.

His message was this. After walking in our own wilderness of loss and limits, broken bones and broken hearts, of tears and defeat -- after all our mistakes and missteps, we can still depend on the sufficiency of love come down to save us. "Your ancestors ate the manna in the desert, but they died; this is the bread that came down from heaven, that one may eat it and not die" (John 6:49-50). To eat is to acknowledge our dependence both on food and on each other.

We are participants in Christ, Paul says in 1 Corinthians 10:16-17. We have merged; we ourselves have been transubstantiated. And part of the process is that eating from the one loaf makes us one body. We don't have to be self-sufficient anymore. Unlike the people who see themselves, first and foremost, as self-sufficient individuals, we who share this bread see ourselves, first and foremost, as a community caring for one another. It is precisely that connectedness that allows the human self to be as sufficient as possible. Outside of that connectedness, the drive toward self-sufficiency is merely a form of brokenness. It denies community and in so doing destroys part of what makes us human.

The most significant thing is community, others say. We are not alone anymore. ...

We cannot love God unless we love each other, and to love we must know each other. We know him in the breaking of bread, and we are not alone any more. Heaven is a banquet and life is a banquet, too, even with a crust, where there is companionship.

We have all known the long loneliness and we have learned that the only solution is love and that love comes with community.

Obedience is not mere blind capitulation to authority