'Would you go and tear up St. Peter's in Rome?' 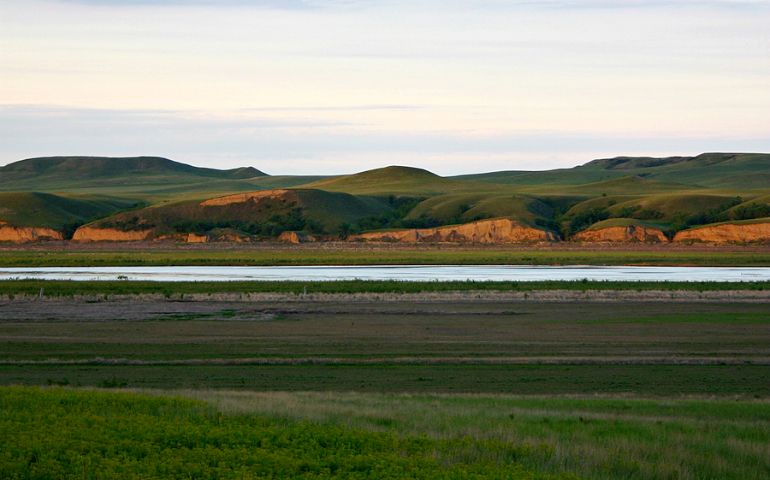 "Would you go and tear up St. Peter's in Rome just because you want to put a pipeline through it?" This is a quote from Miles Allard, a Native American elder at Standing Rock in North Dakota, where the protests against a proposed oil pipeline have been growing for months. The essence of that protest is actually religious in nature. The Sioux regard the land where the pipeline would run as "sacred land," deemed so by their ancestors as well as present-day Native Americans. This is not often mentioned in the news.

Allard was interviewed by Abby Holtzman, an assistant producer and Loretto volunteer here at Interfaith Voices on her recent visit to Standing Rock.

The comparison to St. Peter's Basilica in Rome is especially striking. Native Americans have long believed in the sacredness of the Earth, and have often designated tracts of land as "sacred." There are no buildings, temples, churches, steeples or stained-glass windows in those sacred spaces — only the Earth itself.

That often strikes outsiders as odd or peculiar. But there is true wisdom here. Native Americans understand at some deep level the sacredness of our planet and the need to preserve it from nefarious uses. That consciousness is part of their gift to us.

So it is with great rejoicing that the Sioux, and the thousands who have stood with them in North Dakota, rejoice now that they have won a major victory in their struggle. The Army Corps of Engineers recently denied the proposed pipeline route that would have run through sacred lands.

However, the protesters are not leaving. Everyone knows that the administration of Donald Trump will take office after Jan. 20. Trump has already made clear that he supports the pipeline, and may well to try to reverse this Corps of Engineers decision once he's in office. It's not likely that he cares about "sacred land," if he even knows what that means.

However, those of us who do care about the Earth, and the very future of our planet, can learn a great deal from the Native Americans who have led the protests at Standing Rock. They are teaching us that our very planet is sacred, and we have a duty to preserve it from anything that would despoil or threaten it.

I have not heard Pope Francis make any statements on this protest. But given his words on environmental justice in "Laudato Si', on Care for Our Common Home," I suspect he blesses the courageous efforts of Native Americans and their allies. Let us hope that this recent victory, which could reroute the pipeline away from sacred land, holds.

Spirituality | 'Would you go and tear up St. Peter's in Rome?'