Real freedom is giving of yourself, over and over again 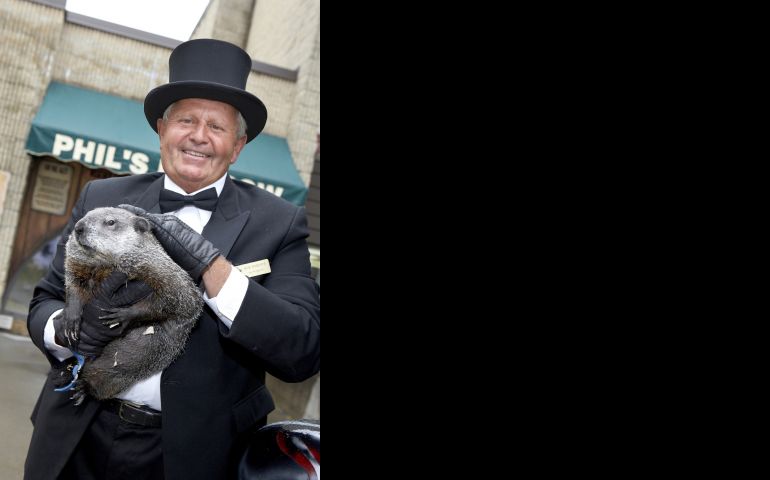 On Monday evening – Groundhog Day – I watched one of my all-time favorite movies in honor of the holiday.

“Groundhog Day,” the 1993 Harold Ramis classic starring Bill Murray, tells the story of cynical TV weatherman Phil Connors, who is sent from Pittsburgh to small-town Punxsutawney, Pa., to cover the Groundhog Day festivities. (If you haven’t seen it, please fix that as soon as possible.)

Stuck in town overnight because of a blizzard, Phil wakes up in his bed and breakfast the next morning and it’s somehow Feb. 2 again. The day plays out the same way as before, but nobody else notices the loop. This happens over and over, and Phil has to figure out how to live in a world without a future or long-term consequences.

Phil’s evolution over many years’ worth of Feb. 2nds makes the movie a fascinating parable about freedom. At first, he does whatever feels good: He stuffs his face with dessert at a diner, steals money from an armored car, starts a high-speed chase with police, and seduces women. It’s the stereotypical young kid’s fantasy about adulthood freedom come true: “When you’re a grown-up, you can do whatever you want!”

This sequence reminds me of David Foster Wallace’s treatment of freedom in his 2005 Kenyon College commencement address, “This is Water.” In the speech, Wallace talks about our human “hard-wired default-setting” that makes each of us assume that we are at the center of the universe. “Think about it: There is no experience you’ve had that you were not at the absolute center of,” he says. Our culture doesn’t do much to challenge this me-first default-setting, which has “yielded extraordinary wealth and comfort and personal freedom. The freedom to be lords of our own tiny skull-sized kingdoms, alone at the center of all creation.”

For a big chunk of the movie, acting out of his own default setting, Phil attempts to court his TV producer Rita (played by Andie MacDowell), who is his exact opposite in outlook and temperament. He memorizes her likes and dislikes, and then pretends to share them. It’s more about the conquest for Phil than actually getting to know her. This method almost works a few times, but Rita ultimately sees through his insincerity on each occasion. Phil winds up depressed and empty. He tries to kill himself a number of ways, but remains stuck in the cycle.

At the end of his rope, Phil opens up to Rita and explains his predicament. In the process of his womanizing, he has actually fallen for her, moved and challenged by her goodness. “I know all about you,” Phil says. “You’re very generous. You’re kind to strangers and children, and when you stand in the snow, you look like an angel.”

Phil follows her lead and starts spending his days caring for others. In a lovely montage, he catches a kid who falls out of a tree, changes a flat tire for some elderly ladies, and saves a man’s life with the Heimlich maneuver. He is compassionate toward a homeless beggar and supports a nervous couple on their wedding day. It’s this version of Phil who wins Rita’s heart and eventually escapes Groundhog Day.

Wallace describes this better kind of freedom in “This is Water,” which he says you won’t hear much about in the “great outside world of winning and achieving and displaying.” This other sort of freedom “involves attention, and awareness, and discipline, and effort, and being able truly to care about other people and to sacrifice for them, over and over, in myriad petty little unsexy ways, every day. That is real freedom.”

In other words, real freedom is self-gift instead of selfishness. It’s choosing the good of the other over your own pleasure. For Phil, growing in freedom meant a move from “I can do what I want” to “I can do what is right.”

Often, it seems like our American definition of freedom is closer to early-movie Phil’s than end-of-movie Phil’s. Catholics could help change that. We could bring our principle of the common good to the national conversation. We could tell stories about the heroes who understood real freedom, like the newly-declared martyr Oscar Romero, who stood with the poor and oppressed even though he knew it would cost him his life. And we could try our best follow their example, giving of ourselves in big and little ways, every day.

Real freedom is giving of yourself, over and over again

Editorial: Torture is a stain on US conscience