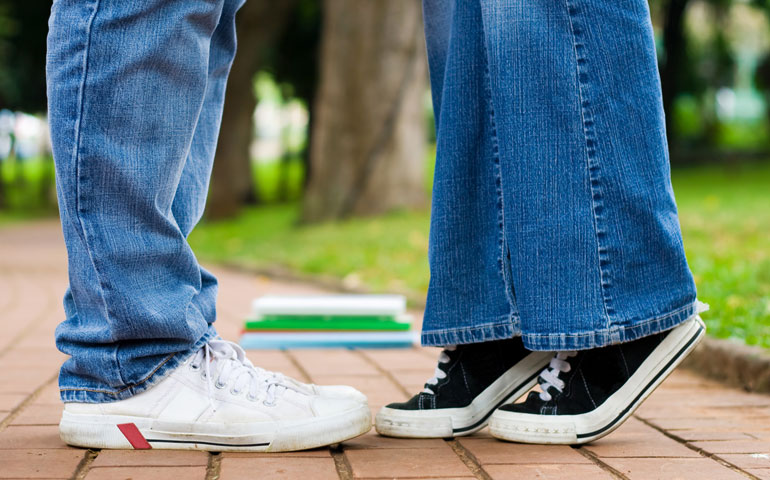 Emerging adults have once again descended on college campuses all over the United States. They take up residence in new places, meeting new faces, applying themselves to studies and winding up at parties.

Since the initial publication of Donna Freitas' Sex and the Soul: Juggling Sexuality, Spirituality, Romance, and Religion on America's College Campuses in 2008, much has changed in the public consciousness and even federal regulations related to sexual behaviors on college campuses. Any college campus receiving federal aid must now implement educational programming and responsive training related to preventing sexual harassment and assault.

As Freitas points out, these initiatives are "about how universities handle (or don't) claims of sexual assault by students, and the fact that so many who are assaulted are victimized a second time by the process (or lack of one)."

However, such programming does not, and is not designed to, help college students develop healthy sexuality and relationships.

Sex and the Soul, on the other hand, attends to broader concerns. The value of the revised edition is twofold: It offers a descriptive account of the intersections of spirituality, religion, sexual behaviors, and relationships on diverse college campuses, as well as a more robust section addressing realistic and relevant responses to the issues students name as problematic.

With her gift of expressive writing, Freitas -- who has a background in religion and literature -- brings the research data to life in her retelling of student interviews. Some have criticized her research methodology as lacking in sociological rigor. Regardless, her engaging prose presents a picture of college life that invites the reader to be part of students' accounts of their struggles with sexuality and relationships. What she finds is almost universal confusion and disappointment.

Freitas divides her findings into student populations at two kinds of institutions: evangelical ("where a quest for purity and chastity reigns supreme"), and spiritual (including Roman Catholic and religiously unaffiliated schools). Whereas evangelical colleges cultivate an atmosphere where faith is to be discussed and practiced, students at spiritual colleges report a lack of discussion and isolated practices related to faith or religion.

The findings suggest that while Roman Catholic institutions articulate strong religious connections (in mission statements, for example), these commitments do not translate into the everyday experiences of students. Freitas writes, "This oversight has even bigger repercussions when it comes to sex."

Freitas found students contending with two kinds of idealized sexual cultures: either strict purity culture or hookup culture. She uncovers the often-helpful aspects as well as the unattainable and harmful effects of both cultures.

Evangelical students understand romance as part of a religious ideal and directly connect their Christian faith as an ethical guide related to sexuality. However, she writes, "for those who fail in this quest for purity and thereby forfeit the Christian fairy tale, it is a terrible burden."

Students at spiritual colleges generally divorce religion or faith from sexuality. Often this response frees them from religious rules that perpetuate discrimination based on gender and sexual orientation. The hookup culture that replaces these value systems leaves most students wishing for romance and "for more respect and awe about sex among their peers."

For Catholic higher education, Freitas' findings may have sounded an alarm bell in 2008. Catholic college students felt the same about faith and sexuality as the average student. In some cases, students who found Catholic teachings on sexuality oppressive and outdated were more likely to dismiss the validity of religion as an informed source for sexual decision-making.

Many Catholic institutions might have an instinct to replicate the evangelical purity culture model, which seems, at the very least, to require that students wrestle with religious values.

Catholic institutions may find a more fitting response in the new edition. Freitas offers concrete suggestions on how to address what she calls the disconnect between sex and the soul. She distinguishes between hookup culture and the sexual behavior known as hooking up. Freitas writes, "There is a difference between a single hookup, a 'hookup in theory,' and a culture of hooking up."

Most college-age students will hook up at least once; most agree that a hookup in theory (i.e., a no-strings-attached, one-time, consensual and pleasurable sexual experience) is a good thing; most report that hookup culture robs "them of choices around sexuality and the potential to take other roads toward romance and relationships."

Opportunities to engage in moral discernment and unplug from outcome-based, technologically connected lives are also ways to push back on hookup culture. Students learn that sex is something to get done, divorced from emotions and relationship. Freitas found that "hookup culture thrives when people don't stop and think."

Freitas suggests administrators rethink the delivery of sexuality education and sexual assault prevention programs. She encourages campuses to enlist adults from across campus to be part of "small, intimate, intergenerational settings for discussions around sex, hooking up, dating, sexual assault, and [sexually transmitted infections]." Smaller groups and multiple adult mentors make it easier for students to be part of the discussion, send the message that the topic is important, and start building communication skills related directly to sexuality.

"Hookup culture teaches young adults that communication creates intimacy and attachment, therefore not communicating at all with one's partner is best (which is also often where alcohol comes in to help)," she writes. Modeling discernment and communication in sexuality education programs establishes a new culture.

Granted, the problems of hookup culture are not going away anytime soon. Mandating sexual assault and harassment prevention programs will have a minor effect. Perhaps the best outcome of such mandates has been encouraging students to be "upstanders" against sexual harassment and assault.

What Freitas' work should teach us is that we have failed college students by not educating them throughout their childhood and adolescent years about the connection between faith, sexuality and relationships. Certainly, faith communities and families can and should spend more time in the listening mode that Freitas models, allowing space for youth and young adults to discuss their faith beliefs and their understandings of what makes for good sex and healthy relationships.

[Kate Ott is the author of Sex + Faith: Talking with Your Child from Birth to Adolescence.]

A version of this story appeared in the Sept 9-22, 2016 print issue under the headline: Updated Sex and the Soul takes in changed landscape of college campuses.