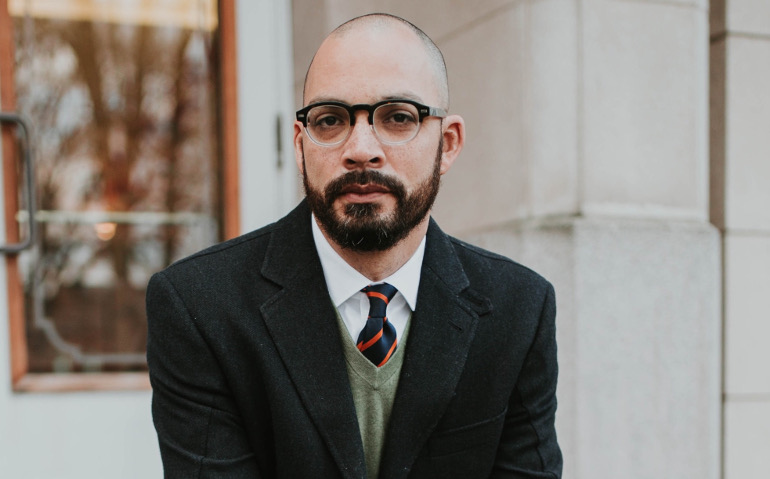 THE DEATH OF RACE: BUILDING A NEW CHRISTIANITY IN A RACIAL WORLD
By Brian Bantum
Published by Fortress Press, 182 pages, $16.99

In The Death of Race: Building a New Christianity in a Racial World, Brian Bantum explores the practical consequences of race in our world: Those who have inherited sovereignty have long organized the world according to the belief that whiteness is the paragon of existence, while black and brown bodies are deficient and suspect. It is this misconstrued and dangerous understanding of race that Bantum believes must die if followers of Jesus Christ want to live a meaningful embodied life in the spirit of their Savior.

Bantum is a biracial person who married a Korean-American woman. His life story is woven throughout the book as he explains the manner in which he came to racial consciousness.

It began with a choice. When the author was 6 years old, his mother was filling out a government document. Under the category of race, she asked her son to select the race that best captured his identity: white or black. Bantum selected “white” because of his love of his mother and the physical characteristics he shared with her. His brother, on the other hand, chose black because of the physical characteristics he shared with his father. Early in his life, Bantum began to realize the complexity of race in the U.S.

The opening chapter, “Race Is a Story Written on My Body,” takes into account the complexity of race and that of being embodied. The story told by black bodies, Bantum writes, helps people remember that we are “a product of history and that we participate in history,” and that “our identities are about our bodies.”

Bantum explains his understanding of race as “the structure of death, the dehumanizing and de-creating word a people sought to speak over the world, and violently succeeded. Race is what overshadows the world, conceiving our bodies and their differences as something to be perpetually overcome.” He later writes, “My body is not a race.”

Though the church, like other social institutions, has historically been part of the problem, Bantum believes it can be part of the solution. By focusing on Jesus’ life witness, he believes that we can re-imagine Christianity. By recalling the stories in Genesis, we are reminded of overarching themes about the goodness of all that God creates, including and especially our bodies and our relationships with one another and all of creation.

Bantum invites his readers to push back against the limiting and demoralizing dimensions of race as fate, while also celebrating that “we are made in the image of a God whose life is relationship, whose life is difference and likeness and presence and love.”

Returning to some of the stories from the Hebrew Bible, Bantum shows how God can make wrong relationships right. This is evident in the fall of human kind, as Adam and Eve and their sons, Cain and Abel, grasp toward sovereignty. Both stories result in serious consequences.

Bantum writes, “In Adam and Eve’s disobedience their freedom turned upon themselves and against one another.” When God accepts only Abel’s offering, Cain becomes angry enough to kill his brother. Bantum likens these power grabs to cancer. As we know too well, cancer can be a silent killer that destroys a person from the inside out.

When human beings become estranged from each other, something similar happens. The author astutely states, “The story of race is the story of painting guilt upon the dark bodies of the world. We want to be free, but we cannot imagine our freedom without forcing another’s bondage.”

God’s ever-faithful presence at the critical junctures of our lives can help women and men resist losing hope. The death of race must be redeemed so that all may be free of it.

Throughout The Death of Race, Bantum’s motifs and leitmotifs provide a moving structure to his storytelling. Embodied human experience is central to this work, so it is no surprise that Bantum turns to the embodied lives of Jesus and Mary to conclude his book. Here, he celebrates the Incarnation and humanity’s painful and alienating experiences.

It is possible for women and men to re-imagine the negative dimensions of race that are written on our bodies. In order for this to happen, we must remain attentive to the machinations of race that lead to the dehumanization of the most vulnerable and the perpetuation of the unjust structures that were created to gain and maintain sovereignty.

The lives of Jesus and Mary demonstrate the truth that human bodies matter. Surely, Mary, who carried her son in her womb for nine months, knows it. And Jesus, who shared in our humanity and walked side by side with other people, understood it, too.

“The incarnation is the promise that our bodies and our words matter,” Bantum writes. It is also an “an invitation to live into a new story.”