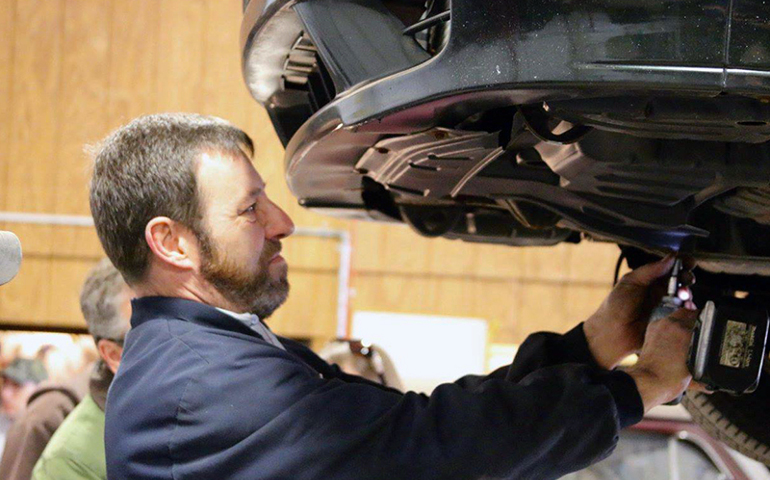 When he founded the car-care ministry at McEachern Memorial United Methodist Church 15 years ago, David McCoy knew he was filling a need in his community. What he didn’t know was just how big a need that was.

Car-care ministries like McCoy’s, where church members repair cars for those in need, transcend state borders and religious groups. But, McCoy said, there still aren’t enough of them. After news outlets including USA Today and Fox News profiled his church’s work in Powder Springs, Georgia, he saw calls jump from about 25 per month to over 300.

“The cry for help has just been tremendous over the past six weeks,” he said. “ ... We feel that here in this area, and in many areas, transportation is as vital as food and clothing and housing. It's crazy how dependent we are on transportation and how quickly our lives fall apart when we don't have it.”

While each is a bit different, these ministries typically serve single women and the elderly, allowing them to get to work, take their children to school or drive to medical appointments. The churches usually ask clients to buy the parts but the ministries supply the labor, typically the most expensive part of a car repair, for free.

Finding people to fix cars can be the hardest part of running a successful car-care ministry, he said. At least some volunteers need basic knowledge of mechanics, but those without experience can help by running errands, interacting with the clients or holding a flashlight.

“I tell people, if you can drive a car you can help at car care,” he said.

The car-care ministry at Houston's First Baptist Church in Texas is taking that concept further. Eric Reed, a minister to men at the church, said the ministry plans to host introductory mechanics courses for millennial men in the congregation “in hopes of giving them some confidence.” They also expect the men to give back to the car-care ministry with their new skills.

“It's good stewardship of kingdom dollars,” he said, referring to the nonprofit ministry.

"I mean, we have a bus line here, and it's a decent bus line, unless you work second or third shift," Pleasants said.

Tony Pucci, who runs Powder Springs’ car care ministry, said he often gets calls from people out of state. He thinks creating a network of similar ministries across the country would be helpful.

“We'd like to find out who's out there so we can make sure that everybody's getting taken care of,” he said.

“Knowing you're not alone when you feel like sometimes not many people are doing this is encouraging,” Reed said. “I think that most people who share that same passion for Christ and cars, that would resonate with them.”

Despite any obstacles these ministries face, McCoy said he trusts God to take care of it.

“Time after time after time, God has first presented us with a need and then he's answered that need,” McCoy said. “In the Christian world, we understand that this is just God working.”