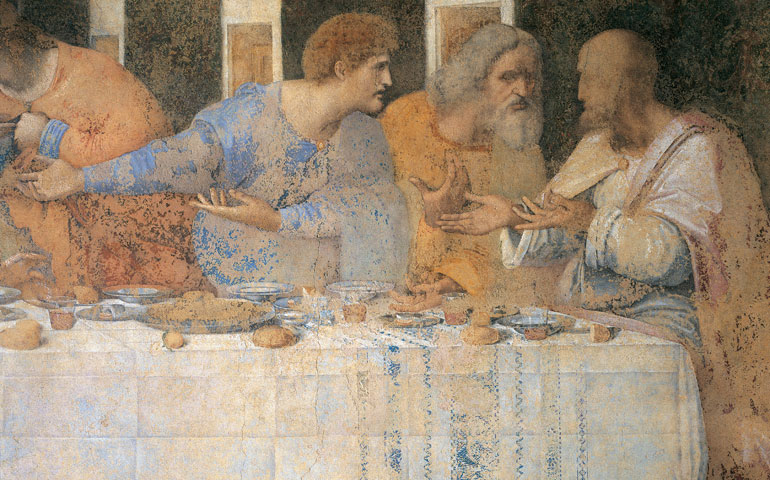 My late grandmother and I were very alike. We looked alike, we were both thrifty, and we shared interests like sewing and baking. And we both thought we were right most of the time.

Yet we had very different beliefs, mostly about secular and church politics. A convert to Catholicism, she supported conservative and traditionalist Catholic organizations. I was studying feminist theology and had joined a women's spirituality center.

Once, after telling her about an article I had written in favor of women's ordination, she said, "Heidi, I just wish you saw things more like I do."

To which I replied, "And, Grandma, I wish you saw things more like I do!"

We were two strong-willed women with firmly held beliefs and ideals -- different beliefs and ideals, to be sure, but a mutual respect for the other's passion. While I give some credit to Grandma's genes as the source of my zeal, I also suspect my faith has contributed to it.

Scripture and church teachings are pretty clear that there's no room for being wishy-washy about our faith. Jesus did not say, "Love one another as I have loved you -- if you feel like it, but you don't have to if you don't want to." Sacrificing one's life is about as extreme as it gets.

Consequently, whether on the left or the right, Christians (and some other religious folks, too) have inherited the tendency toward "my way or the highway" zeal. Compromise is a dirty word, maybe even a sin, in the eyes of some Christians.

Strongly held religious beliefs are not a bad thing, unless they are accompanied by intolerance of the right for others to hold equally strong, but different, beliefs. In fact, passionate beliefs -- in the dignity of all people, for example, or the preferential option for the poor -- can inspire equally passionate work for justice.

But while compromise may be anathema in a religious sphere, it is the way things get done in the political one. Which is why I'm concerned that compromise is now seen as a "sin" in American politics, especially during this presidential election.

Compromise is the glue that helps people who are different to get along -- whether in a marriage, in a friendship, or in a country. Some compromises are about small things: You want to order out Italian; your husband or friend prefers Mexican. But sometimes spouses, colleagues and fellow citizens also have to compromise about bigger things, even about strongly held beliefs.

Compromise may be a strategic move, in that it moves you closer to your goal, if not all the way there. But sometimes compromise is just about keeping the marriage, the workplace and the country together. The compromise may be only to "agree to disagree" -- but respectfully enough to maintain the relationship, or the republic.

It's important to hold all elected officials to high standards, and of course we should vote for those who share our values and will work on the issues of justice we believe in. But all politicians have to make compromises, and so do voters.

Whether in politics or other parts of life, compromising is hard, and it involves a level of self-sacrifice. You don't get exactly what you want. Such a suggestion is a hard sell in an individualistic, consumer-oriented society. But, in the end, those kinds of compromises can reap benefits, too, in terms of tolerance, respect and even understanding.

Although Jesus didn't counsel compromise about spiritual matters, he may have modeled its necessity in getting along with others in his choice of disciples. In fact, the negative connotation of the word zealot comes from the first-century Jewish political movement that sought the violent overthrow of the occupying Roman government. Jesus chose a zealot, Simon, as one of his 12 apostles, but he also chose Matthew, a tax collector in cahoots with the Romans. You can bet some compromise was needed between those two.

Every person has to decide what compromises they are willing to make -- and not make. No potential mate, no workplace, no presidential candidate is perfect, but some are better than others. In some of the races I will vote in, the decision will be harder; the presidential race is not one of them.

My grandmother died eight years ago, just a few days short of her 97th birthday and the day before President Barack Obama was elected. I'm confident she is now with God -- and no longer has to worry about such things as presidential elections. As for me, I know I can be both passionate in my beliefs and willing to make compromises when necessary. On that, perhaps Grandma and I could agree.

[Heidi Schlumpf teaches communications at Aurora University in the Chicago suburbs and is the author of Elizabeth Johnson: Questing for God.]

A version of this story appeared in the Oct 7-20, 2016 print issue under the headline: Compromise is the glue in relationships.