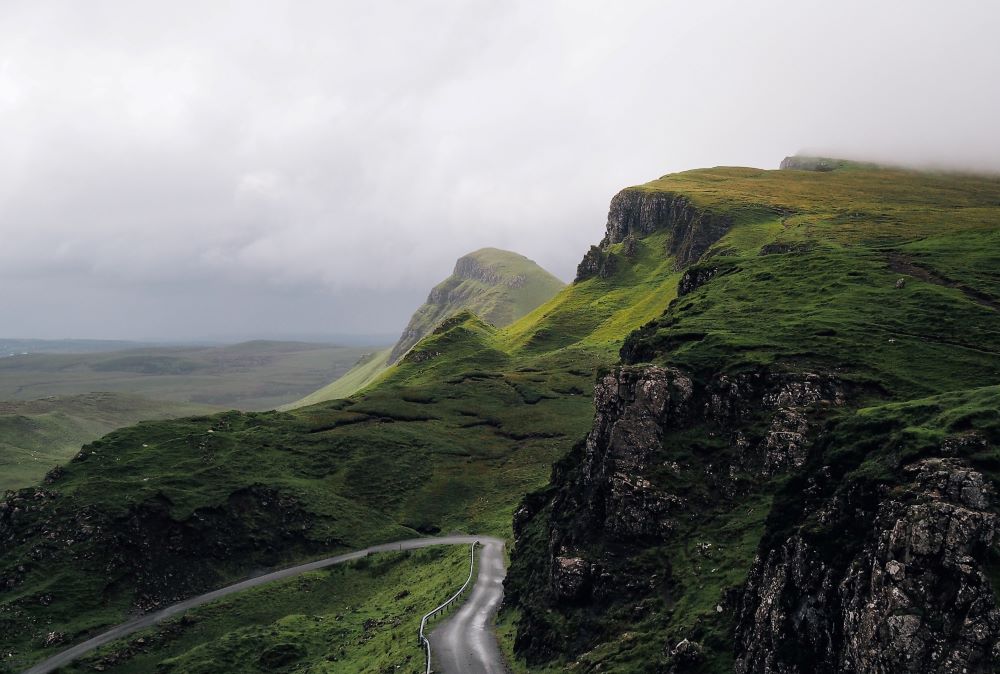 'The moral worth of any generation is the world it leaves to its children.'
—Dietrich Bonhoeffer

A prolific Catholic writer largely forgotten outside his native Ireland today is James Plunkett, a 20th century novelist and short story writer who was known for his integrity and moral courage as well as for his social conscience for the working and poor men and women in his native city of Dublin. He was, in fact, often called "the conscience of the city," and his four works of fiction — in particular the historical novel Strumpet City (1969) and a collection of short stories entitled The Trusting and the Maimed (1955) — reveal a notably humane and memorable author.

James Plunkett was actually a penname for James Plunkett Kelly (1920-2003), the son of a World War I veteran father who died when he was 12, which the writer once said in an interview was for him "the end of the bloody world." The empathy Plunkett (no relation to this writer) held for the poor, the lonely and the suffering likely had its origin, at least in part, in this early experience of personal loss. As a boy, he attended a Christian Brothers school on Synge Street, where all the teachers spoke the Irish language and "although by and large they were good men, they were intoxicated with patriotism and intensely concerned to eradicate any remnants of servility or British influence," he would later remember.

Plunkett's first stories were published in his 20s in the beginning of the 1940s in an emerging sociocultural journal in Ireland called The Bell, edited by the writer Sean O'Faolain. The publication was a breath of fresh air to countless Irish writers and thinkers seeking something more interesting and realistic in the intensely conservative and religiously devout Ireland of those post-independence years. The publication, with its editorials arguing against the rising of book banning, religious pietism and cultural parochialism, was also a continual thorn in the side of the Irish government and Catholic hierarchy.

Many of these previously published stories were eventually collected in a 1955 book entitled The Trusting and the Maimed and other Irish stories and are filled with spiritual and emotional pain; struggles often amplified by the stresses of urban life and all derived in some way from Plunkett's early childhood and young adulthood experiences. These include the disheveled and delusional shellshocked Great War veteran in the poignant "Dublin Fusilier," and a terrifying English teacher who beats students with a leather strap if they erred in their recitations in "Weep for Our Pride." All are imbued with Irish Catholicism and several of the most memorable involve characters who suffer deep-seated shame and fear, including the titular story about a pregnant and abandoned young woman with "a habit of prayer" who goes to confession and is told by a Franciscan confessor that she must tell her family to forgive her "because God has forgiven you."

A believing Catholic who attended Mass throughout his life, Plunkett wrote in The Gems She Wore, a 1972 book on Ireland, that while the dogmatic and insensitive Church of his youth "condemned practically everything I later came to regard as worthwhile (including his belief in socialism) … it guarded a Truth which was better than the sum of all its wrongheadedness."

One story that captures Plunkett's idea of faith is "Janey Mary," which concerns a barefoot girl from an impoverished neighborhood in the ancient Liberties section who begs for bread for her widowed mother on a cold winter day and is trampled upon by a beggar's boots at the Feast of the Blessed Bread at St. Nicholas' church. She is left unconscious but is picked up and cared for by the kindly Augustinian priest Father Benedict, and as she wakes in the visitor's parlor of the church the priest tells a lay brother that although she is safe, "you can see the print of the nails" of the man's hobnailed boots on her feet — a clear nod to the wounds of Christ.

Strumpet City — an internationally bestselling novel that took Plunkett 10 years to write — is arguably his most important work. It concerns the industrial strikes that roiled the city of Dublin between 1908 and 1913 and culminated in a lockout of over 20,000 workers for half a year, ending only when cold and near starvation forced the working men of families living in the overcrowded tenements of the city back to work in February 1914.

The Dickensian epic portrays a time of strikes and police baton charges and scores of hungry and defiant men who gathered together in dreams of a better life for themselves and their loved ones. The characters include a kind-hearted tramp named Rashers Tierney and the priests of the destitute parish of St. Brigid, Father O'Connor and the alcoholic Father Giffley, among others.

Father O'Connor is especially compelling as he seeks to chasten his pride and acquire humility. He is complemented well by the disdainful parish priest Father Giffley, who deplores the blind piety he sees in the young curate. Father O'Connor opposes the strikes as a kind of godless materialism that stands against church instruction. As critics have noted, James Plunkett gives every character an inherent dignity, no matter their station, weaknesses and flaws. Brotherhood, self-giving and forgiveness are among the novel's highest virtues.

In a memorable scene early in the novel a city prison where Rashers Tierney has been detained for public disturbance after having been pickpocketed during a procession of the King of England across Dublin. The night sergeant brings a mug of tea and some bread into Tierney's cell, hands the tramp a shilling and allows him to leave into the night; this while the night sergeant himself is engulfed in grief as his young son is in the hospital dying of meningitis.

This is Plunkett at his best: a sacramental passage on the transcendence of giving to another person in a time of one's own pain, not unlike the Last Supper. The profundity of the scene reflects both the true meaning of Strumpet City and the true Catholicism that James Plunkett carried within his heart and spirit throughout his life.