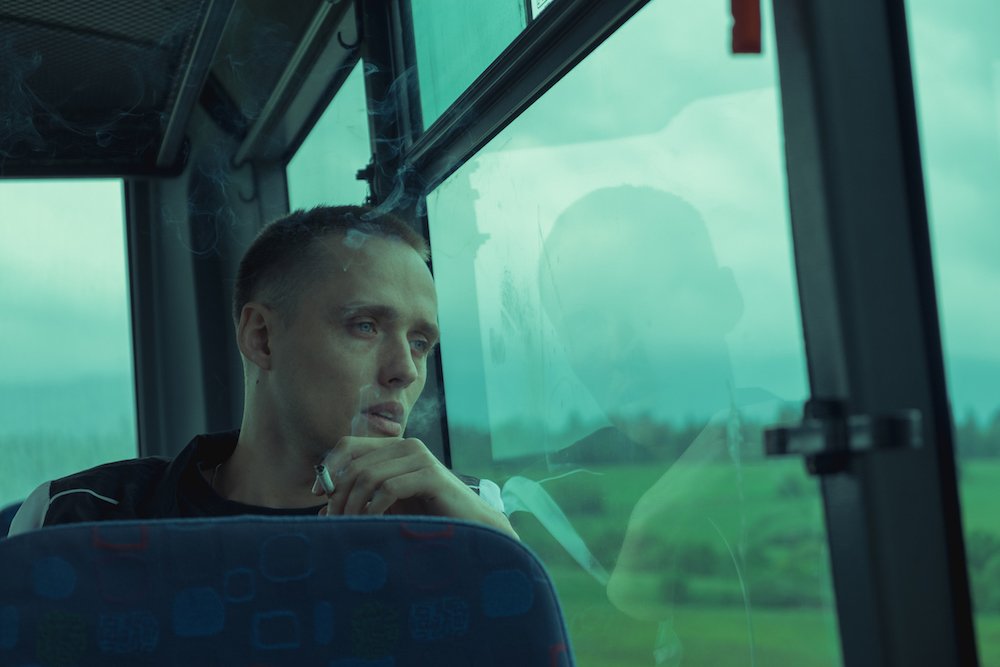 Bartosz Bielenia stars in a scene from the movie "Corpus Christi." (CNS/Film Movement)

"Corpus Christi" is an intriguing Polish film, directed by Jan Komasa, about the warehousing of human goodness. A young prisoner stuck in the dumpster of detention seizes an opportunity for deception — and flourishes.

Judging from my own experience, any form of prison dehumanizes. Rehabilitation happens — when it happens — against great, brutalizing odds. In three months of federal lock-up, I saw the continual beating down of already damaged souls. A patronizing priest turned my stomach: one excruciating Mass, and I never went back.

By contrast, Daniel, the young inmate in "Corpus Christi," finds his luminous self when he assists Fr. Tomasz at Mass. "God is always with us," the priest insists. "Each and every one of you is a priest of God." Daniel sings the 23rd Psalm angelically, but he can never attend seminary because of his criminal record.

Paroled out of "juvie" for a temporary work assignment in the rural countryside, Daniel is caught smoking on a bus by a snarky policeman who sniffs that he can always sense "scum." The use of this word points to deep divisions in Polish society, where only "true Poles" have authority. Anyone else is "scum," to be scraped up and discarded.

When Daniel sees the dismal sawmill workplace, where stacking pallets is a supposed step-up for scum, he leaves and follows the sound of church bells. When questioned about his presence at the church, four simple words — "I am a priest" — change his life trajectory instantly. The elderly pastor, who needs a break, welcomes "Fr. Tomasz," who reluctantly agrees to help out for a few days. (This premise is not so far-fetched. Screenwriter Mateusz Pacewicz researched the phenomenon of priest impersonators in Poland. Real events inspired the story of "Corpus Christi.")

Just how long and well Daniel will live the life of Fr. Tomasz flows through a set of tense challenges right to the last frame. A head-on collision taking seven lives is shrouded in mystery. The village is immersed in pain and division: Was it an accident or murder? Who was at fault? Will the truth bring deep healing?

Daniel/Fr. Tomasz, always wary of being found out, is street smart and determined. He leads primal scream exercises to help cleanse the grieving families of their pain. He listens to a group of young people who reflect the town's deep divisions. He shares a joint to uncover the truth and attempts to reach out to a persecuted widow. His questions reopen wounds and expose misguided revenge. His energetic charisma — including sex, drugs, rap and booze — comes up against entrenched authority and violence. Who is right and who has the power? This painful journey towards compassion and reconciliation is led by one with a collar seeking healing for others and for himself.

When I left prison, I wanted to never hear the "F-word" again. "Corpus Christi" roils with casual profanity, from disturbed detainees to local kids trapped by their bleak futures. It's not easy listening, but essential for this parable of suffering, searching and salvation. Bartosz Bielenia, as Daniel/Fr. Tomasz, is mesmerizing as a penitent sinner becoming an authentic healer. Complicated characters, deftly directed by Komasa, are riveting. Piotr Sobociński Jr., the cinematographer, describes the pared-down pace with subtle color and light as "something akin to a cinematic prayer."

The film explores an immersion in grief, as Poland continues to suffer the fallout from the catastrophic airline crash that killed nearly 100 national leaders in 2010. Komasa believes that some leaders want to use grief for political gain, while others want to move on. Over the last 10 years, Poland has become highly polarized, and the urban/rural divide permeates every aspect of society.

Official trailer of "Corpus Christi" on YouTube by Film Movement

The Warsaw-based filmmakers — who admit to coming from a "liberal bubble" — found it challenging to work in the conservative southeastern countryside. Regional church authorities declared the film's theme "blasphemous" and did not cooperate; they denied permission to film inside any church in the region. Some exterior church scenes had to be done with computer generated imaging (CGI) techniques. On a more positive note, Komasa, who had done a documentary about juvenile offenders, had access to and cooperation from detention centers and included some inmates as extras. He also consulted with priests on liturgical elements.

Much to the surprise and joy of Komasa and his team, "Corpus Christi" received an Oscar nomination as Poland's entry for best international film, as well as many awards from festivals throughout the world. Though made primarily for a Polish audience, the film has a deeply spiritual message of compassion and inclusion that reaches beyond borders. The theme is faith and how we live it, whoever and wherever we are. It draws us to our calling. Truly, each and every one of us is a priest of God.

[Judith Kelly, author of Just Call Me Jerzy, a biography of Blessed Fr. Jerzy Popiełuszko, served three months in a West Virginia prison for an act of civil resistance.]