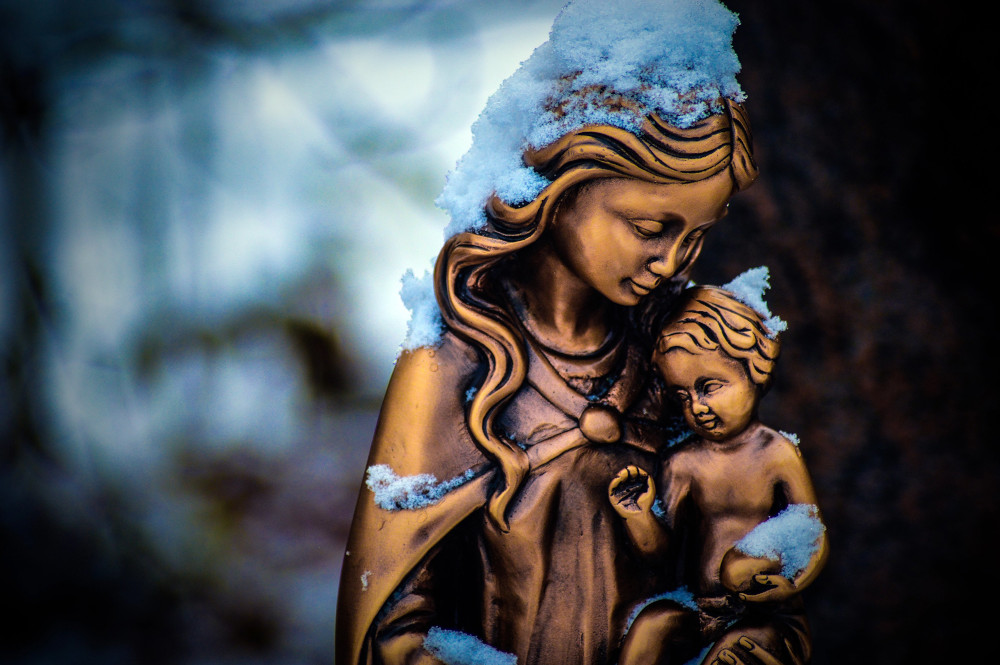 "Lo, a virgin shall conceive and bear a son." Every December, this verse from the prophet Isaiah is featured in Messiah Sings and splashed across Christmas cards. It's a beloved text for Christians the world over.

One problem, or at least a complication: That's not what the Hebrew says.

In their new book The Bible With and Without Jesus: How Jews and Christians Read the Same Story Differently, biblical scholars Amy-Jill Levine (Vanderbilt University) and Marc Zvi Brettler (Duke University) say that in the original Hebrew, Isaiah's prophecy reads, "Look at the pregnant young woman." Had Isaiah wanted to say "virgin" or predict a miraculous birth, he would have used different Hebrew words.

"When Isaiah was translated into Greek, the Hebrew word almah ("young woman") was translated by the Greek word parthenos, which can mean both "young girl" and "virgin," Levine told RNS during a Zoom interview with both authors.

The author of the Gospel of Matthew, in quoting Isaiah, relied on the Greek translation rather than the original Hebrew. He went with reading parthenos as "virgin," and the rest is history.

That story is just one of many fascinating deep dives in The Bible With and Without Jesus, which explores how Jews and Christians often read the same text in very different ways. Some texts that are important to Christians, such as this line about a young woman from Isaiah 7, aren't very significant in Jewish history; others that are significant in Judaism, such as the Book of Esther, get less attention from Christians.

"The three of us are wearing glasses," Brettler pointed out on our Zoom call, in which he was speaking from Jerusalem and Levine from her home in Nashville. "So we all read through lenses, although here we're talking about lenses in the metaphorical sense." 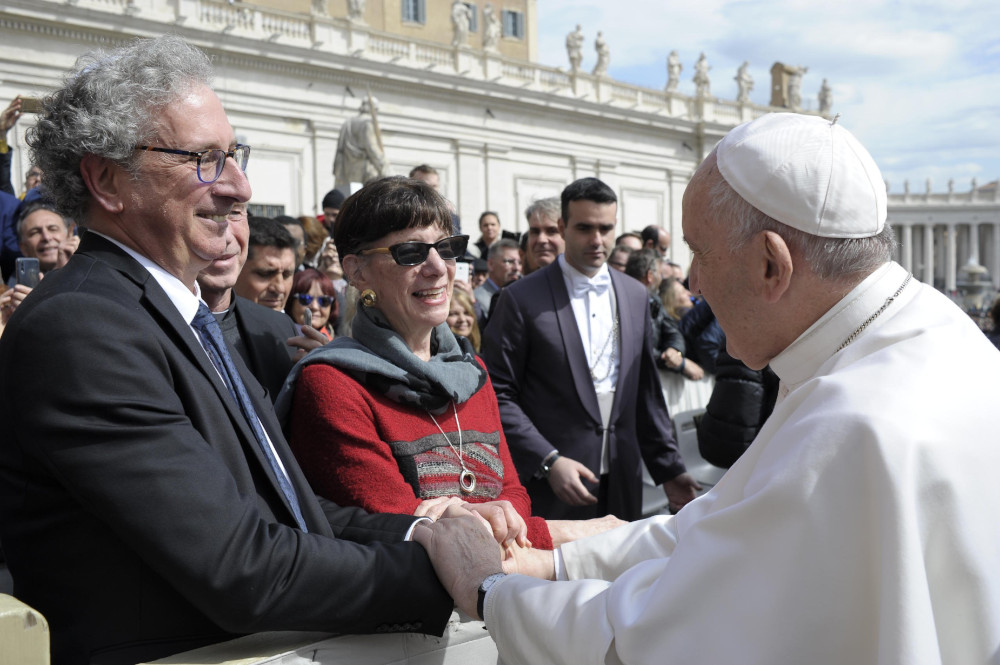 The thing about glasses, though, is that you forget you're wearing them. A major goal of the book is to help readers understand which lenses they've unconsciously worn in approaching the Bible and how other people, with different metaphorical eyeglass prescriptions, might view things differently.

That's true not only in how Jews and Christians interpret certain verses and books of the Bible, but even in how they refer to the broad canon that holds those books. Christians traditionally call it the "Old Testament," which some find problematic, though Levine, who is Jewish, does not.

"In graduate school I was told not to use 'Old Testament' because it's insulting to Jews, and it's demeaning, because 'old' suggests used up or over the hill," said Levine. "I was 21. What did I know? Now that I'm in my 60s, old is absolutely fabulous, like old-time rock-and-roll or really good old-time religion or a precious antique."

Brettler, who is Jewish as well, notes that even the term "Hebrew Bible" isn't perfect, partly because not all of the content is in Hebrew ("Do we want to call it 'the Hebrew Bible, but with some small parts in Aramaic?'" he asks) and partly because it sounds intimidating, as if readers have to be experts in Hebrew before approaching the text.

The authors suggest just using the conventional terms — Old Testament in a Christian context, and Tanakh in a Jewish context — to make it clear which audience is doing the interpreting and which canon they're using. Jews count 24 books in their canon, while most Protestants and Mormons number the Old Testament texts at 39, Roman Catholics have 46, and Eastern Orthodox Christians have up to 49.

The order of these canons always begins in the same way — with the creation stories at the beginning of Genesis — but they end very differently, reflecting on what Jews and Christians decided to emphasize.

"The Christian Old Testament ends with the prophet Malachi predicting the coming of Elijah, which provides a great segue into the New Testament with John the Baptist in the Elijah role," Levine noted. "The Tanakh ends with 2 Chronicles, which is the edict of King Cyrus of Persia, telling the Jews in Babylonian exile to go home. So it doesn't point forward to some messianic movement; it points back to the homeland." 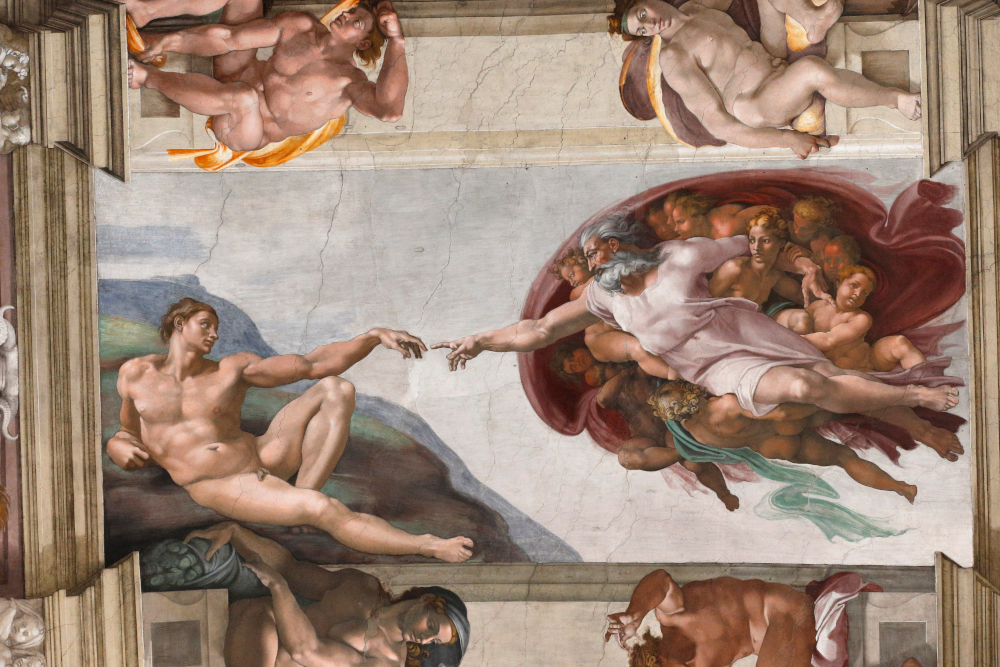 "The Creation of Adam" by Michelangelo Buonarroti is pictured in the Sistine Chapel in the Vatican Museums in this Feb. 21, 2020, file photo. (CNS/Paul Haring)

Even when Jews and Christians are dealing with the same texts in the same order, they often interpret them quite distinctly. That's the case with the Bible's second creation story, about Adam and Eve in the Garden of Eden.

Christians, the authors say, traditionally read that story as being about sin and alienation from God: Eve ate the fruit, Adam joined her in giving up immortality because he was a mensch ("Who couldn't like a guy like that?" quips Levine), and it would take Jesus to put things right again. Christians see the New Testament story of Jesus as repairing the rift created in Eden.

Jews, according to Brettler, tend to read the Adam and Eve story only within the context of the rest of Genesis. It's not that Jews lack a concept of sin, but there's no capital-F "Fall" of humanity.

"In the Jewish reading, Adam messed up, then the generation of Noah messed up, and then let's start again," Brettler said. The next reboot came with Abraham in Genesis 11 and 12, when God "gives up on a certain type of relationship with all of humanity" and focuses instead on "a particular group, namely Israel, with the idea that through Israel the message of morality and of the one God would be spread to others."

Both of these arguments are coherent, the authors suggest. The book doesn't claim one is right or better; instead, it helps readers understand what Jews and Christians see in different biblical texts and how they got there.

"Part of what we were trying to do in the book is introduce one group to the other group's scriptural interpretation," Levine said, "so that at the end they might say, 'I don't agree with you theologically, but I can see the logic of your interpretation.'"