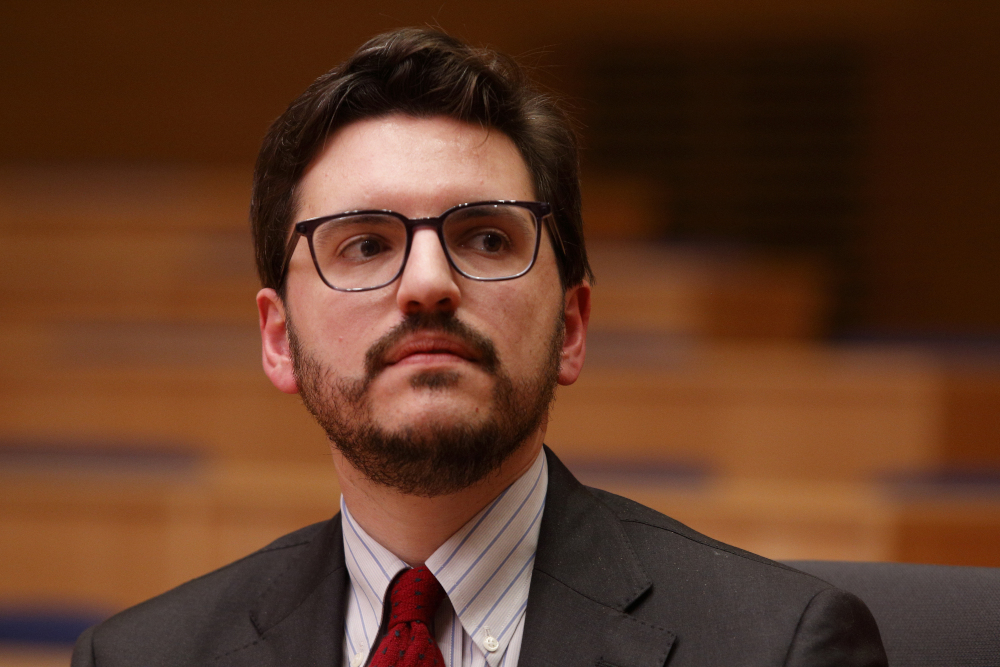 McElwee has offered standard-setting coverage of the papacy of Pope Francis since he was named Vatican correspondent in 2014, after being part of NCR's team covering the 2013 papal conclave. As part of that role, he has reported for the publication from nearly 40 countries and traveled in the press pool abroad with Francis 24 times.

Among those highlights, McElwee was the first journalist to reveal the pope's promise during a closed-door meeting with Catholic women religious in 2016 to form a commission to study the possibility of ordaining women deacons. He also tenaciously covered the pope's clergy abuse commission, revealing tensions among its members and shortcomings to its work.

A graduate of The Catholic University of America, McElwee came to NCR as an intern in 2009. He previously served as NCR's staff writer and national correspondent, and is the co-editor, with Cindy Wooden, of A Pope Francis Lexicon, a collection of 54 essays exploring the unique words Francis has used in his ministry. He often appears as an expert on television and radio programs.

McElwee will begin as national news editor this summer. He and his wife, Kate, plan to be based in the Washington, D.C., area.

NCR will start the search for McElwee's successor on the Vatican beat shortly.

A version of this story appeared in the April 30-May 13, 2021 print issue under the headline: Joshua McElwee named NCR's national news editor.