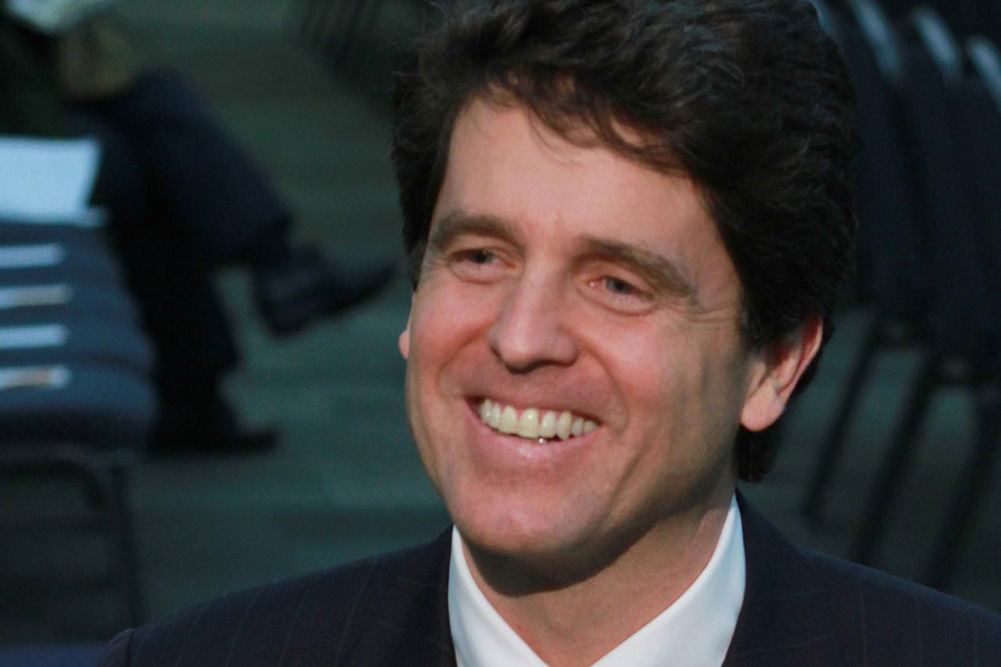 Mark Shriver was born into two of this country's most famous families: the Kennedys and the Shrivers. His mother was Eunice Kennedy Shriver, founder of the Special Olympics and sister to the first Catholic president. His father was Sargent Shriver, the first director of the Peace Corps.

But ironically, Mark Shriver thinks our culture focuses too much on celebrity, wealth and prestige. The world's real heroes, he believes, are those who do little acts of love. Such "hidden heroes" are the subject of his first children's book, 10 Hidden Heroes, released this month by Loyola Press.

Shriver, currently the president of Save the Children Action Network, served in the Maryland House of Delegates from 1995 to 2003. His first book was about his father, A Good Man: Rediscovering My Father, Sargent Shriver, and his second was about Pope Francis, Pilgrimage: My Search for the Real Pope Francis."

"I like writing about goodness," he told NCR executive editor Heidi Schlumpf, who interviewed him over Zoom. An edited transcript follows:

Schlumpf: Why did you want to write a book focused on "hidden heroes"?

Shriver: As a country, we focus so much on power and wealth, prestige and celebrity. Those are the folks who are seen as heroic. I just think that we ought to look at character and goodness, which is different than greatness. I look at the people that are, as Pope Francis says, the hidden saints that live next door. They're doing tiny acts of love. That's a really powerful message. It's a great message to teach little ones, and it's a great message for adults, too. 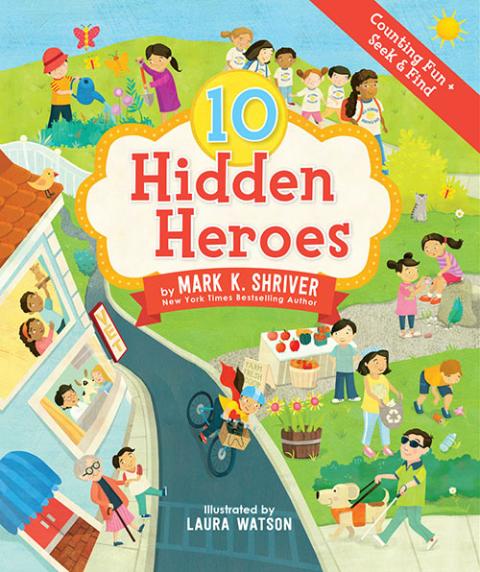 When kids read the book, they ask, "Why is the brother who's helping the sister put on a Band-Aid a hero?" It gives parents a chance to answer: Why aren't we celebrating little acts of goodness like that?

We talk about the Super Bowl-winning quarterback or the CEO who has four houses and two airplanes and six cars. We ought to be having conversations about the Special Olympics athlete or the person who picks up trash in your neighborhood and recycles it.

The whole book is based on Matthew 25, the call to feed the hungry, clothe the naked, shelter the homeless, visit those in prison. It was actually a family project during COVID. For example, on Page 6, the prison outreach reading program is based on a real program where adults teach, through the internet, people who are in prison how to read. My daughter, Molly, who just graduated from Boston College and has been studying and working in criminal justice reform, knew of the Read Right program.

Who are your personal heroes?

My mom and dad, because they treated everybody the same, whether you were a cardinal or a big-shot elected official, or whether you were the waitress at their favorite restaurant or a guy at the gas station. They're not my heroes because they started the Special Olympics or the Peace Corps. What makes them admirable is the way they treated not only each other, as husband and wife, but how they treated their kids, with love and support — especially when we got into trouble! They really saw God in all things. Every day was a chance to go out and try to make the world a little bit better.

Much of your career has involved children, as president of Save the Children Network for example. But your own children are older. This is your first children's book. Why write for kids?

Some of the most powerful books that I've read are children's books. And children's books are some of the bestselling books of all time, after the Bible. Books like Dr. Seuss' Oh, the Places You'll Go! or The Butter Battle Book, which is really about nuclear deterrence — these books have powerful messages and are fun. Back when Dr. Seuss was still alive, I wrote to him and he wrote me back and sent me a "Cat in the Hat" drawing that he did. I framed it and it's in my house. I just think that his message is really powerful. 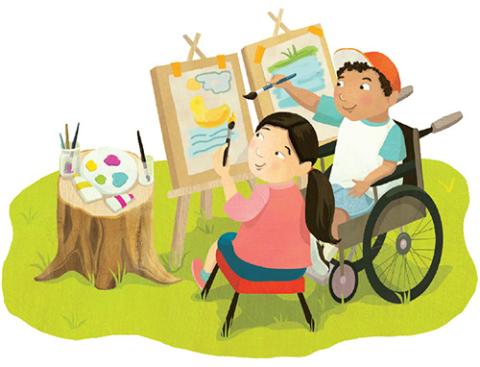 What are some of the issues facing kids today?

As a result of COVID, there's the issue of hunger in this country. The COVID relief legislation will help families that have been dramatically impacted by the pandemic. Kids are facing a number of crises at the same time: from lost jobs, to evictions and housing issues, to health issues. If their parent loses a job, they may lose their Wi-Fi connection and then they're losing ground in school.

But I'm hopeful that there will be a commitment from the federal government and state governments to try to address these inequalities. Given the scale of the crisis, there's a role for government, in addition to the private sector and nonprofit organizations.

Literacy is something we address at Save the Children Network; we give out books and work with families on the importance of literacy. In 10 Hidden Heroes, there is a Save the Children book. It's a shameless plug!

You were involved in the Catholics for Biden group. As you probably know, there has been some disagreement among church leaders about how to approach or deal with Joe Biden, with some bishops having a more confrontational stance and others trying to work with him. Do you have any thoughts on that, as a Catholic who supported Biden?

I'm just an ordinary Catholic in the pew, so I don't have any sway or influence. But I just think that Jesus said we are called to love our neighbor. He had only one commandment, which was to love your Lord your God with all your heart, all your soul, all your might, and to love your neighbor as yourself. So I think we should use language and gestures to try to love everyone, and not try to divide or ostracize anyone.

How can we, as a country or a church, work together in a time of polarization?

My mother was a genius, because she understood that if people with developmental disabilities could excel on the athletic field, people would start looking at them differently. She used sports to change people's perception, which led to a lot of change.

In the book, I try to show that we're all in this together. There is nowhere in the book where it says people are Democrats or Republicans, gay or straight, Catholic or non-Catholic. If we can start looking at each other like that, then we can start having better conversations.

In your previous book, you wrote about Pope Francis. What are your impressions of his papacy, now eight years in?

I think he is continuing to joyfully challenge us in so many different ways. At the very beginning of his papacy, he challenged us to get out of our comfort zones, to go to the margins and be a church for the poor. And now, going to Iraq or incorporating women's voices into some decision-making positions — these are small but important gestures of progress. Clearly, he has differences of opinion with President Biden, but he reached out to try to start talking to him. I think that's the way to move all of us forward.

The best teachers are the ones who challenge you to think differently, to act differently. I like how Pope Francis does that, not as a sourpuss — he used that term — but from a place of joy.

A version of this story appeared in the April 16-29, 2021 print issue under the headline: Mark Shriver talks about his children's book, '10 Hidden Heroes'.