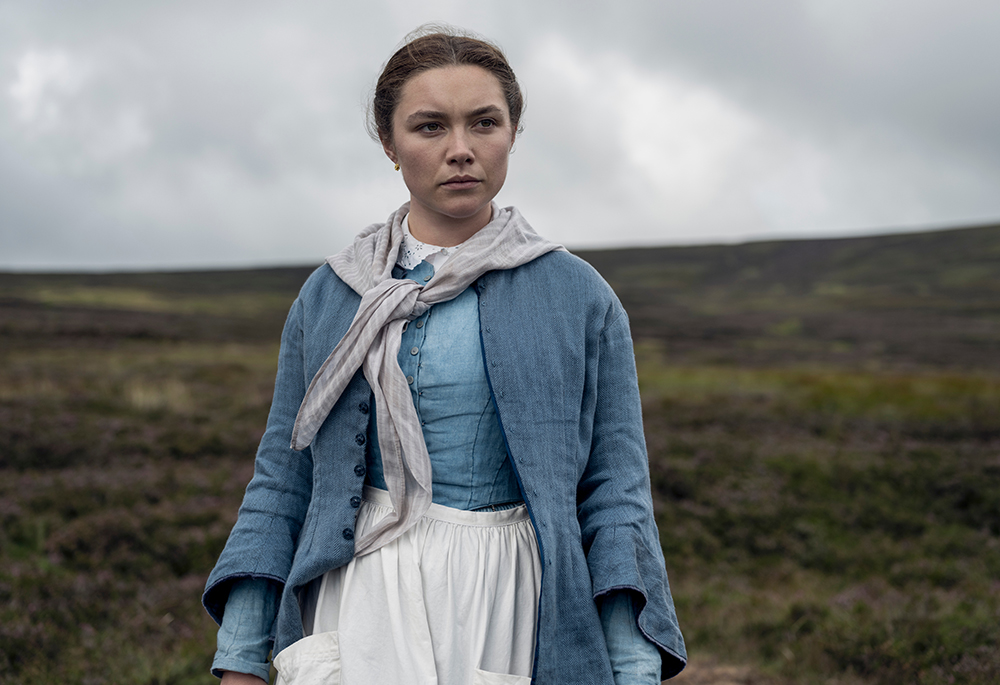 "The Wonder," the latest of director Sebastián Lelio's female-led films, has been widely received with praise. The film premiered this month on Netflix and garnered a lot of attention due to its high-profile leading actress, Academy Award nominee Florence Pugh.

Pugh shines in the role, but that isn't surprising as her best performances are usually in period pieces. She is supported by a hugely talented cast, the masterful artistic stylings of Lelio, and an outstanding soundtrack by composer Matthew Hebert. All of this combines to create a beautiful film whose only fault is its source material.

When I offered to write a review on this movie, I had little to no idea what it was about. The trailer was excellently done, giving just enough context but no spoilers. However, I knew it was about Irish Catholics and if there are two things I am to my core, it's Irish and Catholic. So I enthusiastically volunteered to watch the movie and report back.

To my dismay, this story is basically a fresh take on the oppressor-turned-savior plot device that most often manifests as "white saviorism" in films like "Freedom Writers" and "The Blind Side." 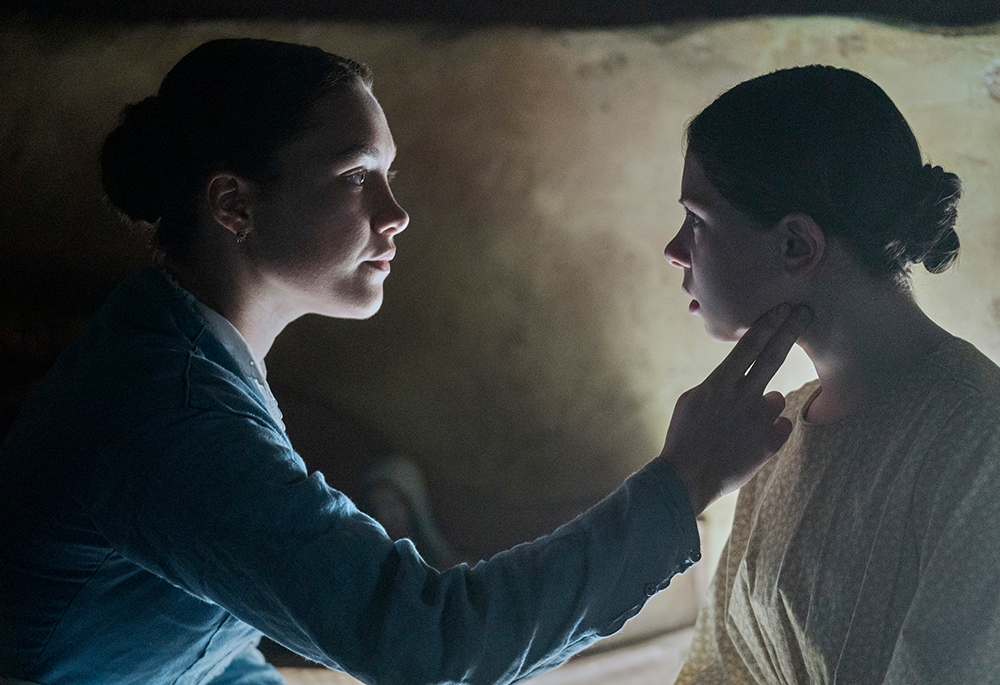 For those who need brushing up on their Irish history, Ireland suffered a "Great Famine" in the 1840s, 10 or so years before this film is set. While the famine is often credited solely to an infection of the potato crop (the main food source of the poor in Ireland), the reality is that it was made incalculably worse by British oppression in Ireland. It is estimated that about 1 million people among the Irish population were wiped out by the famine, and the British government mishandled famine relief. The film is aware (but unapologetic) of this and to that end, begins with a half-hearted acknowledgement of the issue as a narrator speaks in an Irish lilt:

'It is 1862. We left England, bound for Ireland. The Great Famine still casts a long shadow and the Irish hold England responsible for that devastation. There, sits a nurse. An English nurse, all on her own. And it's with her, we begin.'

The aforementioned English nurse is revealed to be Lib Wright, who is running from a painful past. She arrives in Ireland unaware of what her assignment is, and is shocked to find out that she has been brought to monitor a young Irish woman, Anna O'Donnell (Kíla Lord Cassidy), who has allegedly not eaten in four months through the power of God.

The local leaders in church and government, portrayed as either greedy for religious fame and scientific recognition or just uneducated Irish dolts, have combined the forces of a local nun named Sister Michael (Josie Walker) and Nurse Lib (British, and therefore a balancing force against religious bias) in order to watch young Anna and see if she is a living saint or a really good faker. The two women take shifts monitoring the young girl and are named "The Watch." 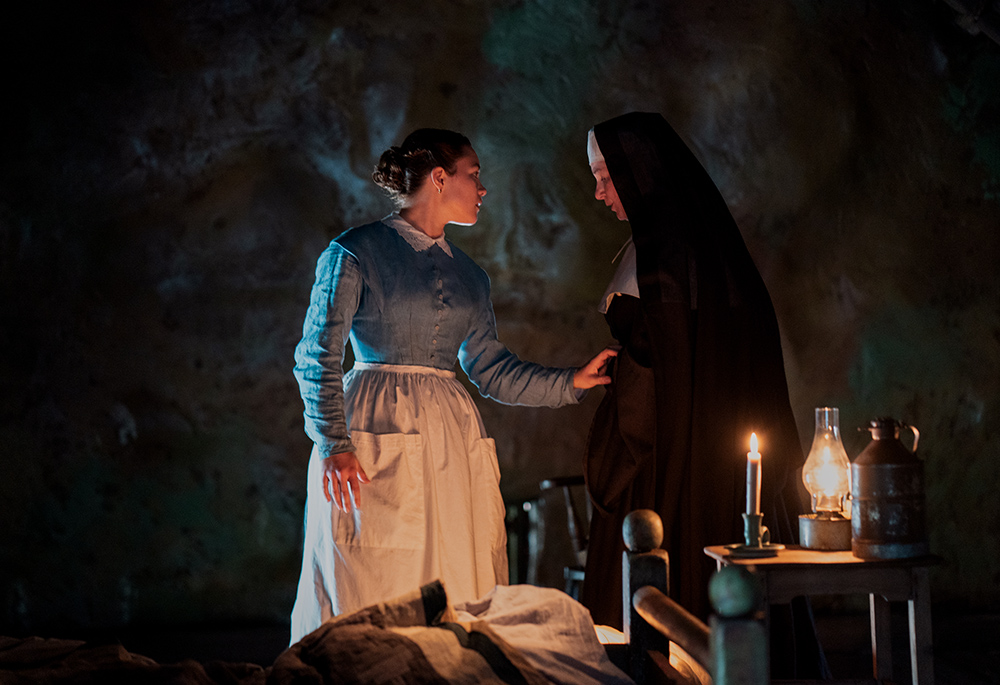 Nurse Lib, benefiting from the advantage of an outsider's point of view and from an apparent superior Anglican mindset, immediately decides that young Anna is lying and sets out to prove why she would fake this miracle, especially at her own detriment. Along the way, she is joined in her efforts by William Byrne (Tom Burke), a London journalist who is later revealed to be an Irish emigrant from the very village that young Anna wastes away in.

I don't think it's spoiling anything to tell you that this Netflix film, and The New York Times bestselling novel it was based on, find damning proof that science prevails over alleged "miracles" once again. And I suppose that isn't surprising — it's very easy to find the proof of the point you're trying to make, especially when you're the author of a fictional story.

And therein lies my greatest qualm with both this film and the book it's based on. While it is masterfully and beautifully done, one has to wonder about "The Wonder" — why? What was the point of this story?

The white saviorism tropes of "Freedom Writers" and "The Blind Side" are problematic and in many ways indicative of the years they were released (2007 and 2009 respectively) but were based on real events. Why did the author feel compelled to take the true stories of Victorian-era "fasting girls" (who were mostly American) and superimpose their issues against an Irish backdrop?

While it is masterfully and beautifully done, one has to wonder about 'The Wonder' — why? What was the point of this story?

The film does its best at answering these questions in the voiceover epilogue after the logic-minded and heroic Englishwoman has saved the little Irish girl from the religious fanatics and abusers that run rampant or' the green hills of the Emerald Isle:

'Perhaps it is not a village that gathers to grieve what it has lost and repent its sins of omission. Nor a single nation. All over the empire, are not children left to lie down and die in ditches and gutters every night of the year? It is a whole sorrowful world that's too hungry to see the wonder in every ordinary child.'

It's a humanistic point that the film attempts to accomplish and, in many ways, it delivers. Where hoax miracles and exploitative religious structures fail, a pair of unlikely but determined Londoners succeed.

I won't deny the shortcomings of my beloved church or Ireland. The church in Ireland is currently answering for its sins of sexual abuse and neglect/malpractice by religious institutions in the uncovering of mass infant graves in County Galway.

But who is working to heal those wounds? Is the U.K. shipping over feisty British nurses by the dozen, or is the painful work of reconciliation being done by a people that are more than capable of doing so without the hand-holding of a paternalistic oppressor-turned-savior? 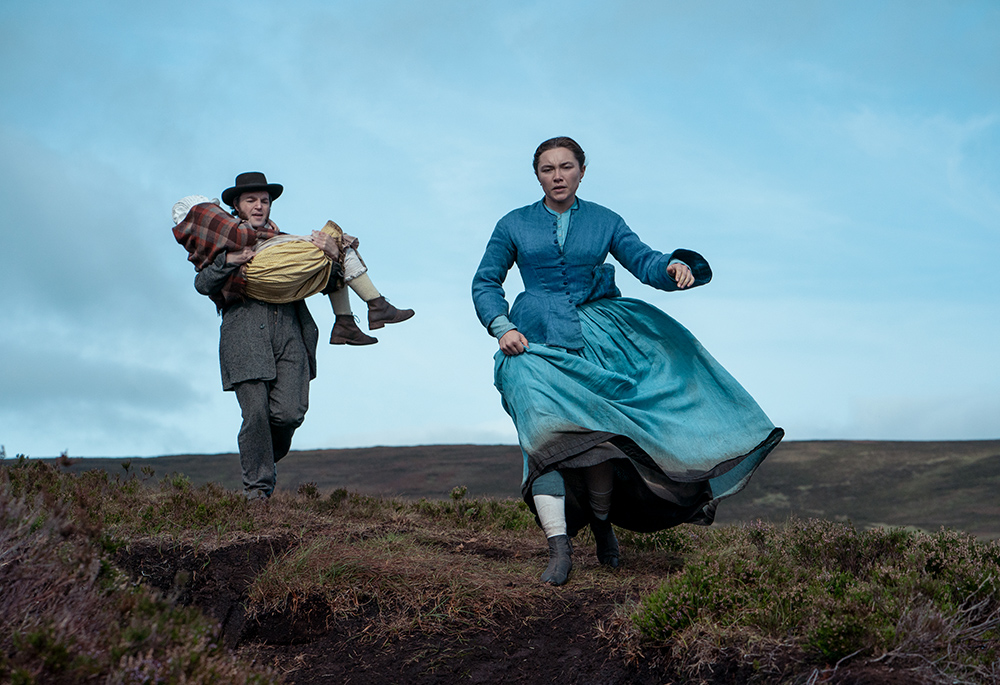 What's most disappointing about "The Wonder" is how very close it came to being clever: all the writers had to do was to combine the traits of the savior character, Lib Wright, with her Irish love interest, William Byrne. If Nurse Lib had been named Maebhe Coyle, returning back to her memory-haunted hometown, then this might have been a moving story instead of a lesson in self-indulgence.

Instead, Leilo's film sits awkwardly on the same platform that carries "Derry Girls," the smash hit comedy about Northern Ireland teens that actually had the foresight to use Irish heroines. Where "The Wonder" attempts to write a British story in Ireland, "Derry Girls" handles the complexities of Irish culture and faith with self-awareness and an open mind. Sure, they make their homeland the butt of the joke in a way that actually makes a lot of the same points as "The Wonder," but the difference in who is telling the joke makes all the difference in who is laughing after it's been delivered.

I'm inclined to handle this with a wry sense of humor. When will the creative world learn its lesson?

Perhaps all Hollywood really needs is for a nice lady from London to show up at their front door and explain it to them.

Official trailer for 'The Wonder' (YouTube/Netflix)