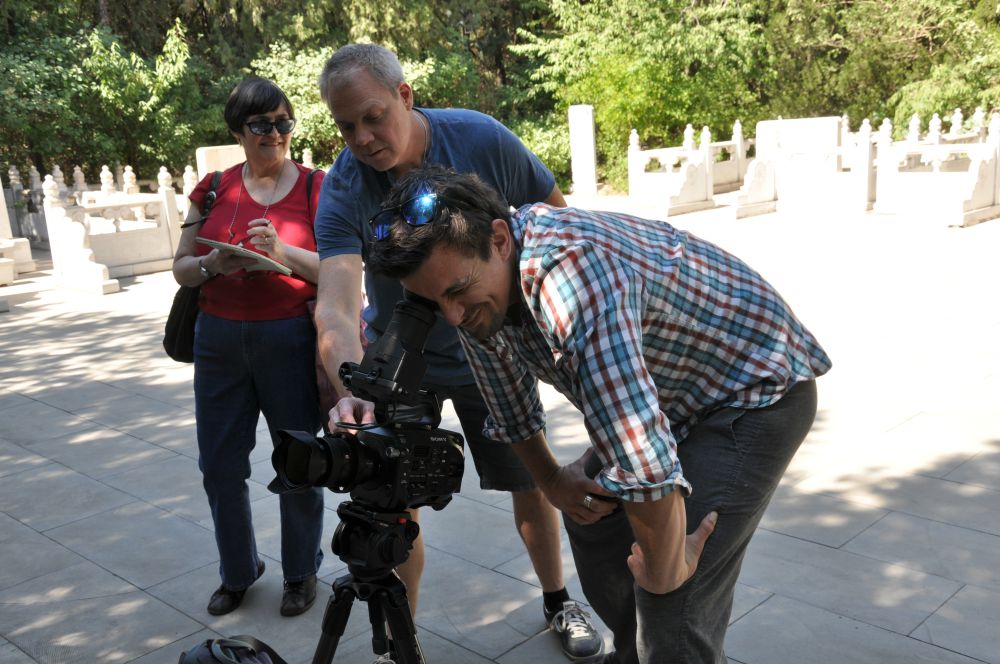 It wasn't until the early 1960s, when he was in studies to become a Jesuit, that Frank Frost saw his first movie. It was 1948's "Johnny Belinda." He's never forgotten it.

"I was totally bowled over," he said. For Frost, the 10th of 13 children growing up in 1950s South Dakota and Indiana without even a television, the experience was a revelation. "I was planning on majoring in English literature, and this was to me the new literature."

It would be the start of his career as a filmmaker. Now 78, Frost and his wife, Mary, 72 (he left the Jesuits after a decade, before ordination), are working on the project of a lifetime: a documentary about the French Jesuit and paleontologist Pierre Teilhard de Chardin.

"There was a warning from the Vatican in 1962 that seminaries shouldn't let students read Teilhard," recalled Frank with a chuckle. "So of course, we did." But it would be several decades before Frank really got to know the legendary priest, who died in 1955, by traveling the world in his footsteps.

"The Teilhard de Chardin Project" has taken the Frosts from France to England to China — where Teilhard was essentially exiled in the 1920s for his "dangerous thinking" on science and evolution — beginning with research in 2012-13 and filming in 2016. They interviewed the surviving members of Teilhard's family and visited the chateau in which he grew up. The family foundation has given the film its blessing.

In partnership with Oregon Public Broadcasting, it's set to air in 2020 on PBS.

"We often say it's several stories," said Frank, a stack of Teilhard's books, with Frank's notes from his novitiate days, nearby in their home in McLean, Virginia, where their studio is located. "Clerical Indiana Jones. 20th-century Galileo. And it's a love story."

A chance comment a decade ago about a bust of Teilhard planted the seed for the project in Frank's and Mary's heads.

"Someone said a film on religion and science would be interesting, so we very tentatively started researching," Frank said. "We tried a lot of projects that never got finished because we couldn't raise the funds. But this is close enough to our hearts that we decided to stick with it." 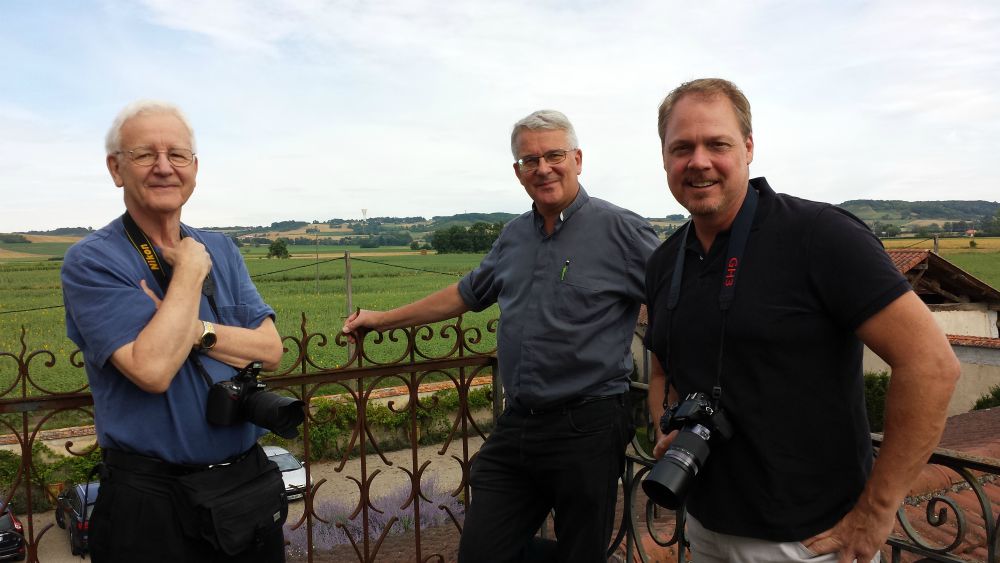 Movies have been in Frank's heart since the novitiate. While still in formation, he met Jesuit Fr. Patrick J. Sullivan, director of the National Catholic Office for Motion Pictures (before 1965 called the National Legion of Decency). Sullivan's influence was significant, and Frank began reviewing movies for him.

Despite Frank's desire to study film, the Jesuits sent him to get a doctorate in English but ultimately gave him the go-ahead to enroll at the University of Southern California, where he earned a doctorate in film communications.

In 1970, after he'd left the society, the U.S. Conference of Catholic Bishops hired Frank to make films documenting poverty in the United States for their newly formed Campaign for Human Development. He worked there for eight years before starting his own company; his earliest projects included films on the jazz musician Dave Brubeck, Pope Paul VI, and Pope John Paul II's 1979 visit to the United States. 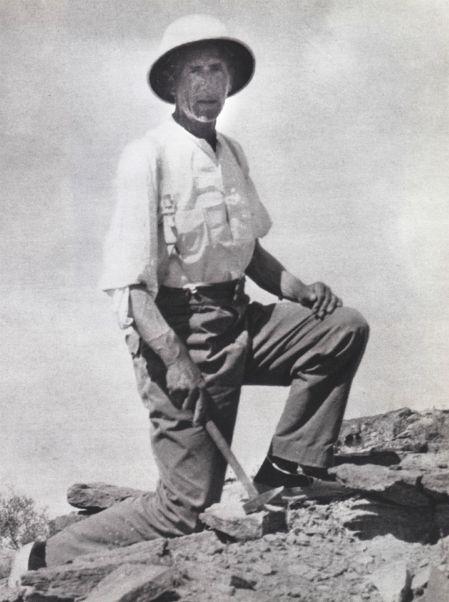 In 1935, Teilhard joined Helmut de Terra on an expedition in the Punjab region of India from October through December to map stratigraphy. This picture is identified by the Teilhard Foundation in Paris as being from that expedition.

Business was good, good enough that Frank needed help staying organized. Enter Mary Link (now Frost), six years younger and from a small Catholic family in Ohio. While Frank was studying to be a priest, she was studying English and journalism at the University of Toledo with no clear idea of what to do next.

"I got out of college in a very fermentable time," Mary said with a sly smile. She wandered about Europe, came back to the U.S. and entered a doctoral program that she quickly realized was not for her — she didn't want to teach. She ended up in a reporting job with legendary Washington, D.C., newspaper woman Esther Van Wagoner Tufty, known as "The Duchess."

Mary spent a few years working for Tufty, reporting on Congress, then took a position at Congressional Quarterly, where she covered health care and justice. "I was working as a researcher the day Nixon resigned," she said, recalling that she fielded several frantic phone calls from Walter Cronkite's research assistants while he was on the air, breaking the news. "They asked me what year Nixon's mother died!"

She married and moved to Florida to live on a sailboat for a few years but returned to D.C. after the marriage ended.

"I was really kind of flailing," she said, when a friend mentioned that a local filmmaker was in need of an assistant. Was she interested? "She told Frank I'd work for free," Mary said. Frank only intended to hire her for a month, at minimum wage, so she'd have a credit to put on her résumé.

"I was rather rude to Mary, I'm sorry to say," he recalled ruefully. But then, suddenly, business was booming. His eye for filmmaking and her talent for logistics — whether finding accommodations for the crew in Africa or tide tables in England — were a match. "In a very short time, she made herself indispensable."

And that's been the case ever since. 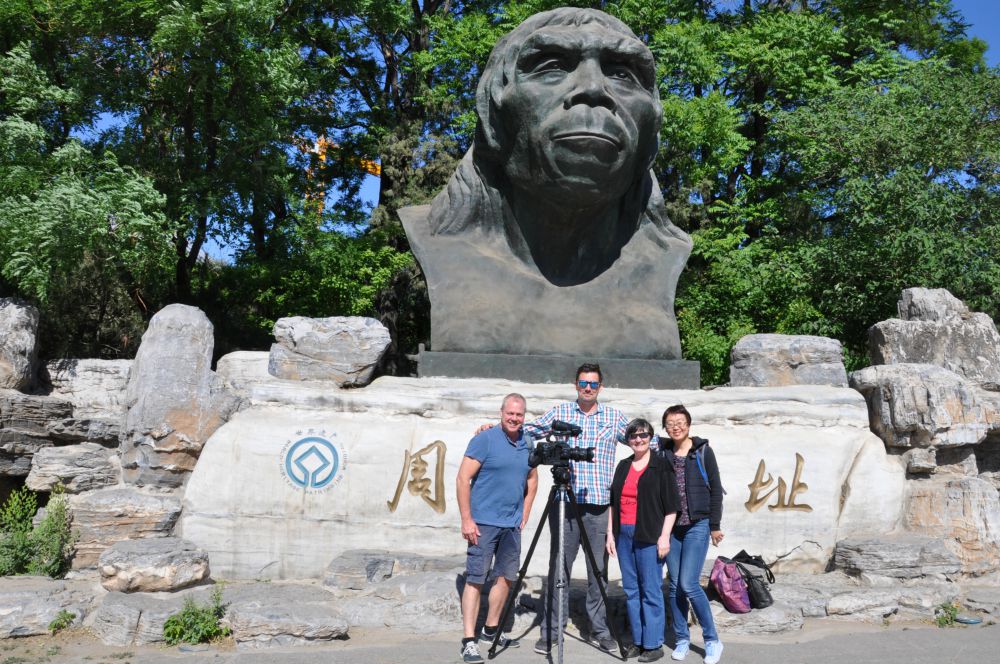 Co-producer Jesuit Fr. Eddie Siebert, cinematographer Erik Lohr, Producer Mary Frost and associate producer for China, Cindy Zeng pose near a monument to the discovery of "Peking Man" at Zhoukoudian in China, where Teilhard de Chardin was part of the discovery team in 1929. (Courtesy of Frank Frost Productions)

The couple have a daughter, Claire, who lives with her husband, Zack*, and two young sons in Richmond, Virginia. They met during college, at Duke.

"The boys are a delight, and we have really enjoyed being grandparents," said Mary. "And they have turned Frank into a major Duke basketball fan, though he is always loyal to Georgetown, too!"

They also have more than 200 nieces and nephews over three generations on Frank's side of the family.

Even their spare time, which they don't have much of while working on the Teilhard Project, is taken up with movies. Frank has long been a member of SIGNIS, the international Catholic media organization affiliated with the Vatican, and has served on SIGNIS juries at major festivals in Berlin, Venice and Monte Carlo and for the Prix Italia. He's now a president of SIGNIS North America, for the United States.

Since 2000, Frank and Mary have led a National Film Retreat every summer, either on the East or West coast, with NCR film reviewer and Daughters of St. Paul Sr. Rose Pacatte. The Frosts also created, in 2009, and chair a SIGNIS jury at Filmfest DC, Washington's international film festival.

"We have had a long-standing interest in recognizing quality films," said Mary.

Eight years ago, they started the "Movie Moments of Grace" film club at their parish, Holy Trinity, near Georgetown University's campus. They show five films each season, and attendance hovers between 80 and 100 people. The films are chosen for what the couple call their "human or spiritual value."

"This is not a teaching moment," said Frank of the post-movie small group discussions, which take place over wine and cheese. "It is a discovery moment." 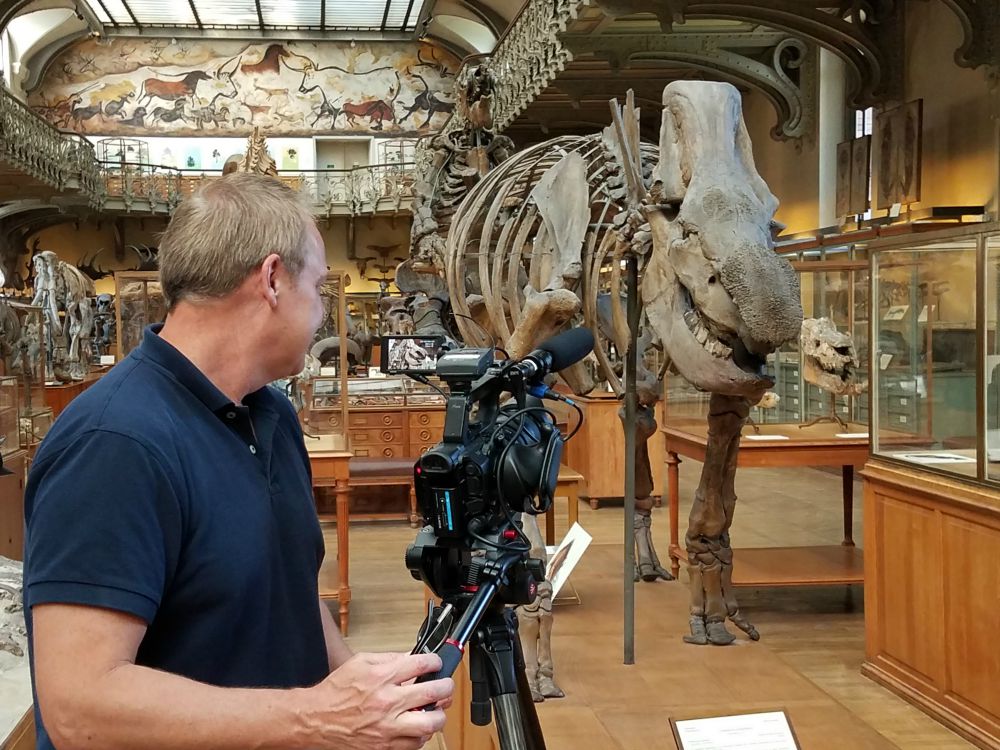 Jesuit Fr. Eddie Siebert films the giant rhinoceros specimen on display at the National Museum of Natural History in Paris, France. The fossils were collected by Teilhard de Chardin during his first paleontology expedition in China in 1923. (Courtesy of Frank Frost Productions)

The project of a lifetime

Frank Frost Productions has made more than 30 films, including a 10-part series called "Scandinavia," narrated by Walter Cronkite; "Bernardin," about the life and death of Cardinal Joseph Bernardin of Chicago; and "Thérèse: Living on Love," about Thérèse of Lisieux. Now, after nearly 40 years of working together, the couple is close to completing their most ambitious, personal project.

"If we had the money tomorrow, we'd finish in a year," Frank said, but he didn't sound discouraged. "We've never reached an obstacle we couldn't overcome. It's almost miraculous."

Jesuit Fr. Eddie Siebert, president of Loyola Productions in Los Angeles, collaborated with the Frosts on this film and watched the way they work together. He's learned a great deal about his fellow Jesuit Teilhard in the process and admires the couple's energy and "guerrilla" documentary style. He's now a co-producer on the film.

"Filmmaking is hard no matter what. You have to get the right crew, and when you add world travel and you're on a shoestring budget, you really have to use all your wits," he said. "It's remarkable to watch them. I take away this real inspiration about what it is to make films that one is passionate about, and that's pretty exciting, especially as a filmmaker, and as a Jesuit."

The appreciation goes both ways.

"Eddie has brought a Jesuit understanding of Teilhard," said Mary, "along with a much younger outlook."

Siebert, who had never traveled to China before, is anxious for viewers to come to know Teilhard — the priest, the scientist, the environmentalist — when the movie is complete.

"What Frank and Mary really want to do is make Teilhard accessible to people who have an interest," he said. "You don't have to have a Ph.D. in science to understand that Teilhard the man was fascinating."

* A caption in this story has been updated to clarify the identity of a person in the photo, and the name of Frank and Mary's son-in-law has been corrected.

A version of this story appeared in the Feb 22-March 7, 2019 print issue under the headline: Couple wrapping up project of a lifetime.