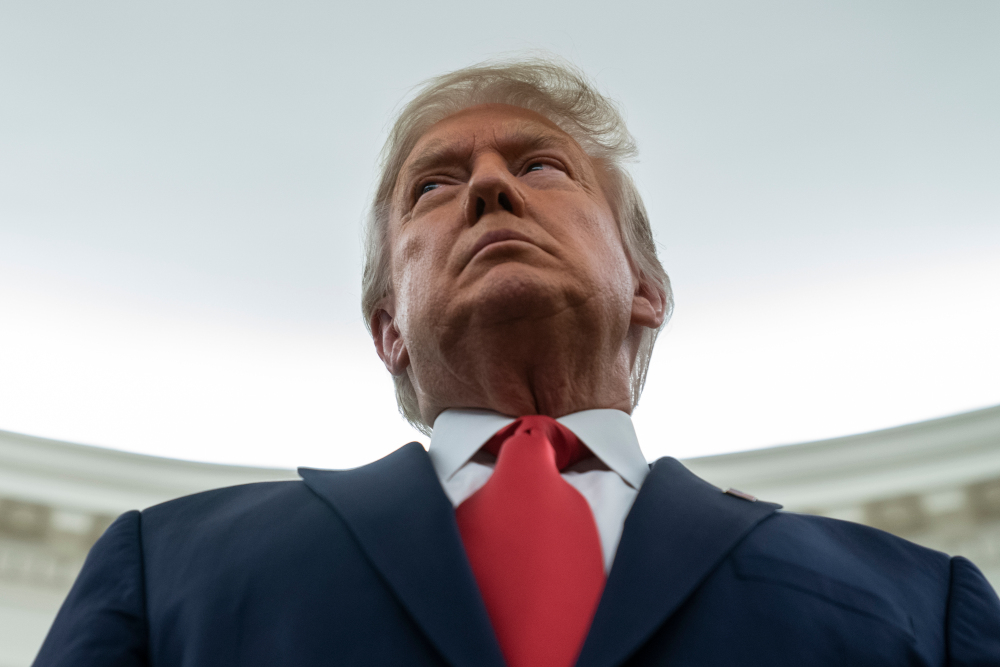 President Donald Trump listens during a ceremony to present the Presidential Medal of Freedom to former football coach Lou Holtz, in the Oval Office of the White House, Thursday, Dec. 3, 2020, in Washington. (AP/Evan Vucci)

On New Year's Eve, I made a resolution to stop obsessing over Donald Trump once Joe Biden was inaugurated as president on Jan. 20. I promised not to tweet anything about the outgoing president until at least after Easter.

Trump has been a national obsession since he began running for president in 2015. He consumes all the oxygen in the room. Every conversation eventually turns to him. There are few if any Trump-free zones in the country, even in church on Sunday.

Polite society used to avoid talking about sex, politics and religion, but those days are over, since talking about Trump involves all those topics.

Trump is an obsession among his supporters, who think he is God's gift to the country.

He is going to protect us from socialists, atheists and secularists. He is the defender of religious liberty and unborn life. He is God's anointed, who like Cyrus will use his power to protect God's people. His support for Israel will help bring about the second coming of Christ.

Trump is an obsession among his opponents, who see him as a threat to the foundations of the republic.

He is a narcissistic despot who will abuse his office to retain power. He cares nothing for immigrants, refugees or the poor. He is either a compulsive liar or delusional.

He is a serial abuser of women and cheats on his taxes. He is Putin's puppet and places his own interest over those of the country and his party. He is the Antichrist.

Trump is an obsession for the media. 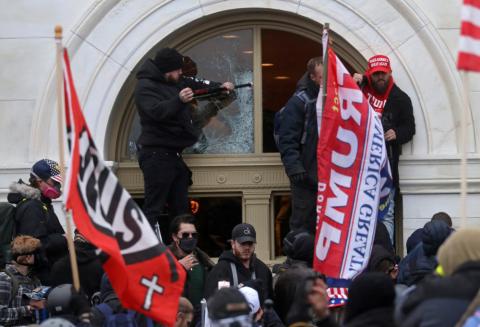 Every newspaper, every news program, is talking about him nonstop. The media know that stories about Trump increase their ratings and therefore advertising revenue. Trump knows how to use the media to his advantage. The traditional media know they are being used, but also know they cannot ignore him.

But when he is no longer president, do we have to continue obsessing over him?

The Democrats appear unwilling to let him go quietly into the night. Rather, they plan to impeach him again, keeping him as the center of attention for months to come, blocking out media attention for the Biden administration's inauguration and first month or months in office. The chances of Trump's being convicted — which requires a two-thirds vote in favor from the Senate — are almost zero.

Impeachment will also help Trump raise millions of dollars from his base, purportedly for his defense fund. In reality, Trump will use it as a personal slush fund that will increase his power after he leaves office.

Impeachment may be legally appropriate, but it will not heal the nation. Despite his being impeached the first time, 74 million people still voted for Trump. Will a second impeachment convince any of them? Better to leave him to federal and state prosecutors.

The best punishment for Trump would be shunning, a practice in some religious and tribal societies where you treat the shunned as if they were dead. You do not talk to them or about them. They do not exist. Shunning — or its Catholic counterpart, excommunication — is the religious equivalent of amputation. It is an extreme measure to protect the community from infection.

The country needs protection from Trump, but attacking him for four years has not worked. Nothing could be worse for a narcissist like Trump than being ignored. He wants to be the center of attention. He feeds on conflict.

So here is my plan for at least the next few months:

Instead, read stories about climate change, refugees, the unemployed, COVID-19 and the new administration. Read the Scriptures. Pray. Treat Trump like a temptation that must be thrust from your mind. Let him become "he who cannot be named."

We must get over our obsession with Trump and return to building the kingdom of God, a kingdom of justice and peace.