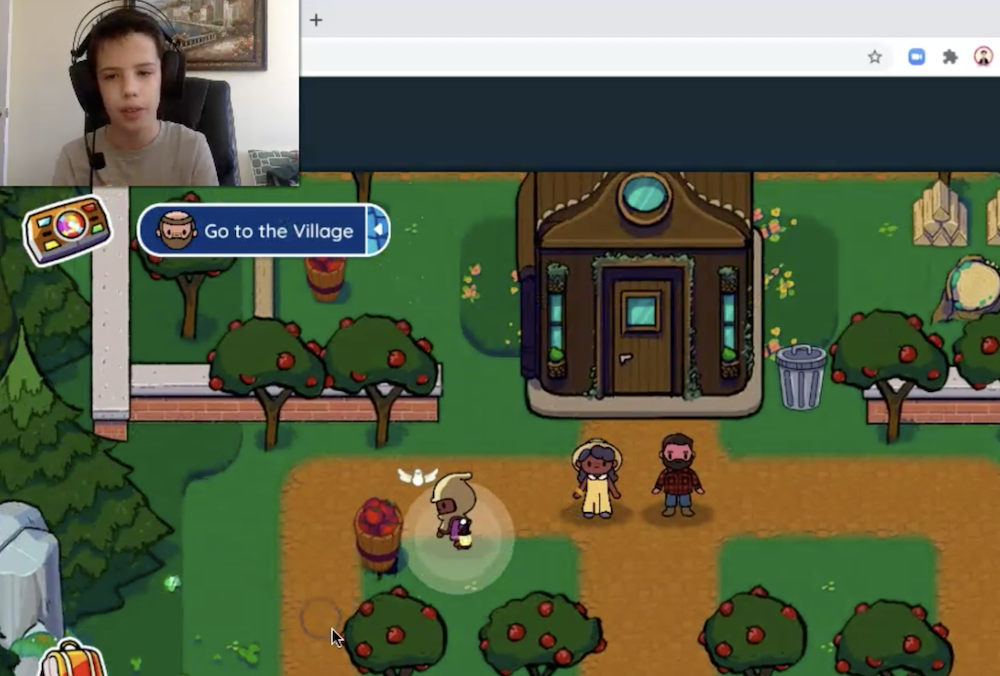 "Wanderlight" is a children's video game published by Loyola Press. It is a role-playing game that takes place on a map with opportunities to encounter characters and discover objects. The gameplay is similar to that of the popular game franchise, "Pokémon," where a player's character has conversations and tasks that make up the progression of the game. It should be noted that, unlike other role-playing games, "Wanderlight" has no battles or competitions.

The game begins with the player's character at home preparing for a pilgrimage. As a pilgrim, the character will venture out into different places encountering various saints, learning about their lives and contexts while engaging in different tasks or quests for items inspired by the saints in some way. For example, invited by St. Ignatius of Loyola to begin their pilgrimage with prayer, they come to know the Glory Be. St. Francis of Assisi asks the player to collect dogs that need care or to gather up raccoons that are grabbing food from markets in the town.

Along with the quests, players are introduced to prayers, devotions and explanations of different aspects of Catholicism. The game progresses through seven different levels, with accompanying plots and discoveries. Players witness a baptism. They help a family in need. After getting vegetables for the community dinner, players learn how to say grace. They can access the "prayer tent" where they click and learn about devotions like the rosary or prayers like the Examen or Our Father.

Often, players are required to make a moral decision. When they encounter a boy on the road who has crashed his bike, they can help him (like the Good Samaritan), or they can ignore him. Making good choices not only opens up more opportunities in the game, but they also make the player's lamp grow brighter as the game goes on.

Overall, our experience — I'm 15, and my brother who did the video review is 11 — with the game was generally positive. The game did not lag in pace and kept us engaged while simultaneously exploring religious themes, though it is probably best suited to an elementary school audience. We could see this game being useful for religion  (or "CCD") classes because it takes many aspects of Catholicism and presents them in an engaging way that could reinforce whatever lessons the teacher wants to cover.

[William Lee is a sophomore at Regis High School in Manhattan. His brother Ben Lee is a sixth-grader at St. Gabriel's School in the Bronx.]