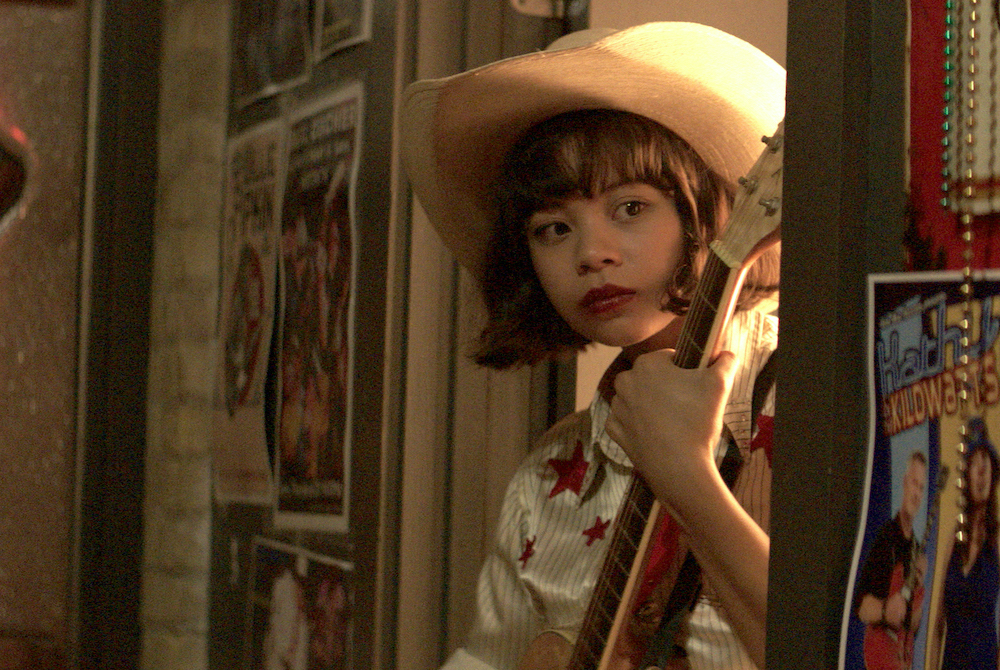 Eva Noblezada, plays Rosario, the daughter of an undocumented Filipina who has a talent for country music in "Yellow Rose." (EPK.TV/Stage 6 Films)

In Diane Paragas' musical-drama feature, the lead character reveals casually what the title "Yellow Rose" means. Of course, our immediate association would be with the familiar folk song, but "Rose" here is Rosario (Eva Noblezada), an undocumented 17-year-old Filipino-American, who, showing an inclination for singing country music as a child, was given the racially insensitive moniker "Yellow Rose."

While this could've kindled didactic sociopolitical commentary on the complicated issues of migration and race, Paragas ferries the story toward a more personal and original current. The migration tinderbox menacingly hovers in the backdrop, but the film's deeper focus is on a talented girl wading into waters rarely tested by a non-Western immigrant, let alone an undocumented Filipina.

Rose dodges the watchful eye of Priscilla (Princess Punzalan), her loving but strict mother, sneaking her songwriting and singing into her homework schedule. Home is the Bastrop Inn, a roadside motel in the outskirts of Austin, Texas, where the widowed Priscilla works as a front desk clerk and housekeeper. Priscilla had been keeping their undocumented status a secret for fear of causing her daughter anxiety.

But one day, Rose and her friend Elliot (Liam Booth) drive back in the wee hours after some innocent fun at a country music bar, and witness her mother being arrested by Immigration and Customs Enforcement agents. The rude awakening sends Rose into a breadcrumb trail to the unknown. Having nowhere to go after an uneasy reception at her aunt Gail's house (Lea Salonga), Rose accepts the help and hospitality of kind strangers. Serendipitously, she finds a supportive mentoring figure in Texas country singer Dale Watson (playing himself). As she struggles to set her own course, Rose begins to find her own voice as a budding country singer. 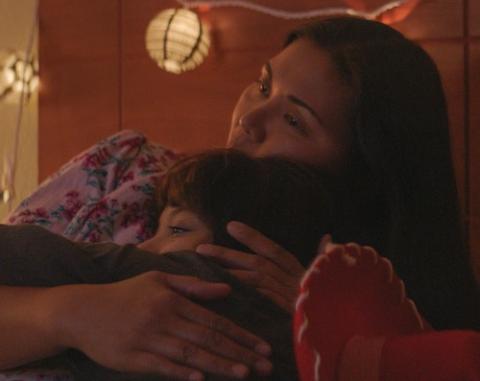 Bringing her aesthetic sense as a documentary filmmaker (her last project was "Brooklyn Boheme" from 2011) in "Yellow Rose," Paragas infuses the story with a convincing realism through unobtrusive camerawork and effortless dialogue, and by maintaining a simple, even-keeled narrative. This is the clear strength of the film — it feels authentic.

The same can be said of the ensemble cast, all of whom are uniformly "non-acting." Playing the lead role of Rose, Noblezada, whose work in musical theater ("Miss Saigon," "Hadestown") earned her two Tony nominations, handles both fragility and strength — sometimes at the same time — with consummate ease; this is inflected in a beautiful singing voice that has obviously scaled much higher ranges. Noblezada is so earnest and convincing, it seems she was born to play Rose.

Punzalan portrays Priscilla as a fretting Filipina mater dolorosa with every emotion etched on her face. Tony and Olivier winner Salonga (the first "Miss Saigon"), a national treasure in the Philippines, is effectively calibrated as Priscilla's estranged sister Gail. With such a casting coup, I could not help but wonder why Salonga was only made to play such a small role. It would have worked to throw a little more light on Gail's estrangement from Priscilla than the bare allusion: "I guess we just drifted apart."

The rest of the cast is equally convincing. Watson — who wrote and performed a number of songs in the film — is at once a foil and a kindred spirit to Rose; the chemistry between them forged by country music is unusual in the best sense of the word. Booth as Rose's friend and blooming love interest, is loyal and likeable. Libby Villari is almost frightfully warm and caring as bar owner Jolene, but she's no white savior. She offers Rose genuine hospitality, not salvation. 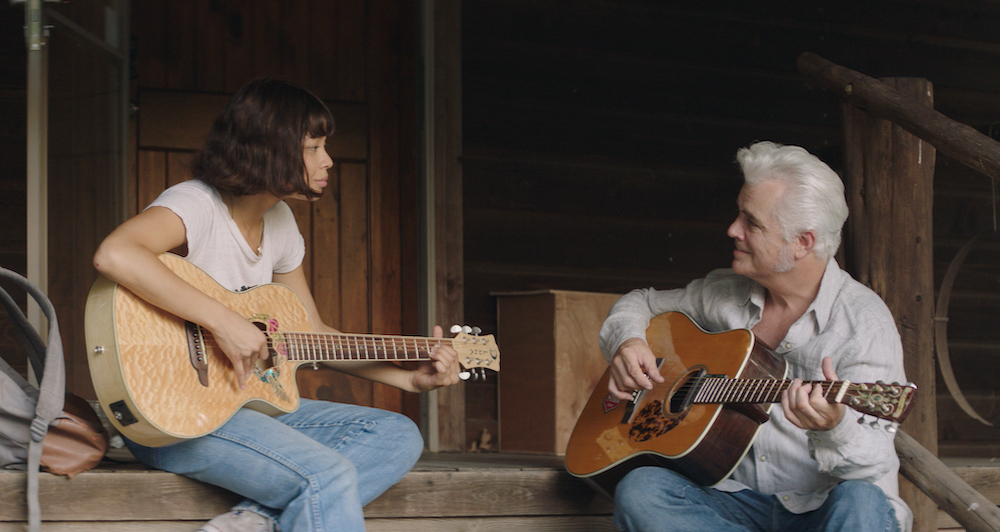 Eva Noblezada, left, as Rosario and Dale Watson as himself in "Yellow Rose" (EPK.TV/Stage 6 Films)

With an abundance of sympathetic white American characters and the cinematographic paean to Austin, the small windows where Philippine culture is allowed to shine through are confined to the fleeting scenes that reference Priscilla's Philippine roots. Rose represents the contradictions of a second-generation immigrant with only vague markers of her cultural heritage.

But Priscilla was born and raised in Manila and her backstory bears wounded diasporic memories. It is reasonable to presume that like most Filipino immigrants, her exodus was not so much about the abandonment of one's beloved homeland, but rather a pragmatic quest for greater opportunity. It is in this regard that I feel the film could've been more nuanced. Surely, when Rose asks her mother what it was like in the Philippines, there are more heartfelt ways of describing one's home than a trite "Crowded, hot ... but we had our family and friends." The iconic Filipino song "Dahil Sa Iyo" ("Because of You"), an affecting musical motif in the film, and an inspired counterpoint to American country music, was a missed opportunity for a glimpse of the Filipino soul. The cultural window begs to be opened slightly wider.

That said, "Yellow Rose" succeeds in telling a familiar immigrant story in an original way. The noble American national narrative that has, for generations, drawn dreamers from all over the world says that no matter where you come from, you can be an American — Mexican American, Indian American, Filipino American, the inclusivity is open-ended. 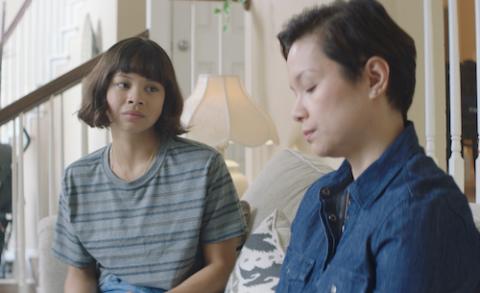 There are over 4 million Filipino Americans living in the United States, the fourth largest immigrant group in the country, yet they continue to be hidden and muted in the cinematic imagination. The story of a gifted young Filipina immigrant audaciously laying claim to her American dream by way of country music is a small but bright epiphany that must be seen — and heard.*

[Precious Blood Br. Antonio D. Sison is associate professor of systematic theology at Catholic Theological Union in Chicago with a research interest in global audiovisual culture. He is the author of the upcoming book, The Art of Indigenous Inculturation (Orbis, Spring 2021). "Yellow Rose" is currently showing in theaters from Cinematografo and Sony Pictures.]

*This sentence has been clarified from its original version.